2015 kicked off with shock news from Portland State University (PSU), and their formaldehyde study continues to reverberate through the vaping year. Could this be about to end? Doctor Farsalinos certainly hopes so with the release of his study proving that the high levels PSU detected only exist in dry burn situations. 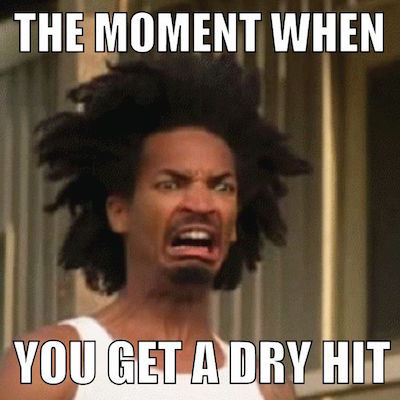 PSU’s lead researcher went to great pains to express his dismay at the way his research had been misinterpreted by ecig opponents and the media. Unfortunately his study then became a reference point for further flawed pieces of work that produced similar findings.

Farsalinos wasn’t alone in criticising PSU’s work. Taking to the keyboard, he and others of similar mind sent letters to the New England Journal of Medicine (the journal that published the original paper). The response from the PSU team demonstrated that they fully accepted the limitations of their work.

This latest work from Team Farsalinos is the first part of a series looking at the effects of temperature, made possible by the successful crowd funding campaign carried out last year. This paper is freely available, titled “E-cigarettes generate high levels of aldehydes only in ‘dry puff’ conditions”, and published in the journal Addiction.

“This study is a result of severe personal frustration seeing the complete lack of understanding by several scientists on how e-cigarettes work and how they are used by consumers,” said Farsalinos. “The authors of those studies and reports should have known the existence of the dry puff phenomenon since I have presented it in detail in a publication back in 2013!”

The experiment utilized a pair of Svoëmesto Kayfun Lites, one running a dual coil and both using silica wicks. Vapers identified the power settings where they could detect dry hits before the equipment was moved to a smoking machine to take four second draws and obtain readings. 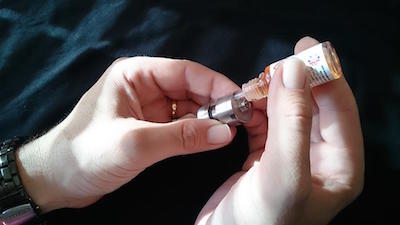 The “minimal levels” of formaldehyde (and other aldehydes) detected at normal levels of vaping (up to 10W on the dual wick, 7.5W for the single coil) were up to 350 times lower than aldehydes found in cigarette smoke. It should be noted that “normal” in these readings were for wet wicks as the single coil in this experiment generated dry hits at 10W. The resistance of the coil(s) determines when dry hits occur and dictated the power setting when they were observed.

Farsalinos explained: “Our results verify previous observations that it is possible for e-cigarettes to generate high levels of aldehydes; however, this is observed only under dry puff conditions, which deliver a strong unpleasant taste that vapers detect and avoid, by reducing power levels and puff duration or by increasing inter-puff interval. Minimal amounts of aldehydes are released in normal vaping conditions, even if high power levels are used. In those normal-use conditions, aldehyde emissions are far lower than in tobacco cigarette smoke.”

Professor Peter Hajek, director of the Tobacco Dependence Research Unit at Barts and The London School of Medicine and Dentistry, UK, commented: “These findings emphasise the importance of making clear the conditions in which tests of this kind are undertaken and avoiding sweeping assertions that can mislead the public. Vapers are not exposed to dangerous levels of aldehydes. My reading of the evidence is that e-cigarettes are at least 95% safer than smoking. Smokers should be encouraged to switch to vaping.” 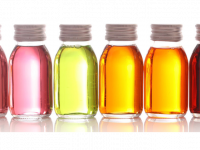