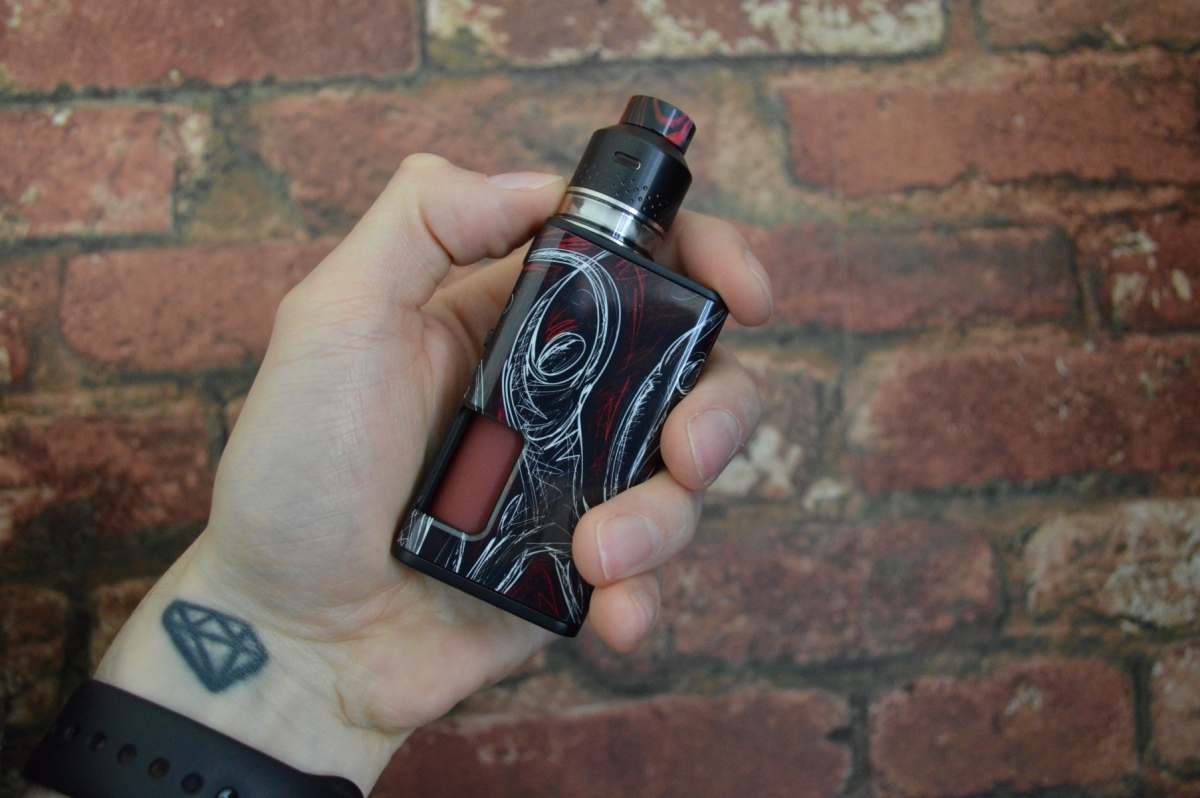 Bring to the surface…

Wismec is back again with another BF (bottom fed) Squonk box. Sqounk mods are my devices of choice and having witnessed the Wismec range evolve from the Luxotic to the Luxotic DF right up to the new Luxotic Surface…I was prepared to be blown away! 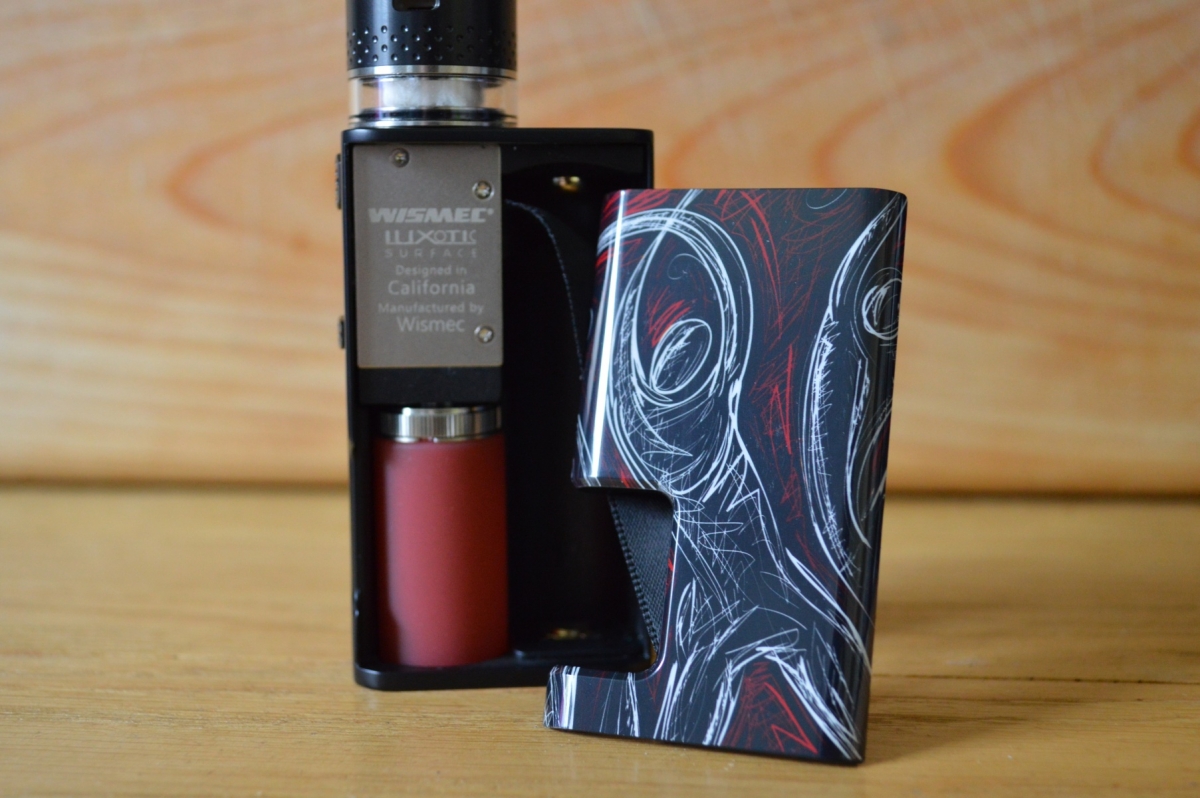 There are four different colour options, black outer with basketball, honeycomb, linear and unistar. All are very eye catching and I’m sure they will attract a lot of attention. The kit retails at $60-$70 or £49.

The mod takes a single 18650 cell. The batteries last some time but the performance does drop off slightly in terms of power.

Power range is between 5-80W which works on VW, V, TC, curve, and bypass. The chipset in this kit is great, it is the new Avatar chip which is being used in most Wismec kits nowadays.

The tank supplied in the kit is the all new Kestrel which is very nice to look at and compact. It’s says it’s a new RDTA, but I will get to that later in the review.

The kit comes with a USB charging cable which is standard throughout the vaping world. The warranty and the usage leaflets were also included in this which was nice as it was a sample for reviewing. It comes with two red BF bottles which will hold 7.5ml of e-liquid when filled to the metal brim. I like these as they are easy to squeeze and are well made. How long they will last I’m not sure, but they seem good so far. 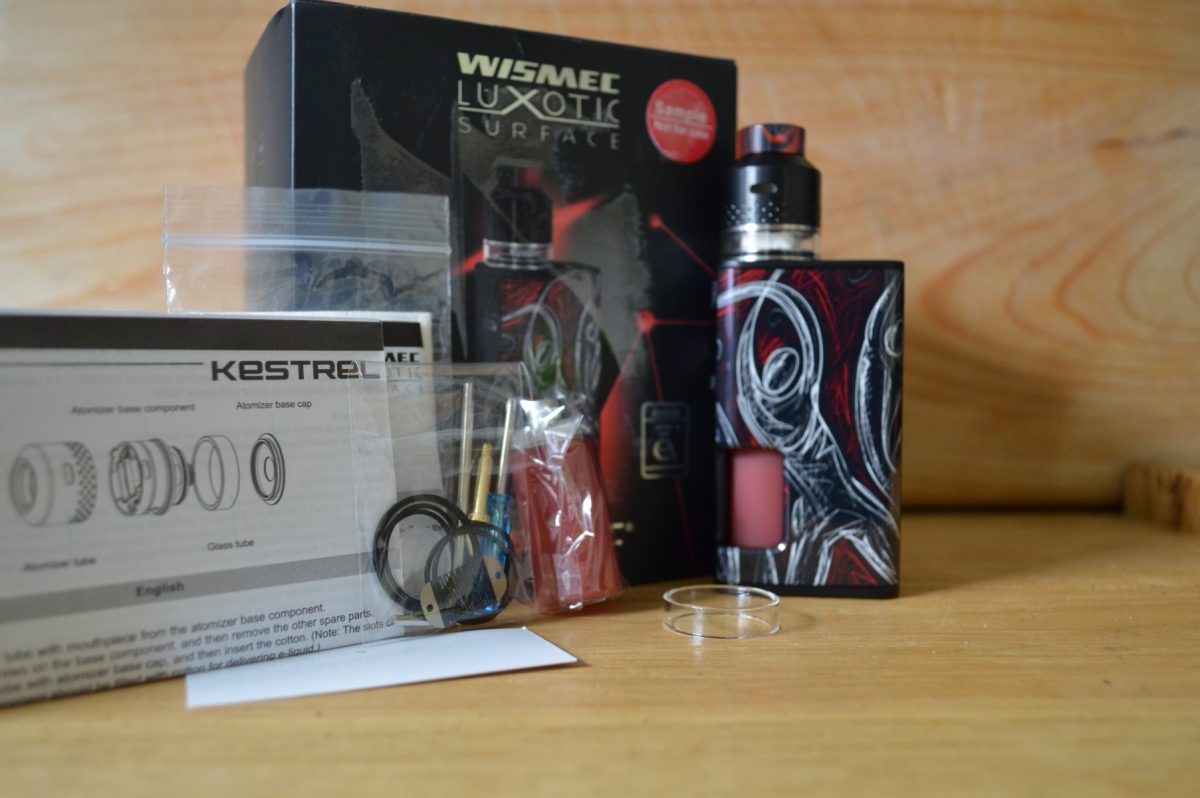 The Luxotic has a single fire button which is very clicky and feels very robust. This mod has a great regulated wattage of up to 80W, which for me is an improvement on previous versions. Why they didn't up it on the old Luxotic, I do not know. The power is constant and works well with the Avatar chipset, which has been upgraded to fire at 0.001s. I'm not sure how this is going to keep the mesh element from burning and gunking up.

The mod can take up to a 25mm tank comfortably, it can handle 26mm but it will have a slight overhang of .25mm on either side.

The build quallity is great. It is a solid metal device which tops others in the category at present with regards to the pricing. The plastic finished battery cover is easy to remove and has a strong magnetic connection to both the battery housing and the mod itself. Sadly this seems poorly made and I’m not a fan of it at all. The bass plate covers the bottle opening, again this is magnetic too, but isn’t finished to the standards of previous designs. The bottom is cleverly built up of a little honeycomb plate which acts as a heat sink to direct warmth from the battery and mod and I haven’t had any overheating so far. However, there is some issue with it displacing itself due to a slight catch on the bottom side. 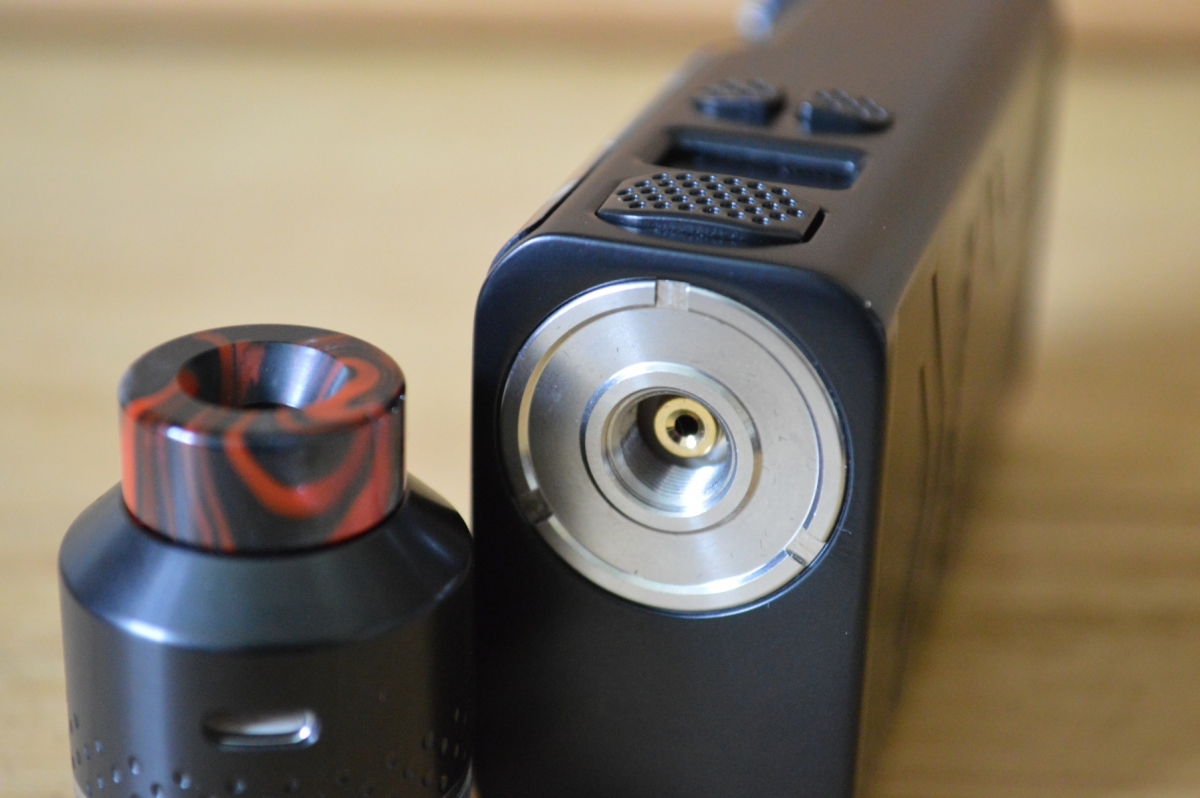 Building on the deck is simple and it takes less than two minutes to whip the old coil out and replace it with a fresh one. The coil does have a few issues though which can be a major problem. Using a sugary liquid, gunk built up very quick and the ohms were reading all over the place. I did try it on another mod but there was no difference. The wicking has to be set just right to make sure that you have the cotton just slightly touching the base of the tank so it isn’t compacted to the floor. I tried this twice and the second time was much better.

The priming takes minutes and it can be vaped pretty soon after. The feed system is built on an aluminium rod and the liquid pours into the tank well when the bottle is compressed, but there are a few issues with air locking. As this is a BF mod and an RDTA, it caused the bottle to not draw back when decompression. 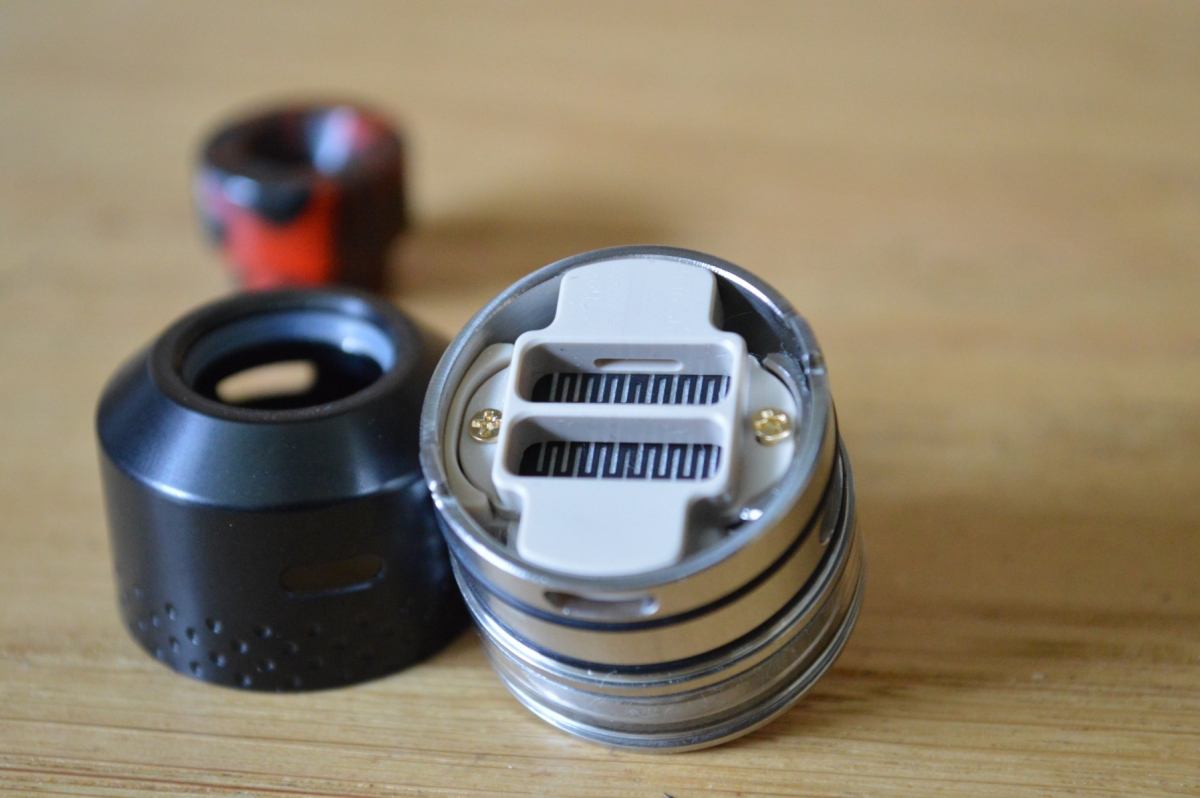 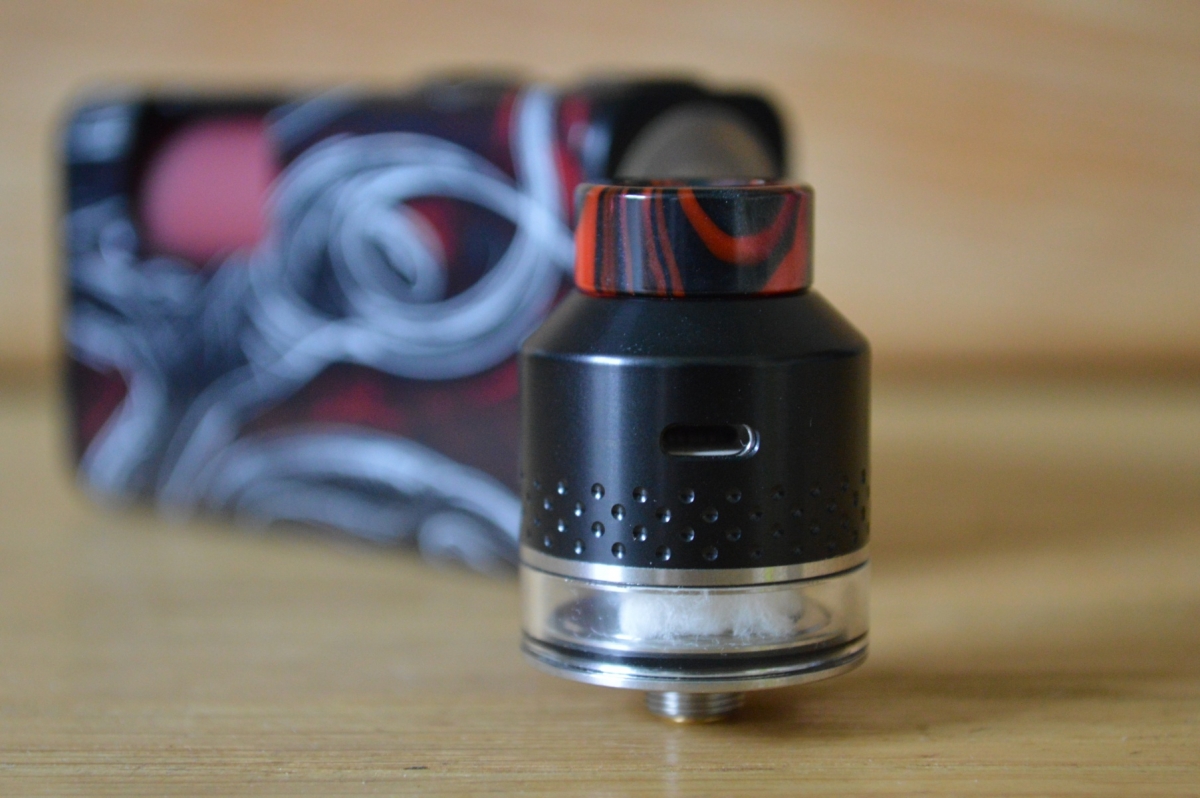 So, would I buy this mod? Yes but with reservations. It’s sleek, simple and looks good. However, the Kestrel Tank isn’t the best and seems to be a strange choice by Wismec. Now the mod is an all-round good bit of kit, especially with the variable wattage options, but having another tank on the mod would make this much better, for instance the Guillotine would match nicely. What I would have liked to see is JayBo flying in and putting his spin on the design as the first Luxotic was amazing and looked pretty decent in my opinion. Maybe next time I could help design what could be a more attractive and convenient bit of kit… 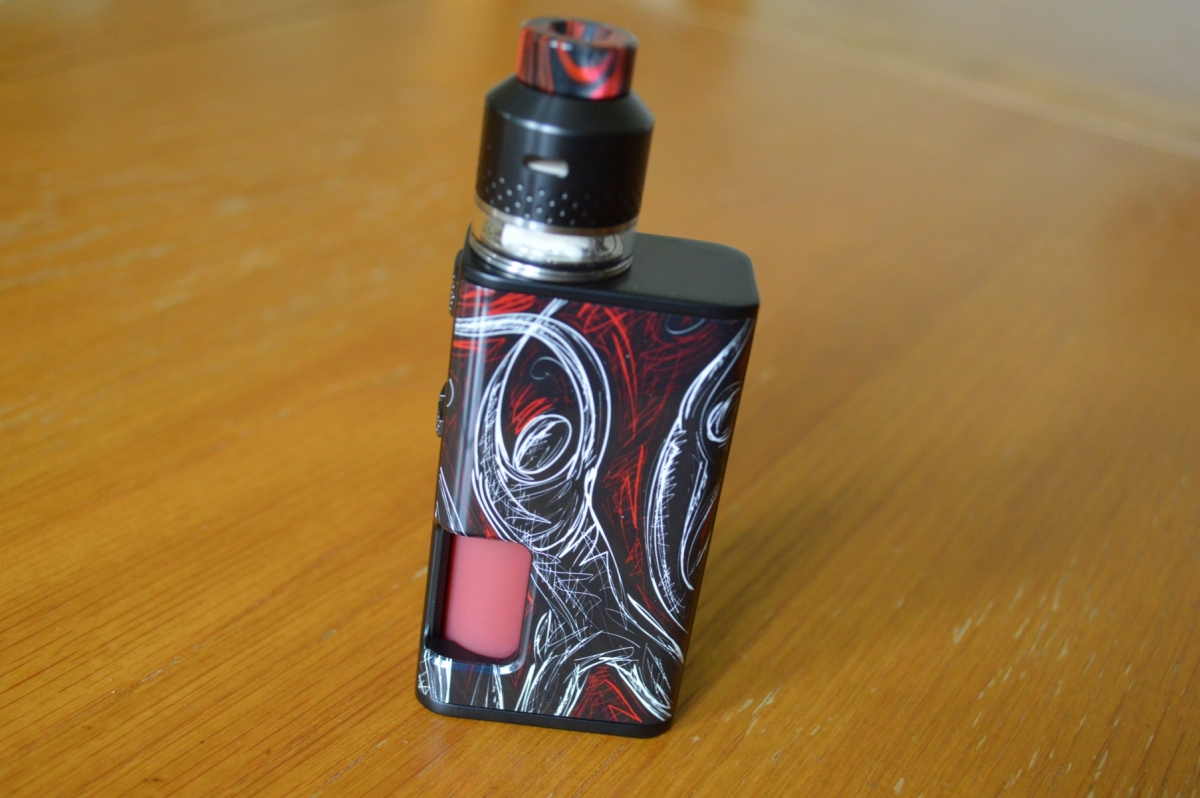