Over the past few months Yihi have released three “auto squonk” pod style kits under their IPV, Vsticking and Yihi brands. Today I’m taking a look at the mid range offering from Vsticking, the VKsma, which offers all the more advanced features of the top of the line Yihi version, unlike the entry level IPV version, whilst still managing to hit an affordable price point. This was kindly sent over for review from our friends at Sourcemore. 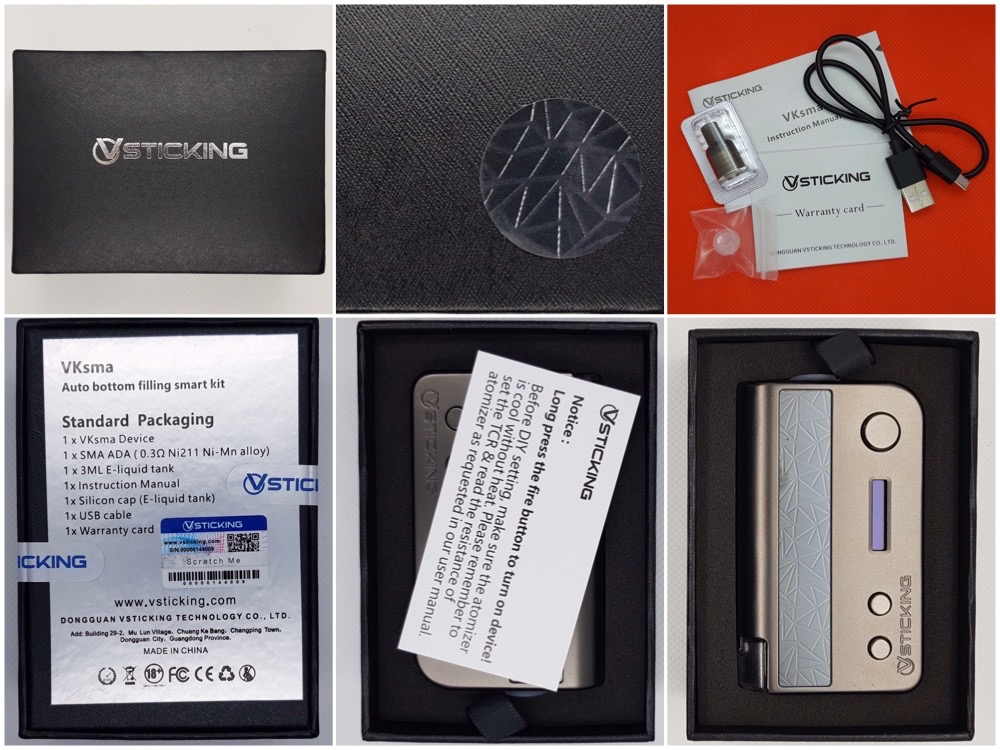 The kit comes in a small black box with a large Vsticking logo on the front and a list of contents on the back, and is sealed with two security stickers. The only colour indication is given by a small sticker on one side of the box so I was a little in the dark as to which colour I’d been sent until I’d lifted the lid which could have been made much easier with the inclusion of a couple of finger cutouts. You also get a card advising you how to turn the VKsma on, warranty card, instruction manual, usb cable but only one SMA-ADA atomiser. 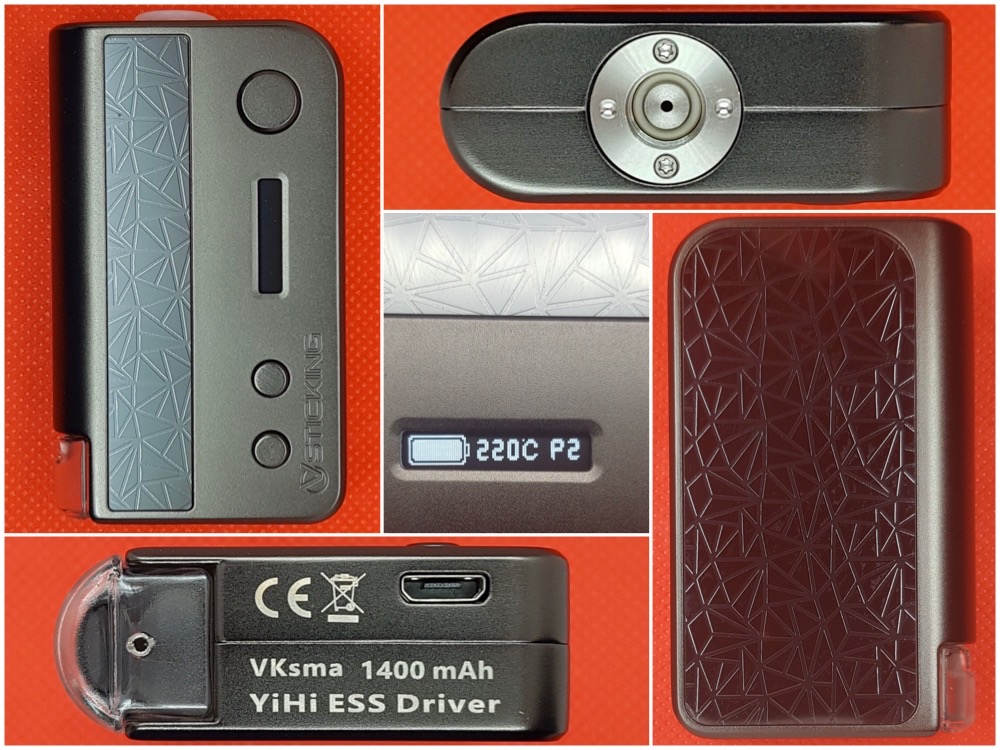 The main device itself is fairly small but feels surprisingly heavy at 138 grams thanks to its zinc alloy construction. The main control side has power/up/down buttons with a small screen in between them, and a decorative inlay down one side. This inlay is repeated on the other side. On the bottom is a micro USB port for charging and the tank to hold your eliquid. The VKsma has a 1400mAh capacity with 1amp charging, and this was borne out in my tests with a 0.96amp charge rate and a recorded capacity of 1395mAh. It took a slightly disappointing 1hr 38minutes to achieve this though.

There’s a proprietary non-510 connector up top for your atomizer and whilst I can understand Yihi perhaps wanting to limit you to their own atomizers, I find it bizarre that the three variants of this kit from IPV, Vsticking and Yihi all use different connectors! This means you’re going to have to choose wisely if you decide to go down this route. If you only use stock coil setups then the cheaper IPV version may suit your needs, but if you want to use one of the optional rebuildable atomizers, you’re going to have to go for this mid range Vsticking or the more expensive Yihi offerings.

The three control buttons are all raised from the main body of the mod with a decent amount of resistance and zero button rattle. I’ve found this much more comfortable to use as a left handed mod due to their position, but right handed use is almost as comfortable. The tiny screen means you will need your reading glasses if you’re of a certain age like myself, it is thankfully fairly bright though so seeing it outside isn’t a problem. 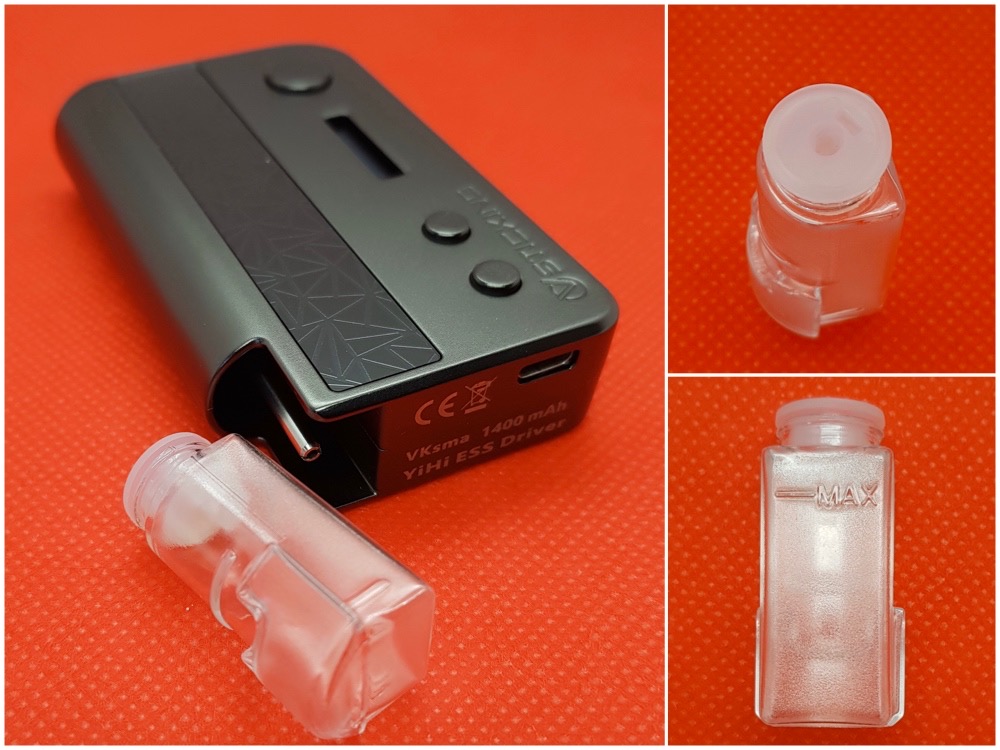 The eliquid tank is push fit from the bottom corner onto a steel feeder tube. This has a 3ml capacity and is filled from the large hole on the top. This is mess free thanks to the small breather hole to the side, and there’s a clearly marked “Max” line on the side of the tank for your convenience.

The SMA-ADA pre-built atomizers come supplied in sealed blister packs and have a simple round wire built around organic cotton with two small adjustable air holes on the side. There are two available, a 1.0Ω ss316 and a 0.3Ω Ni-Mn (Nickel-Manganese). Sadly only the 0.3Ω NI-Mn one is supplied in the kit. They have a small o-ring on the base, presumably to reduce leaking around the “510” connector, this creates a visible gap between the top of the mod and the SMA-ADA which I know will put some people off. 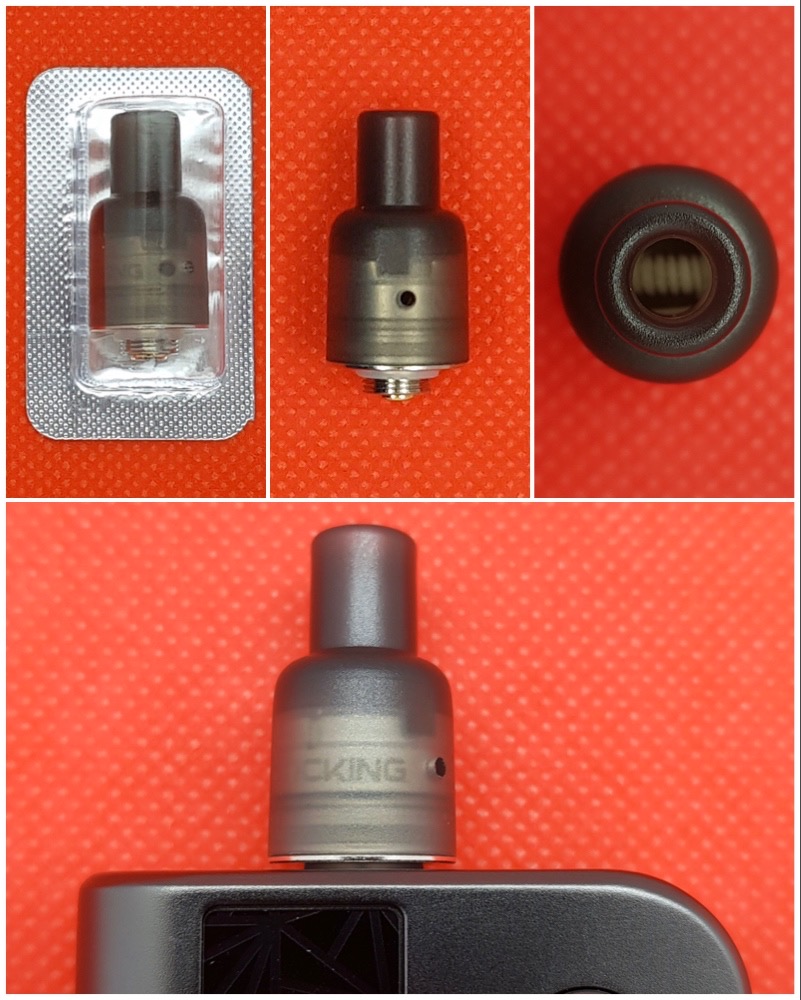 That’s the hardware description out of the way but with this kit I’m sure most of you are probably more interested in what it’s like to use and what's the vape like?

Yihi are past masters at the convoluted, non-standard, menu system and this is no exception! This is evident right from the get go as to turn the mod on rather than the usual five clicks on/off system, you have to long press the power button for 5 seconds, to turn it back off you have to click three times to lock the mod and then press the power button for 5 seconds again. That “three click to lock” will come back to haunt you as well because it locks all the buttons and I find myself accidentally locking the mod several times a day, which is something I’ve experienced with previous yihi mods. To change any of the other settings, like the temperature or power, you need to press the power button five times to access that function which is mercifully a bit more straightforward to operate. Finally pressing the up and down buttons together will swap between the “normal” and “diy” modes (diy is for use with the optional rebuildable atomizer). Whilst it’s not the worst yihi menu system I’ve come across, it still takes a bit of getting used to!

The SMA-ADA is surprisingly airy when you consider the two tiny air holes and it gives a restricted lung hit fully open. I quickly managed to fog up the room! One disappointment despite the “temperature control” and “auto squonking” features is that I still periodically experience random dry, bordering on burnt hits! The key here is to make sure the wick is fully saturated by almost flooding it first and messing with the amount of liquid fed to the atomizer with each hit with the up/down buttons. Get this balance sorted and it’s a pleasantly flavourful vape, but you’ll still periodically need to manually feed a bit of liquid to the wick by pressing the up button particularly if you chain vape. It also seemed to cope better with thinner eliquids and I suspect it may fare better with the 1.0Ω coil but one isn’t supplied in the box to try. The supplied 0.3Ω SMA-ADA uses a nickel-manganese coil so if you’re nickel intolerant the 1.0Ω ss316 SMA-ADA or the optional rebuildable atomizer may be a better choice, just bear in mind that you will still need to use a TC wire/coil even with the latter.

I’m a bit torn on this one, I’m enjoying the vape but those occasional dry hits spoil the experience. Swapping to a thinner eliquid seems to have helped a lot with this so for those looking for a more mouth to lung option with the 1.0Ω SMA-ADA may get more from it, personally I’ll be ordering the optional rebuildable atomizer. Full marks to yihi/Vsticking for bringing something unique to the market though and I’m sure with the rebuildable atomizer that this is something I’ll continue to use.

As always our friends at Sourcemore have given me a discount code for you to use as well, enter VKSMA at checkout to get the kit for $37.99. 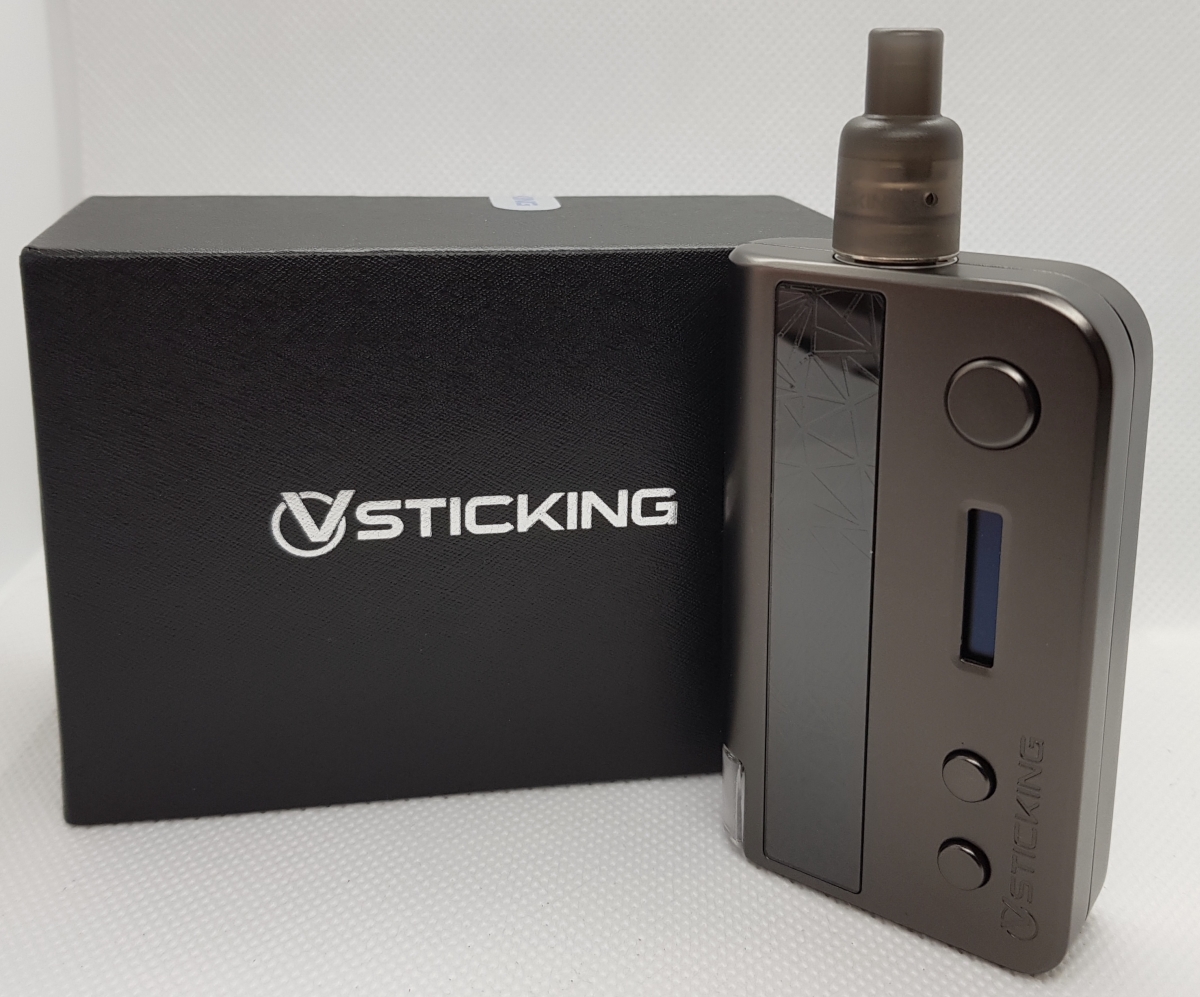