Today for review we have the Voopoo Argus Pro which was kindly provided to me by The Electronic Cigarette Company.

I have no affiliation to TECC or Voopoo, and the following thoughts are all my own based on my experiences.

The presentation of this device and the way it’s packaged are nice and stylish. It’s simple but looks really smart and it really makes it stand out from the usual boxes. The complete kit is contained within a nice tough plastic presentation box. Click down the latch and lift the lid, and it’s all there in front of you. 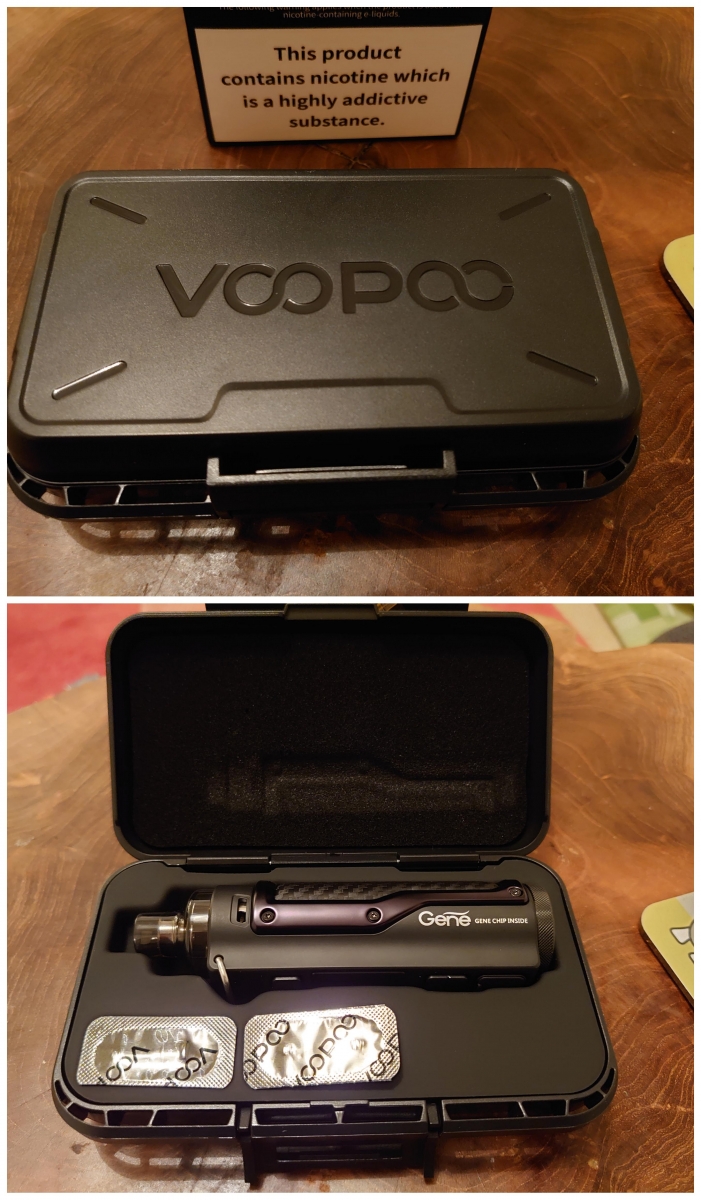 Included in this kit are: 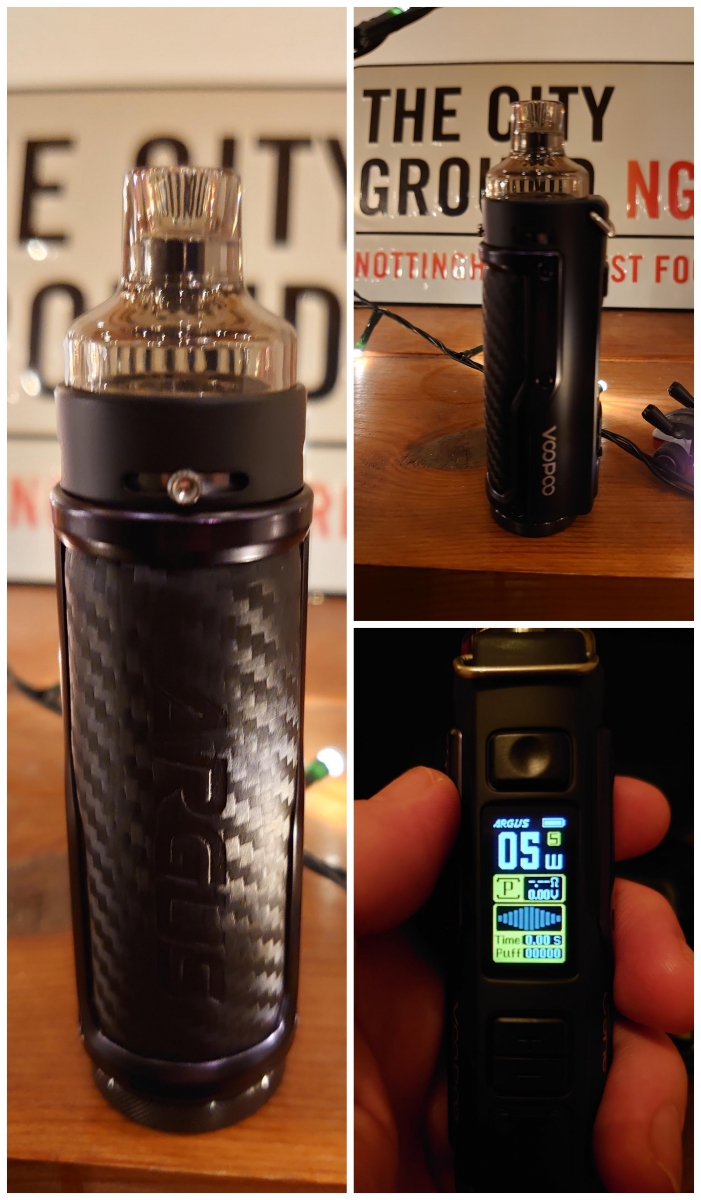 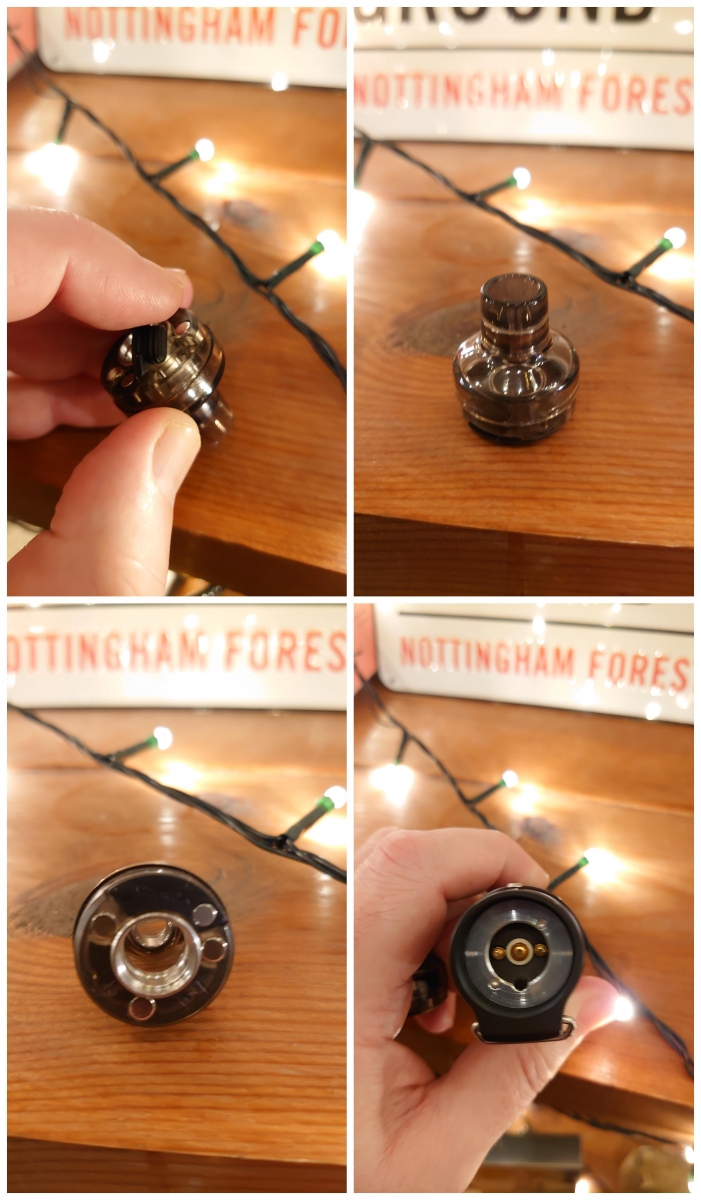 When you take the Argus Pro out the box and hold it, you’ll notice just how well this thing is made. It feels great in the hand and the leather grip just adds that touch of class. Styling is always subjective but I think this looks great, it feels great and everything about it’s construction screams quality. The pod is on top of the mod but the coils are packaged separately. They are PnP coils so just take the coil out of it’s packaging and push it into the base of the pod to fit, a gentle pull and it will pop back out again when you need to change coils. It’s quick and easy. The pod itself is made of PCTG and is a pretty simple affair. It has magnets on the bottom along with the filling port which is a simple bung. It’s also pretty clear so it’s easy to see the liquid level. It’s good to see dark pods becoming a thing of the past. The pod is compatible with the whole PnP coil range giving a great range of flexibility to suit any vaper.

The mod is nice and sturdy and it has got some weight to it without feeling heavy, and it fits nicely in hand with the leather making a good contrast with the rest of the body. It’s a delightful thing to hold. In the top of the mod there’s the magnets to hold the mod in place, and at the back is the airflow control. This is a slider just like the other devices in the Argus and Drag ranges. It’s got some resistance to it but it’s well balanced which means it’s easy to move but it’s not going to easily be moved during use or when it’s in your pocket.

On the front is the screen, the buttons and the usb charging port. It’s all well protected but it doesn’t have an IP67 rating for some reason. The buttons themselves are all nicely placed and feel solid and clicky, sturdy yet not too difficult to press, and I like the slight resistance they provide. The screen itself is pretty bright and shows the Argus branding, battery level indicator, wattage, voltage, coil resistance, puff count, puff length which includes a nice graph indicator. The display will also show which mode you are in and whether you have the auto-draw on or not. 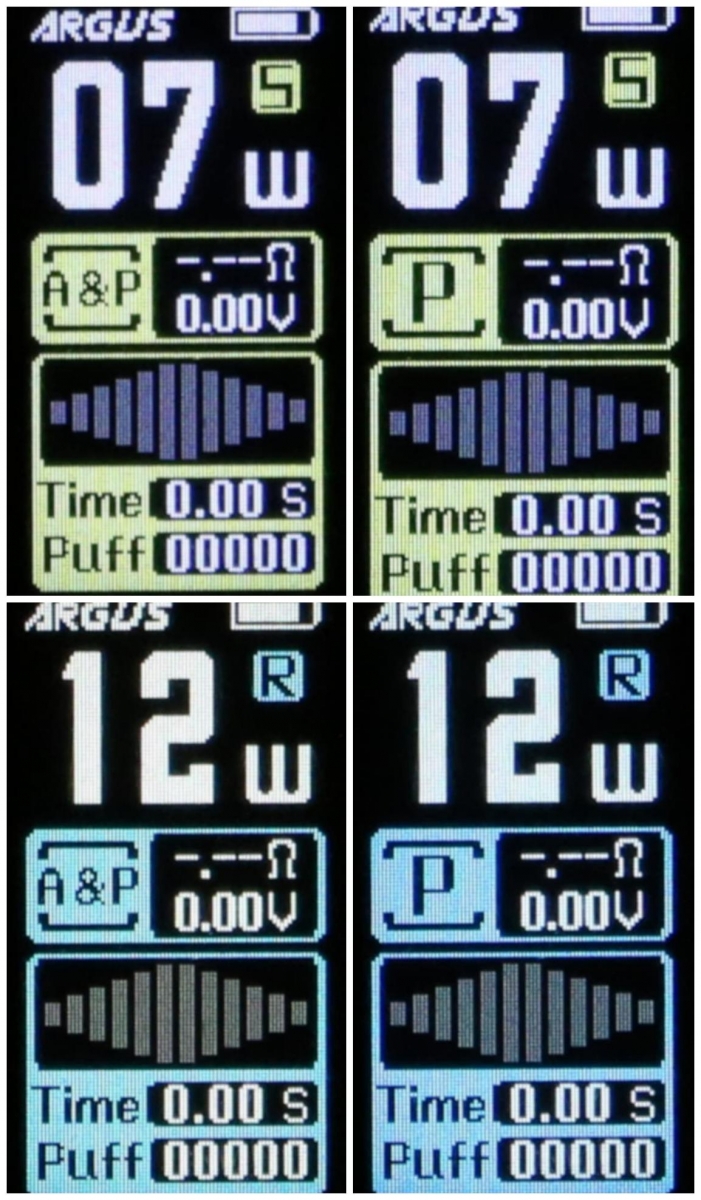 If you want to access the menu options then pressing the fire button and or +/- will operate like this:

The wattage is easily adjusted by pressing the buttons all the way up to 80W and down to 5W, but it does not round robin. I have no idea why but the graph makes me think of a flux capacitor and makes me want to get it all the way to it’s max. Will I travel back in time if I hit 88W? Oh, 80W max...dreams shattered.

Nursing my broken dreams I found that above the screen is a little metal bar which is meant to be for attaching the device to a lanyard or so you can braid it into your hair or attaching it to your penguin’s collar or something. All good in theory, but in practice it’s highly annoying. It rattles, a lot. It took me all of two minutes to have had enough of it and I used a pair of pliers to remove it which was highly satisfying.

This is all great and very useful FM, but how does it perform? Does it leak? How’s the flavour? What about charging and battery life? Patience dear reader and ye shall be rewarded. We can’t all read as fast as that pesky Johnny 5, how’d he manage to appear again?! Anyway, before any other robots appear, I’ll be back. In the meantime, here’s a picture of my hand for no apparent reason at all, except that they’re amazing and should be shared with the world. 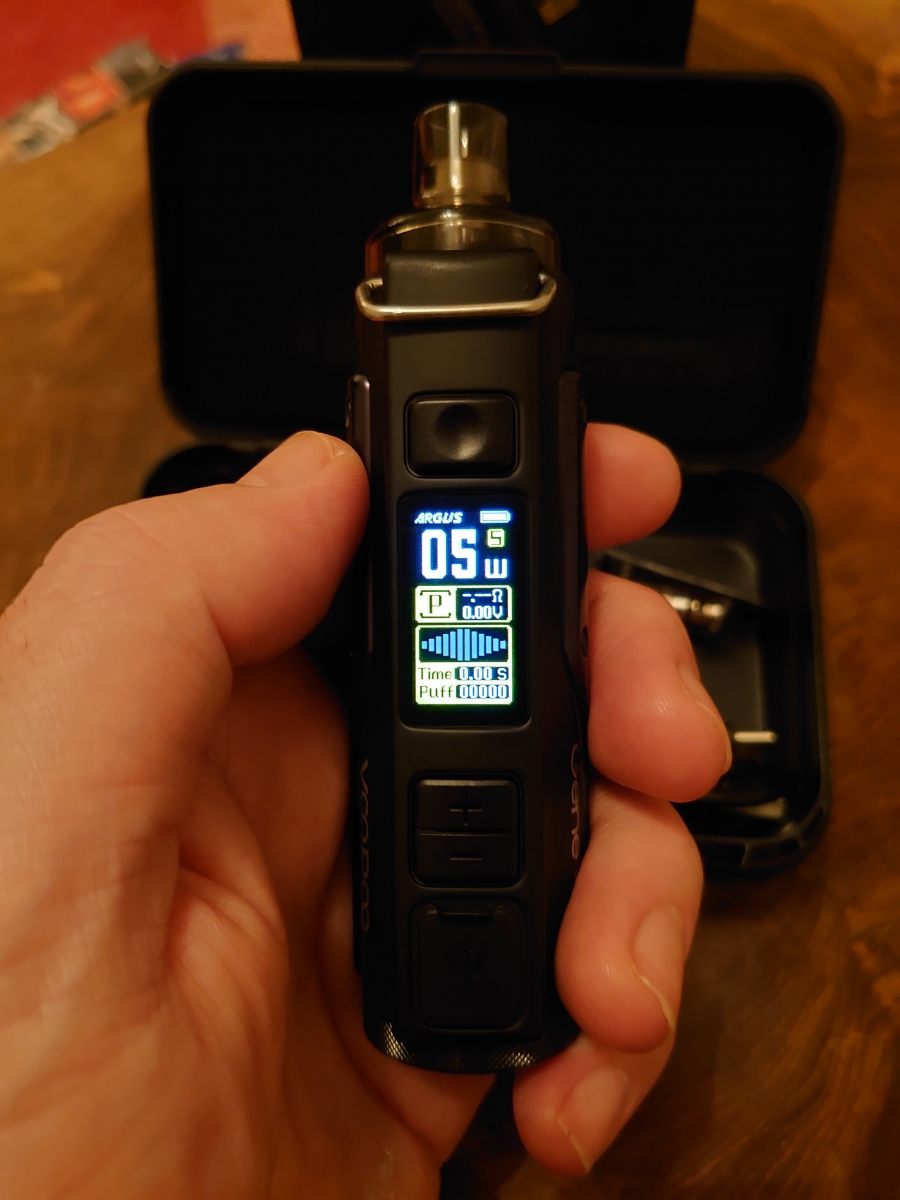 With the device fully charged, I primed the 0.3ohm (rated 32W-40W) coil, popped it in the pod, and filled it with Unicorn Shake, let it soak, and off I went. Airflow open, I took a draw and I noticed just how wide the airflow is, you can get a nice wide open draw from this and you can shut it down quite tightly, but even fully closed there’s still some air there so if you wanted to use an MTL coil with this, I suspect it would be a loose MTL. The fire button kicks in instantly and ramps up at lightning pace thanks to that Gene chip. Even at 20W, I’m getting a really nice flavour and a surprising amount of vapour, I kept ramping up the wattage bit by bit and with this coil, I found my personal sweet spot was 37W with the airflow half open, it’s a nice flavour and good restricted draw if a touch noisy.

Now onto the 0.15ohm coil (rated 60W-80W). With me being new to the PnP coil range, I was a bit bamboozled by this one at first as it doesn’t seem as though there is enough cotton exposed for it to wick properly. 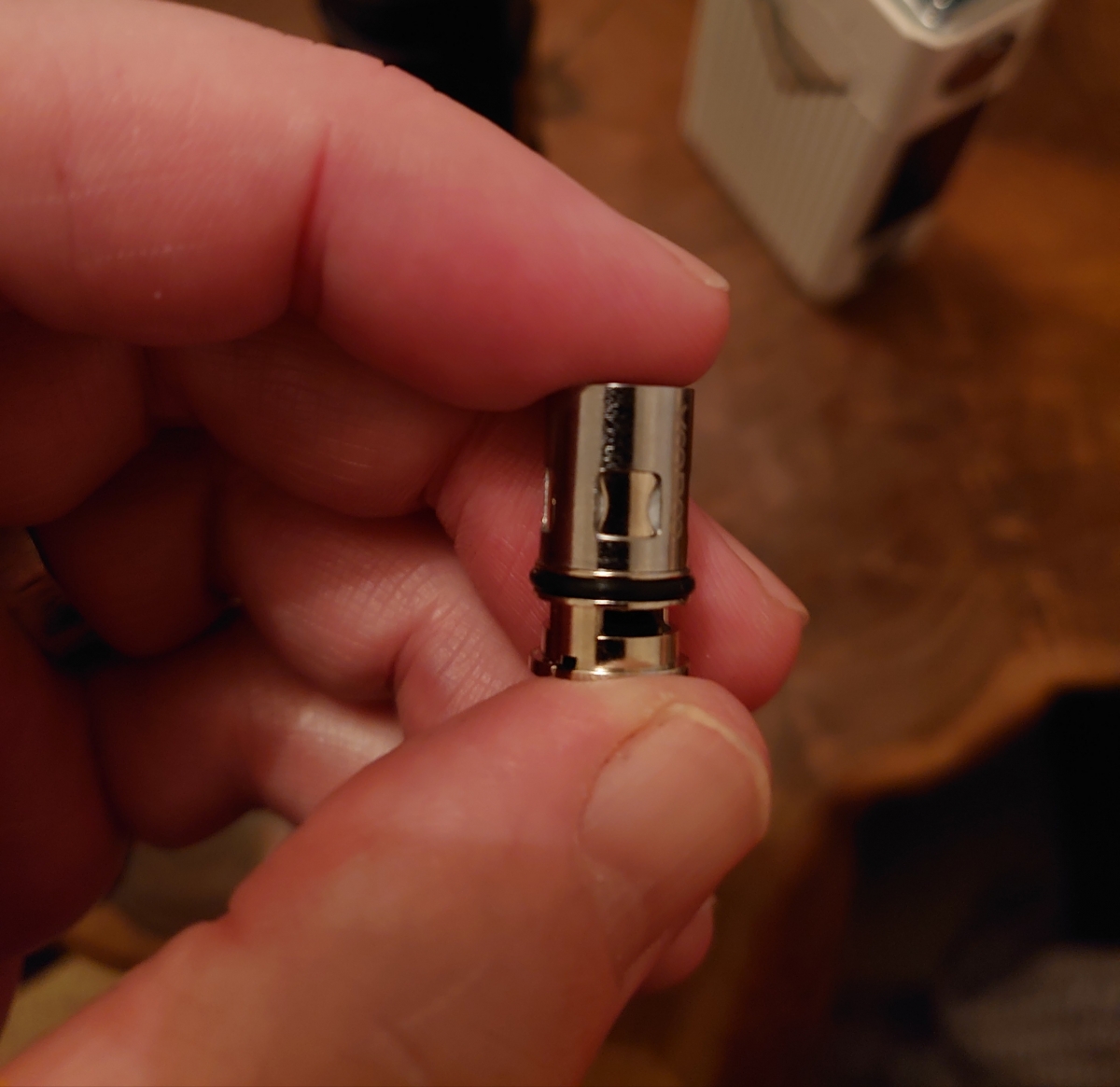 I went with it and all I can say is I don’t know what kind of black magic or witchcraft is at play here, but it wicks like a charm. Again even at 20W, I was getting good flavour and decent vapour production. I kept going, and at 40W the flavour was superb and I was getting a lovely cloud of vapour. By the time I got to my eventual sweet spot of 62W, I was hooked. The flavour is really outstanding from this coil and it kept producing cloud after cloud of amazing tasting vapour. I’ve been hammering this coil at 62W with the airflow closed just a touch, and I am decidedly impressed.

I was interested to see if this pod leaked as I know some people have had issues with the PnP coils in this regard. I’ve not experienced a bad leak, but I have noticed that every now and again there will be a drop or two of liquid underneath the pod. It’s nothing serious and isn’t likely to cause any damage to the device. Just make sure you check every time you fill the pod and wipe away any drops to be on the safe side. I’d always advise that you remove the pod and place to the side when not in use, but this is true of any pod or AIO device.

The battery is 3000mAh and lasts pretty well. I was just getting a full day out of the battery at 62W, and it could last the day easily at 37W. The battery took roughly 80 minutes to charge from flat to full thanks to the 2A charging via usb-C, but it does not support pass through vaping.

What about the auto-draw? Don’t is my advice. Unless you have the airflow cut right down and have the inhale power of a tornado, then you’re not going to have much success. With the airflow wide open, it’s pretty much useless really as it will occasionally sputter into life like the dying throes of a T1000 but it’s just not worth it.

The Argus Pro is a well-crafted, quality device which feels nice in the hand and performs superbly. It’s easy to operate, it fires quickly, the battery lasts a good length of time and it charges quickly. I’m a big fan of the styling, and the flavour is superb, in particular with the 0.15ohm coil. It’s compatible with the whole PnP range of coils so there will be a coil to suit everyone, there is even an RBA. It will be a little too loose if you are looking for an MTL vape from this but let’s face it, it’s not aimed at MTL, it’s aimed at people who want a great cloudy DL vape.
The pod isn’t totally leak proof and the auto-draw is pointless as you have to have the airflow closed quite a way and really suck to get it to kick in. A little thing which irked me a little is that if the device is left alone for any length of time (but still on), then when you pick it up you have to press the fire button to “activate” it then again to vape. Why? I fell foul of this a few times and ended up just sucking air through it. The 2ml pod does not last long at 62W, and you will be refilling very frequently but that’s down to TPD and not Voopoo.

The Argus Pro has a few minor issues but that’s all they are, minor. What you have here is a good looking, solid device with a good battery life and a coil ecosystem that gives great flavour and a wide range of options. The vape from this has been a very pleasant surprise and I will be vaping on this for a while to come as I really rate it very highly. Is there enough here to tempt those who already have a Drag S/X? Probably not, but if you don’t have one of those and are looking for a great bit of kit for DL vaping, then I highly suggest you check this out. Just get yourself a 4.5ml pod as soon as you can and remove that lanyard bar! 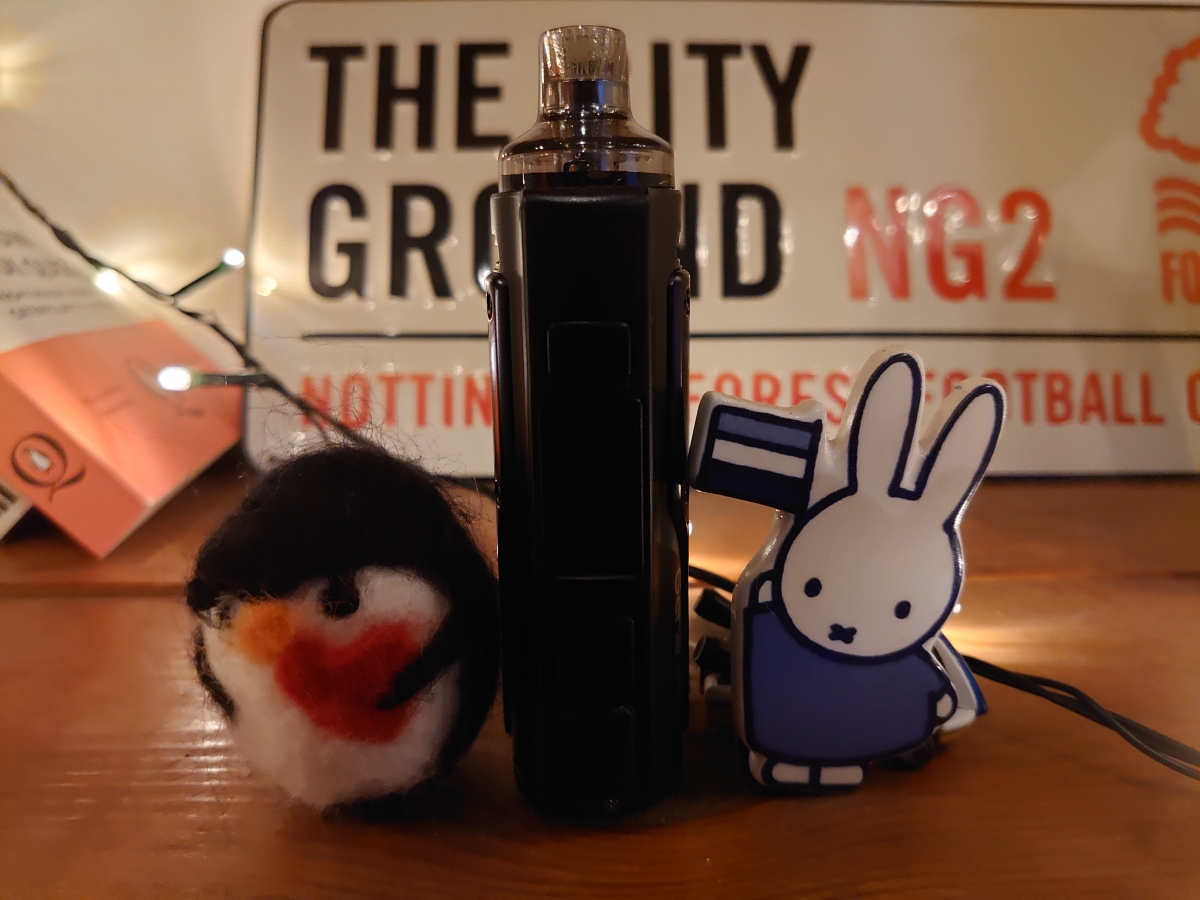