A bit of a quick review. This little gem landed on my doorstep as a surprise, my reaction at first was JAFP (Just Another F**king Pod) and nearly buried it in my review queue, but I figured ‘what the hell it shouldn’t take long’ so charged it up, took the photos and left the two pods priming up.

If you’ve kept up to date with Vaporesso’s 2020 releases, you may have noticed that some of the devices have nailed certain styles of vaping and pretty much covered all the bases, and they have done it really well. However, for me, I still felt that their pods needed work on the airflow. As much as I love the XTRA (I still use that every day), I felt the airflow was a bit too loose. I did try the OSMALL, which was cheap and plastic, but the draw was sublime. Unfortunately I had a problem with mine so I didn’t get to continue using it, so have Vaporesso plugged the gap with the XROS?

I’m going to let Vaporesso do all the talking, and correct or question anything I don’t agree with whilst trying not to create a spoiler alert.
Taken from the official page:

"XROS is a unique vape that brings you an unparalleled customizable experience.

By adopting well-developed MESH pods and an adjustable airflow control system, XROS maximizes the effectiveness of flavour and nicotine satisfaction.

The mighty power of an 800mAh battery is built into the slim body with a classic stainless design. With Type-C fast charge, it only takes 45mins to be fully charged.

Single hand refilling with a visible pod enhances your entire experience, especially with the ability to vape by auto-draw or press-to-fire with the dual-firing mechanism.

VAPORESSO XROS, an outstanding invention devoted to crossing the limits of the existing MTL devices."

There are a few embellishments but nothing I would call outright deceiving, so I will leave it as is and go into more detail later.

There’s no more or less to add there so I will move onto unboxing. 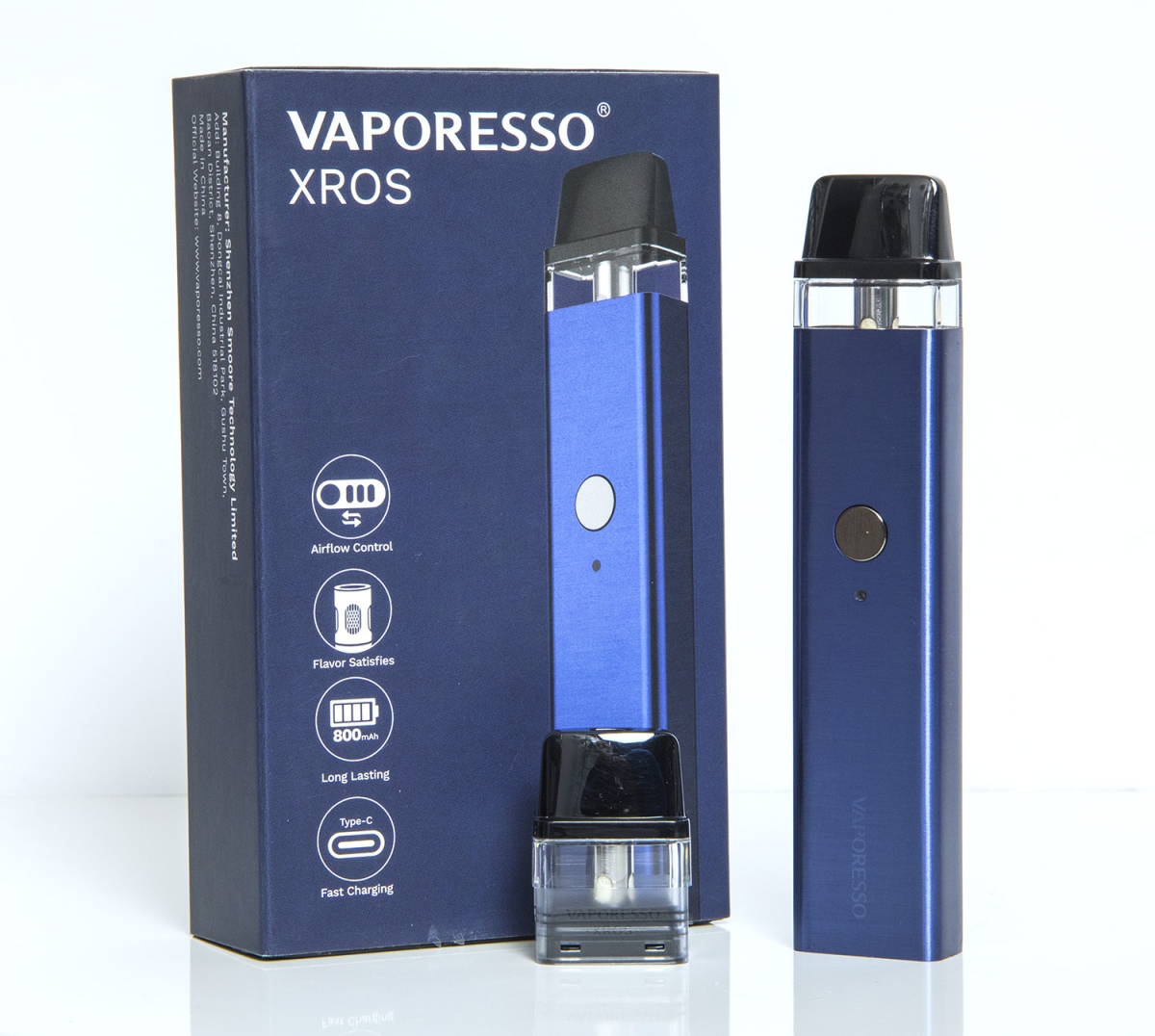 The box looks a little different to the usual Vaporesso style with its dark background to match the colour of the kit. As you can see, I got the blue option. The box is sealed with a rip-cord to open, and the box slides open where you get access to everything. 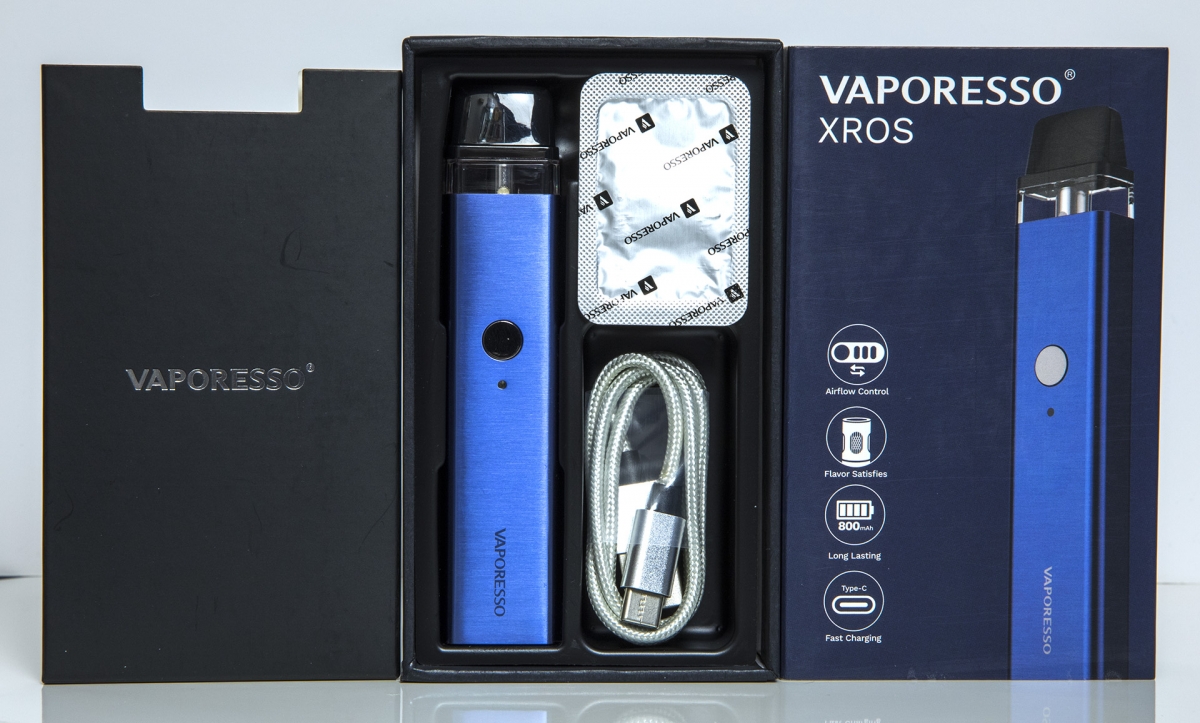 The XROS is wrapped in a protective film which is easy to remove, the 0.8Ω pod is preinstalled but with a plastic film to prevent it firing. This needs to be removed after filling your pod and priming it. The 1.2Ω one is as retail and there’s no film on it. 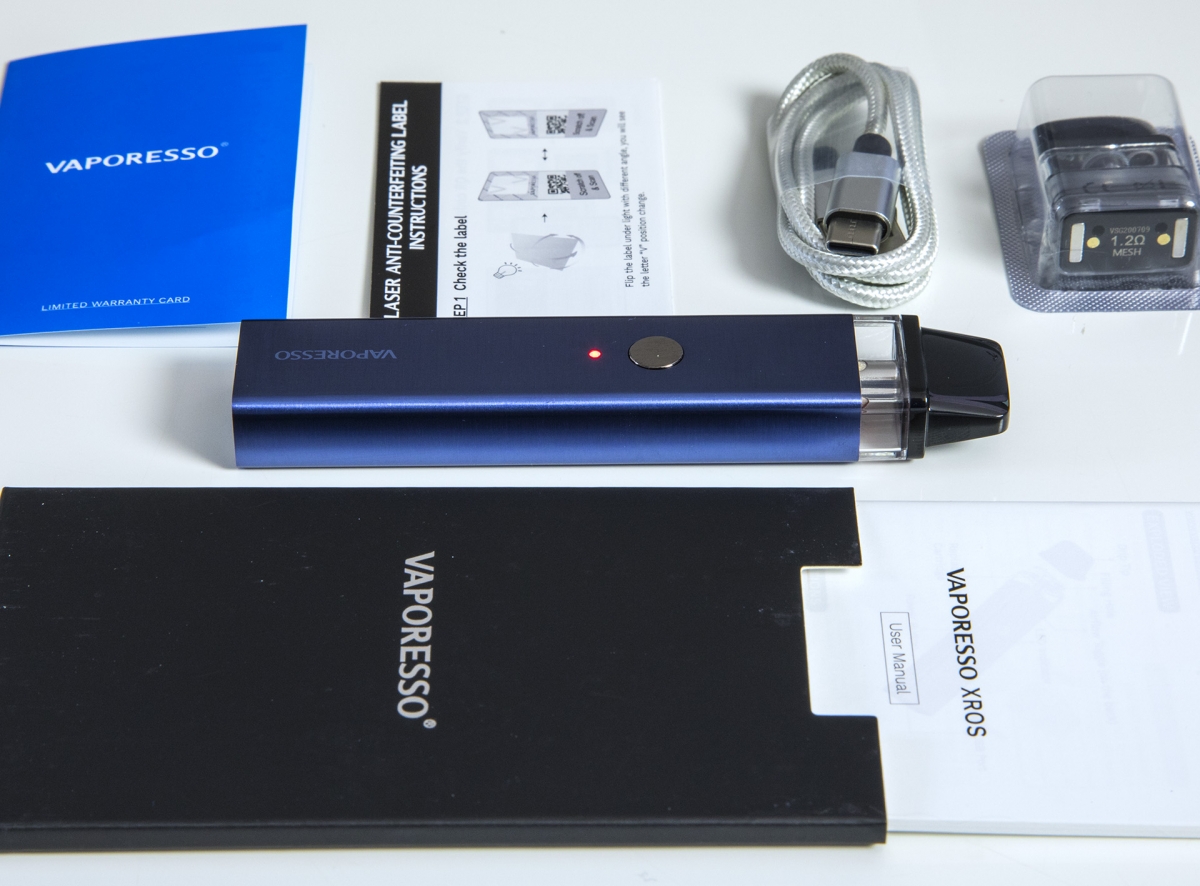 The XROS is already charged, but it’s worth topping it up before use, and the usb-C means it charges fast, around 45 minutes for a full charge. My top up took five minutes. The documentation comes in a handy card wallet, but I must admit I haven’t read any of it and I would feel pretty dim if I needed to refer to the manual for a basic pod kit.

You get two different pods in the kit which are refillable but disposable, which isn’t ideal for recycling. The top cap flips off to reveal the filling port. Filling is really easy though Vaporesso’s claim “Single hand refilling” wasn’t quite possible. It should have said: “Single handed top cap removal” which is super easy with one hand after seeing Vaporesso’s simple photo (below). I didn’t see this until after reviewing it so I’ve edited it to include a pic. 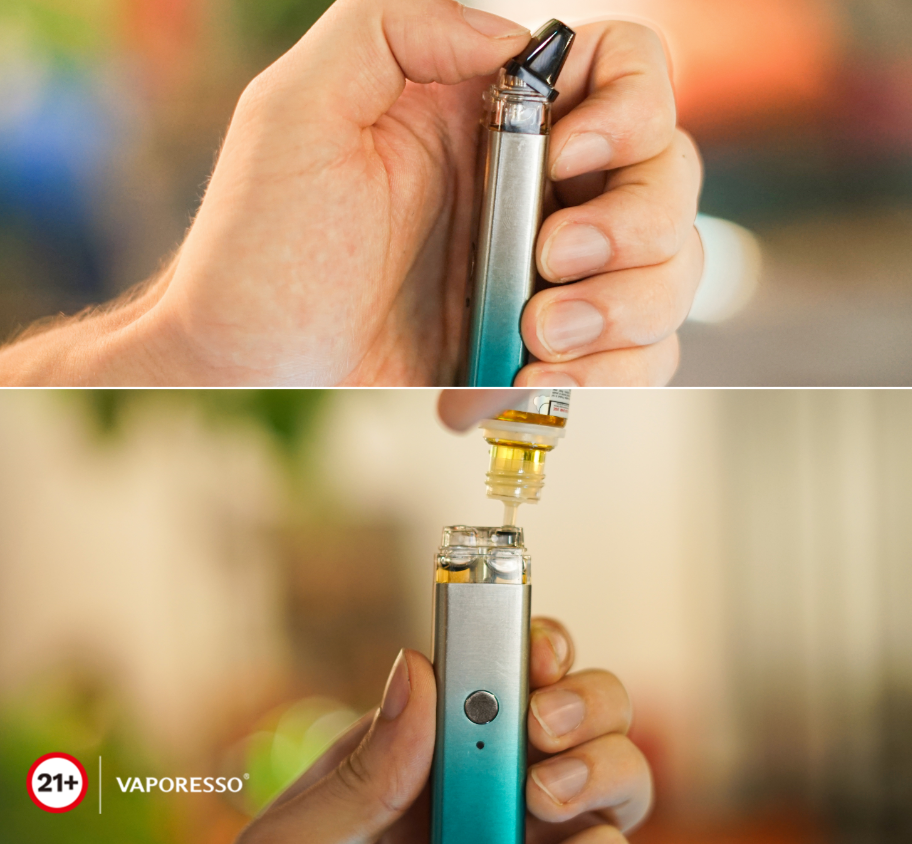 That said, filling the pod is really easy and mess free, and the air vent in the top of the pod prevents those pesky airlocks, nice one Vaporesso.

Once you filled it up, you can pop the top cap back on. This snaps into place as easily as it comes off, but it’s firm enough not to come off by accident. Wear and tear won’t be an issue as it’s disposable. You will need to leave it to fully saturate/prime for around 15-20 mins. 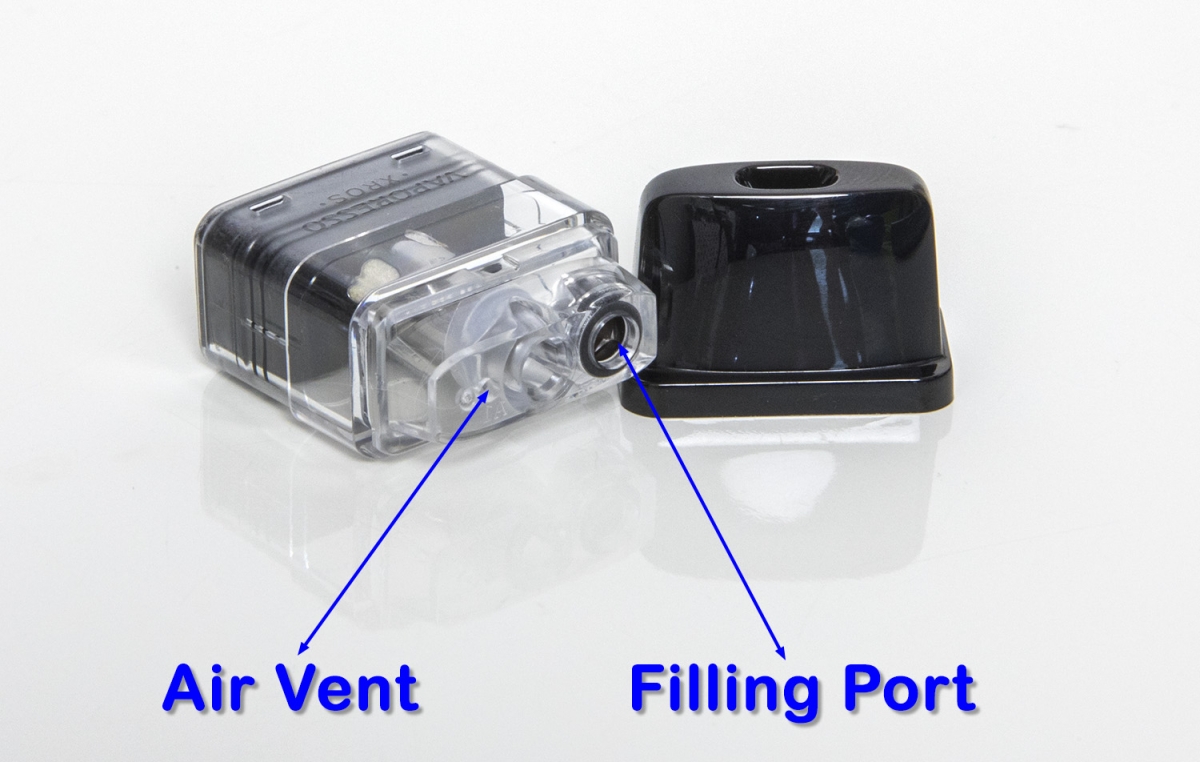 The pods fit into the battery really firmly with no play. You have to be exact when lining them up but this is effortless, they hold in place magnetically. Before fitting, it is worth noting that the base has a recess and you can spot the air intake that leads to the adjuster. This tiny detail is what makes the XROS that bit different. 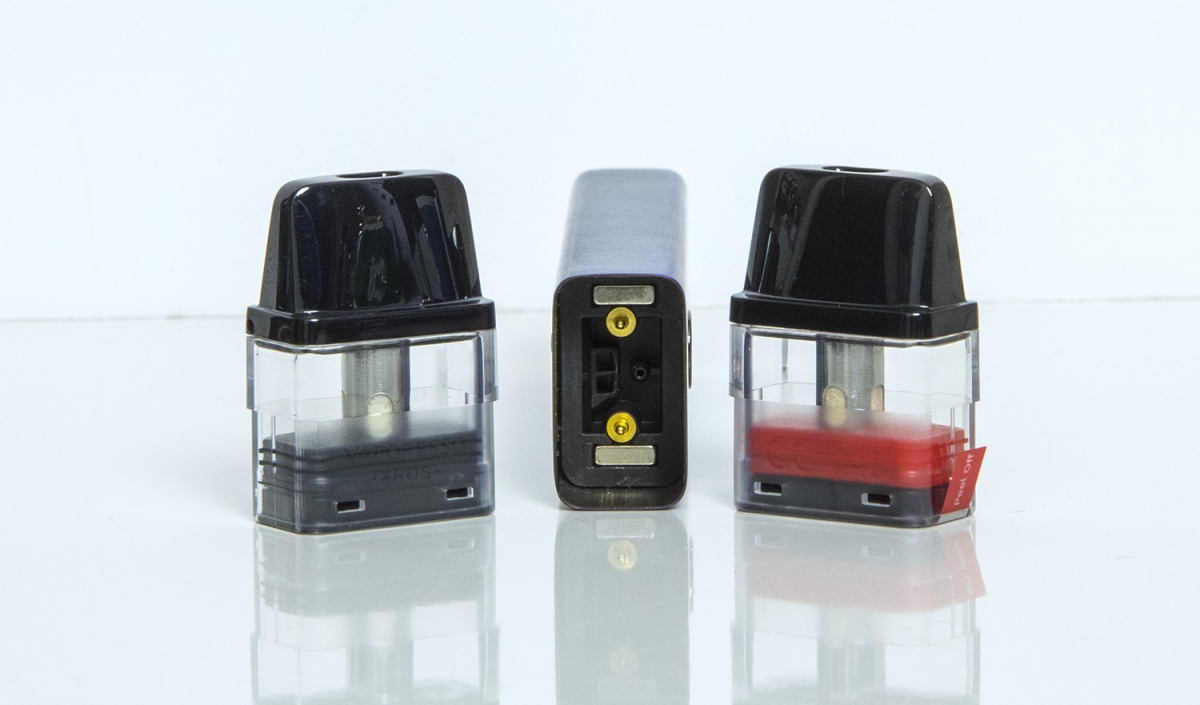 The XROS Battery has a brushed stainless steel effect and is colour plated. The finish looks and feels really nice. The actual shape won’t win any design awards and it is similar to a lot of pods, but it still looks and feels good. The bottom edges feel a bit hard but the main outer corners are bevelled off and feel comfortable. This is actually the first pod of this style that I actually like. The tiny airflow adjustment switch is really well implemented and operates smoothly with your fingernail or thumb and is firm enough not to accidentally change the setting.

The FIRE button protrudes ever so slightly, it feels nice and tactile yet flush enough to avoid accidentally firing it. Auto-draw works nicely, but I still like to manually fire it now and then.

Nothing more to add so let’s take the XROS for a toot and see how it performs.

I filled and primed the two pods so I could test them both. I used 20mg Snow Pear 50VG/50PG Nic Salts in both. To turn the XROS battery On/Off is five quick clicks of the FIRE button, the LED light will flash three times and it’s ready to vape. You can either press the FIRE button to vape or use the AUTO-DRAW feature, both work well but with the airflow fully open, the fire button is better. Closed off more, and the auto-draw works a charm. Auto-draw gives a slightly less powerful vape than the fire button, but not in a bad way, the auto-draw vape is ideal for me. I occasionally use the fire button when I feel like a harder hit.

Stuff the manual eh? I managed to work all that out on my own!

Onto the good part, how it vapes! I went with the 1.2Ω mesh pod first. With the airflow fully open, the flavour was good, but as I closed the airflow off more, the flavour and warmth really improved! Oooooooh yeeeeeah (creepy I know), at that moment I knew Vaporesso had finally nailed a proper MTL pod for flavour and airflow! I was well happy.

I wasn’t expecting as much from the 0.8Ω pod as I didn’t enjoy it on the XTRA, but airflow control made all the difference. The flavour and draw with the airflow half way open was bang on for my tastes. If it's not to yours, then you have the option to open or close it to your taste. This was MTL, but for the hell of it I tried the airflow fully open for a 20mg restricted DL hit and it didn’t disappoint. It gives a restrictive DL hit but not too tight. I often take a DL hit with nic salts first thing in the morning for that ciggie like head rush, and the 0.8Ω will do me nicely.

There is only one slight niggle so far. Depending on how you hold it, you can end up covering the airflow with your finger. If you finger fire it, then this is unlikely to happen, same with holding it to auto-draw. I rarely covered the airflow once I was aware of it, and soon formed the best holding habit so it hasn’t been an issue since.

Battery life is pretty good and lasts quite well before dipping to mid level. On the 0.8Ω pod you can notice the battery dropping off more, but with the fast charging I wasn’t left for too long without it, topping it up with a mobile power bank while I am out.

It’s a simple to operate pod device BUT with a little/big feature that makes the XROS my new favourite MTL pod system, and that’s the adjustable airflow, it just works so freakin' well and I can dial in my perfect vape the way I like it, no more settling for fixed airflow that is generally too loose. The flavour is superb and the warmth is nice also.

I am so impressed with this little gem of a pod, I can see it replacing the XTRA, and no doubt I will get a second one for the car (my car recently started vaping). 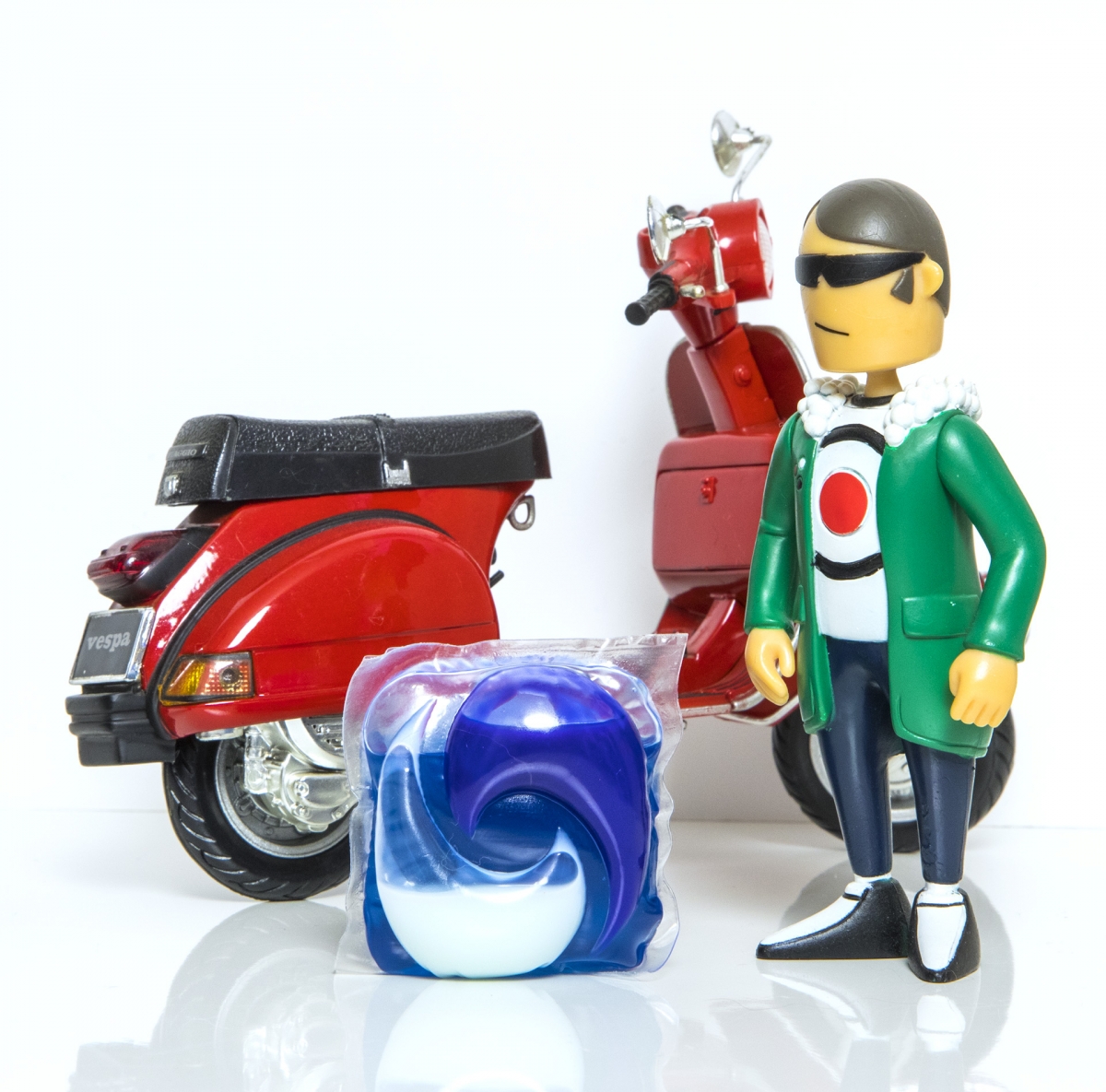 For me the answer is NO: The XROS isn’t JAFP but the evolution towards the best pod system and it stands out from the crowd, not in looks but in pure performance.

It felt wrong finding cons on a device that I simply love, and I can certainly forgive the only two I could come up with. I’ve had some great feature filled ninja-bastard gear to review recently, but few have given me this much satisfaction. It also shows that there is still room for development with the overcrowded pod market. My score may sound high, but for what it is the XROS is simply the best pod I have tried so far despite its simplicity. 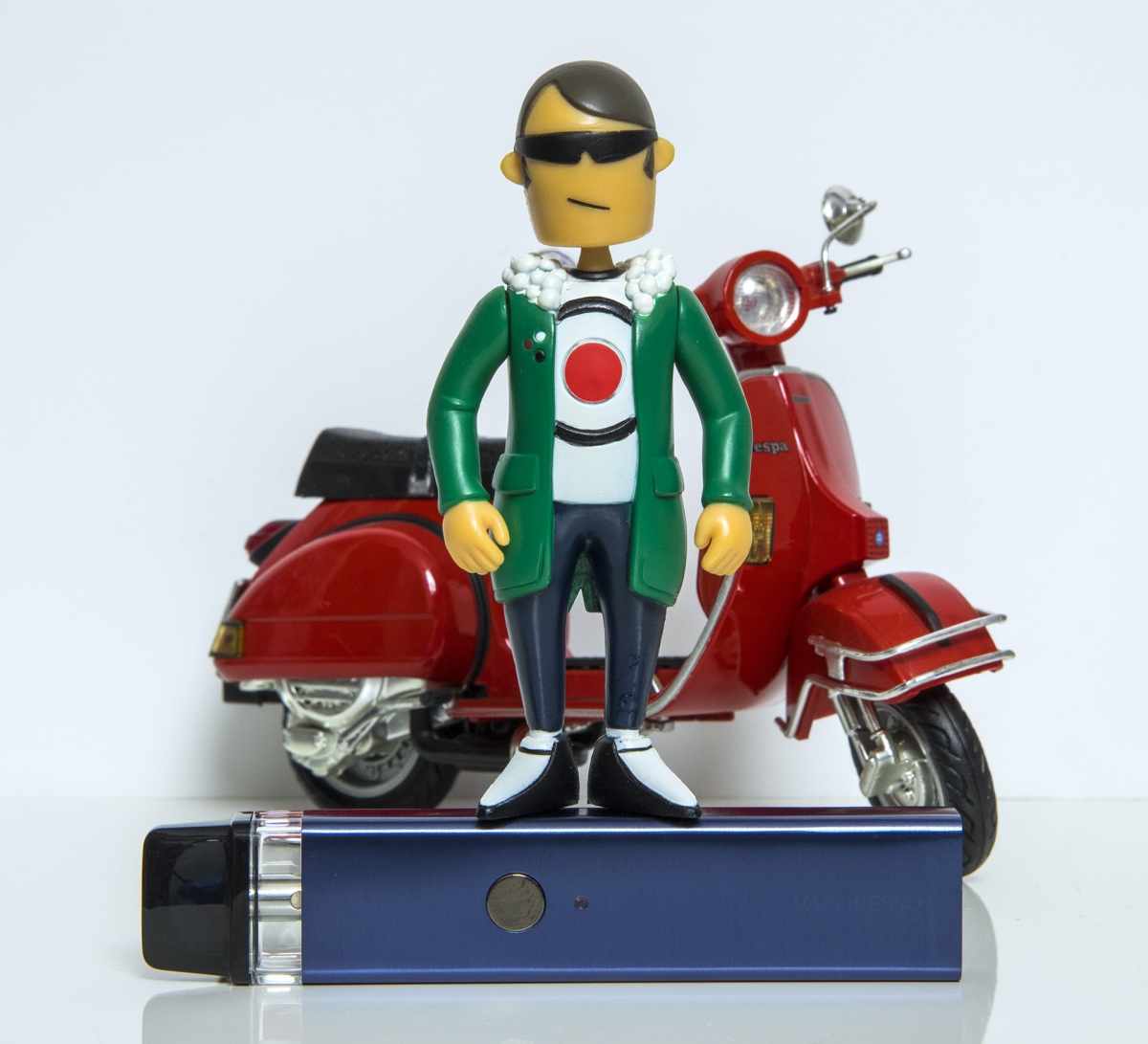