SMPO are part of London based NEX LABS Limited. SMPO was founded around the vision of a seamless integration between the manufacturing and distribution of electronic cigarette and smoking alternative products. Started in 2017, they have produced four pod kits, and the KI is the latest iteration moving toward a restricted DTL/loose MTL style compared to the MTL pod kits. Many thanks to SMPO for sending this for review.

The kit comes packaged in an outer sleeve with SMPO KI (Ki not K1) name, graphic and nicotine warning on the front, contents and specifications on the back, and country of origin and selected colour on the left. Remove the sleeve and you’re presented with a plain black box with a lift off lid and cut outs to grip the box. Once opened, the KI pod is on the top in a plastic tray, and below this is a box containing a spare 0.8Ω pod, USB B cable, 10ml refill bottle, instruction booklet, warranty card and and information card with refill and power settings. I was sent the obsidian (black) KI, but it is also available in creamy, bice, lunar blue and rosy colours.

To fill the pod, the mouthpiece is removed to reveal two fill ports and a central airflow hole. It is recommended to fill via both ports as, although air has somewhere to escape, the coil seems to impede juice flowing around it. This is especially the case with 70/30 juice but less evident using 50/50. Either way, it’s not a problem, just something to be aware of to prevent overfilling from one side. The mouthpiece pushes back on and clicks when in place. The mod has two strong magnets which also serve as the + and - connections and also hold the pod securely in place. Five clicks of the small button on the logo'd side of the mod turns the power on, indicated by the button LED flashing white. This LED is your power level and runtime guide. On full charge it will be white, below 70% it turns yellow, and below 30% turns it to red. To adjust power levels, the button is pressed three times and it will cycle to the next setting each time. Power settings are RED=9W, YELLOW=10W and WHITE=12W. The mod is air activated so no fire button, just take a draw and the mod starts firing. I’m normally not a fan of this style of firing but to be honest, I’ve had little trouble with it not firing and ending up with a mouthful of juice. The vape experience is best described as a RDTL/loose MTL and, despite its size, it is a cloudy vape. The company says the coil can handle up to 70vg/30pg juice, so I stuck some in and I have to say it kept up very well, no dry hits at all. This is likely down to the temp control and dual parallel coil, although I have little knowledge of this coil arrangement. In fact, the TC worked very well as I discovered when I vaped the pod dry a few times as the only way to see your juice level is to remove the pod. Flavour wise, personally with the 70/30 juice I found it was quite muted and I was only able to get a couple of the flavours. This is a cake/dessert juice that works best on a higher powered coil/builds so it wasn’t unexpected. Switching to a fruit based juice, more flavour was present and it was reasonably enjoyable. Using the spare pod with a 50/50 juice did provide a little more flavour and reduced the clouds somewhat, and using 9mg nic gave a decent throat hit. 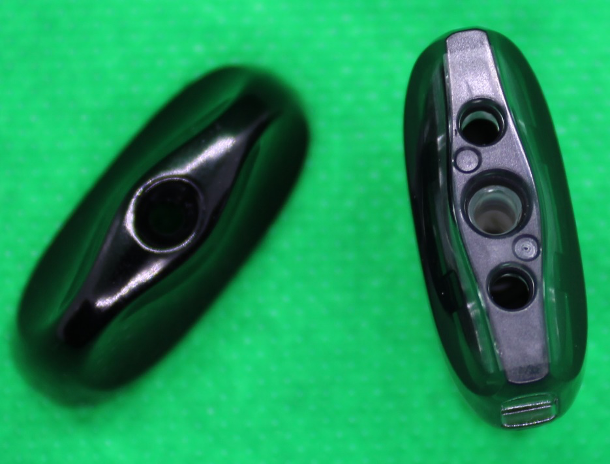 I was surprised how well the SMPO KI handled the higher vg juice. The TC worked very well and auto firing was consistent throughout. The mod fits well in the hand and no matter how you hold it, there seems no restriction to airflow. I’m still scratching my head as to where the air actually enters. The finish is good, no scratches or marks despite being carried in a pocket with keys/change. Charging is quick and the run time is ok for a 650mAh battery. When charging, the LED is red and changes to white when finished. Charging time from red light was approximately 30 mins. The inclusion of a 10ml bottle for refilling is handy if your juice is in bigger nibbed bottles and it is good for carrying with you.

Just a couple of niggles to report. There’s a little movement with the pod when fitted and it has to be lifted by the ends as the mouthpiece is quite slippery. The mouthpiece can be a bit of a pain to remove for refilling. The pods are the disposable kind so once the coil goes, the pod has to be replaced.

Other than that, there’s little wrong with this simple kit. It provides a decent vape, is light enough to carry in a pocket or bag, and it  will suit someone who wants a stealthy loose MTL/ restricted DTL. Muted flavour was the only real issue but that can be subjective. 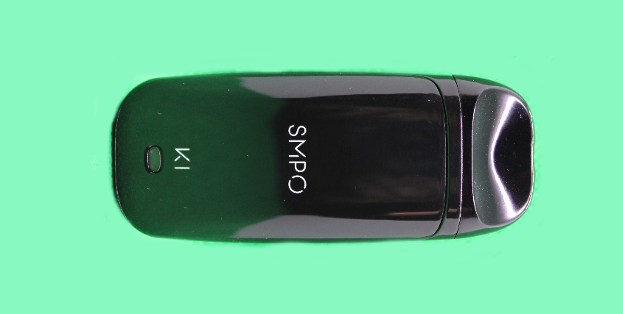