Our friends over at Sourcemore have sent out the first pod kit from OFRF (who are now part of SMOK), the nexMESH Pod featuring their much touted conical mesh coil system which is supposed to enhance the flavour. I’ve become something of a fan of these compact pod systems, so I was interested to see how this one would stack up against the competition.

The OFRF nexMESH Pod comes in a small box with a picture of the kit in your chosen colour on the front. Mine came in a rather nice blue, and there are five other colours available. The packaging has a distinct, slightly textured honeycomb finish which is presumably done to emphasise the mesh coils which are something of a speciality for OFRF. On the back, there’s the usual list of contents and a scratch ‘n’ sniff code on one side. Inside the box, you’re greeted with the nexMESH battery and under this there’s a manual, usb cable, the pod and two coils (one pre-installed in the pod). 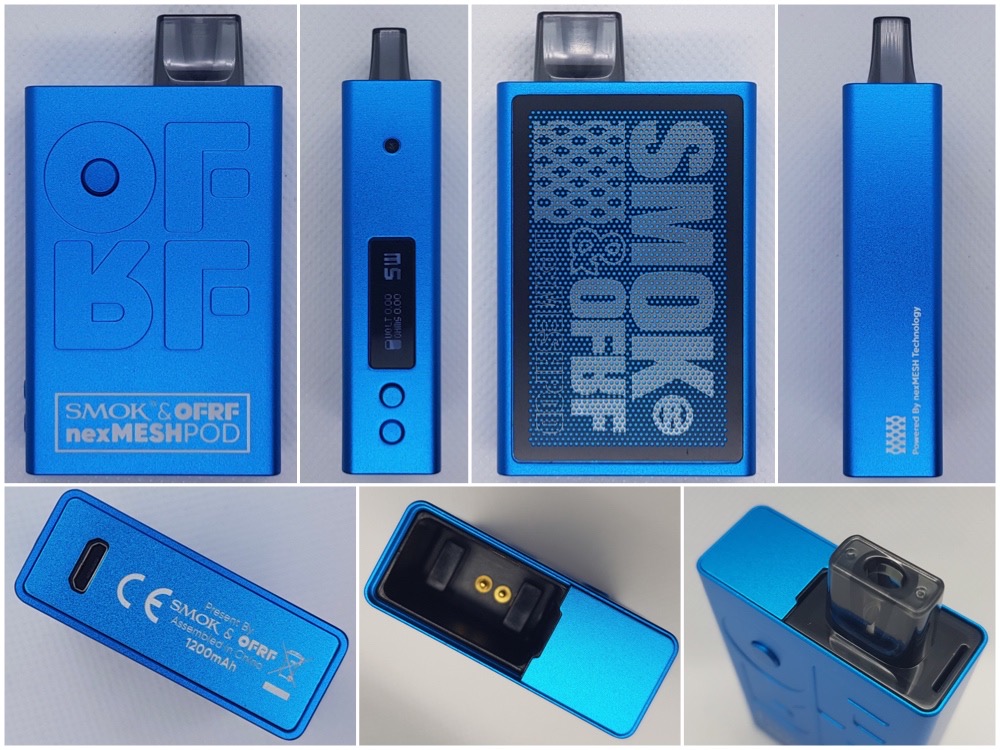 The OFRF nexMESH is very compact and light. You can be left with no doubt about who’s made this though, it’s like the F1 car of pod systems with virtually every surface covered in logos!

Despite it’s diminutive size, it feels well made with its aluminium alloy chassis, and I like how the fire button has been cleverly positioned to make up the centre of the “O” on the OFRF logo on one side. The whole logo is fairly deeply recessed into the side as well which gives it a nice texture and makes locating the button easy. The opposite face has more branding and has a mesh screen finish offering good grip in use. The up/down buttons and a small LED screen are on the “front” of the nexMESH. The screen is bright and readable outdoors, although I do need my reading glasses for anything other than the wattage display. All the buttons have a nice positive click with zero button rattle.

On the underside you’ll find a micro usb port for charging, and in my tests the OFRF nexMESH charged at 1.26amps with a final recorded capacity of 1066mAh in just 59 minutes. This puts it just under the claimed 1200mAh capacity, but at least you won't be waiting long between charges, and vape whilst charging is also supported.

The pod is recessed into the top of the kit with the airflow coming in from the two slits on the top. It should only fit in one direction but you can accidentally fit it the wrong way around and the coil will still fire. I was concerned that with the integrated whistle tip and the position of the airflow slits that I would end up blocking the airflow in use, but this hasn’t been the case and there’s an adjustable airflow ring on the pod for fine tuning which is a big plus. The magnets holding the pod are fairly strong and the nexMESH passed the shake test with the pod remaining firmly in place. 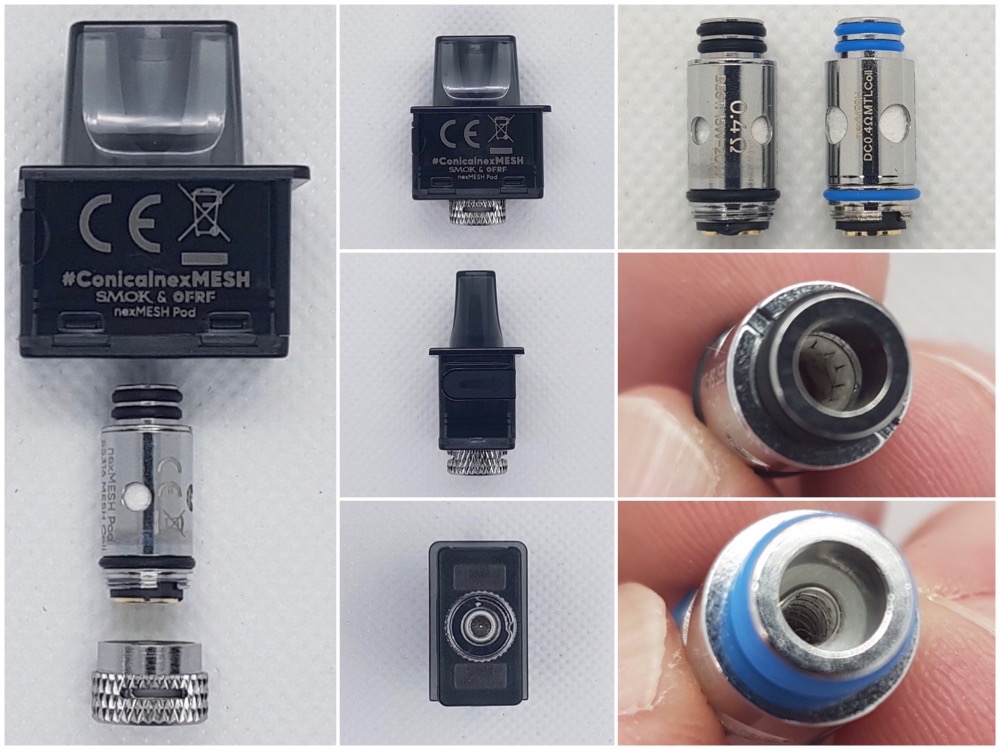 The pod follows the familiar pod/coil/airflow ring design with the coil/airflow ring assembly simply being press fit in from the bottom. The pod has a 2ml capacity. There’s no indication of the pod material despite all the other branding, but I’d hazard a guess that it’s PCTG so it should be durable. OFRF boasts that the pod design prevents condensation build up so often seen on pod systems and this does seem to be the case, I’ve not experienced any leaking or condensation in use.

The biggest bug bear with the pod is the fill port, it’s simply too small! After much experimentation, I’ve found the most consistent way to fill the pod is to hold it with the drip tip angled down at 45 degrees and to fill slowly. Even so, every third or fourth fill will lead to either a large air pocket forming on the underside of the coil meaning that you only get a half fill, or worse yet an airlock forming instantly resulting in a mess and a stubbornly empty pod!

The 0.4Ω mesh coil is rated as being best at 15-20W. It performed ok at 15 watts with the airflow about half open, but performed best at 22 watts with the airflow fully open. I was pleasantly surprised by the performance even at these low power settings with clean crisp flavours. How much of that is due to the conical coil design though is anyone’s guess. Coil life also seems pretty decent, I was able to get about 10 days of heavy use before the flavour started to drop off.

The 0.4Ω DC (round wire) coil is rated between 12-25W and has a narrower bore for a tighter draw, plus there’s the adjustable airflow to tighten it down further if you wish. I again got decent performance out of the coil anywhere above 17 watts.

This is a great little pod system with impressive flavour from the coils. I was particularly impressed by the conical mesh coil, but that fill port and the 2ml capacity might just drive you up the wall. 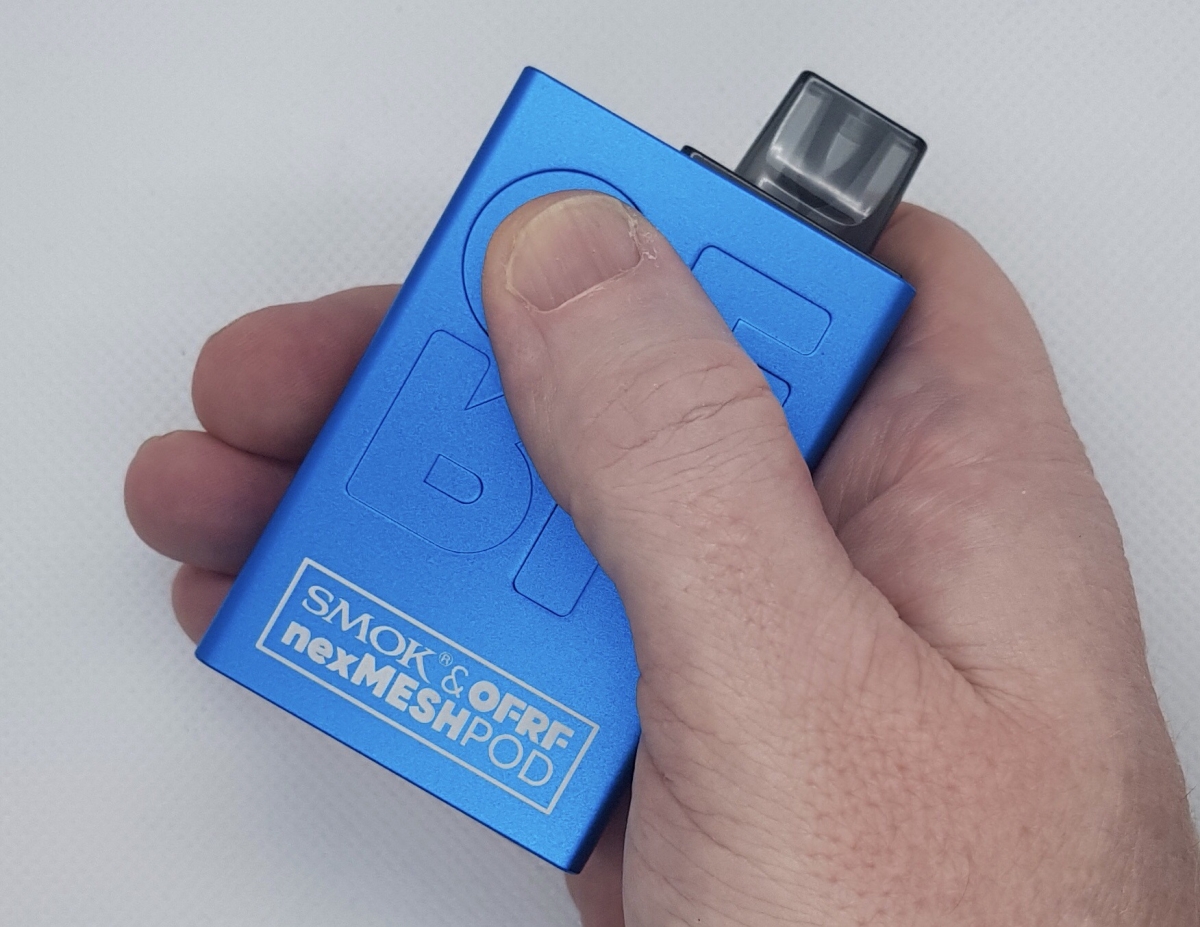