Today I’m taking a look at the latest version in the Artery PAL series kindly sent in for review by Sourcemore. The PAL series was quite popular in 2019 thanks, in part, to their “baby billet box” design. I already have both the original PAL and PAL II pro so I was keen to see if this bigger 18650 version, which now looks even more like a billet box, would be a worthy upgrade. 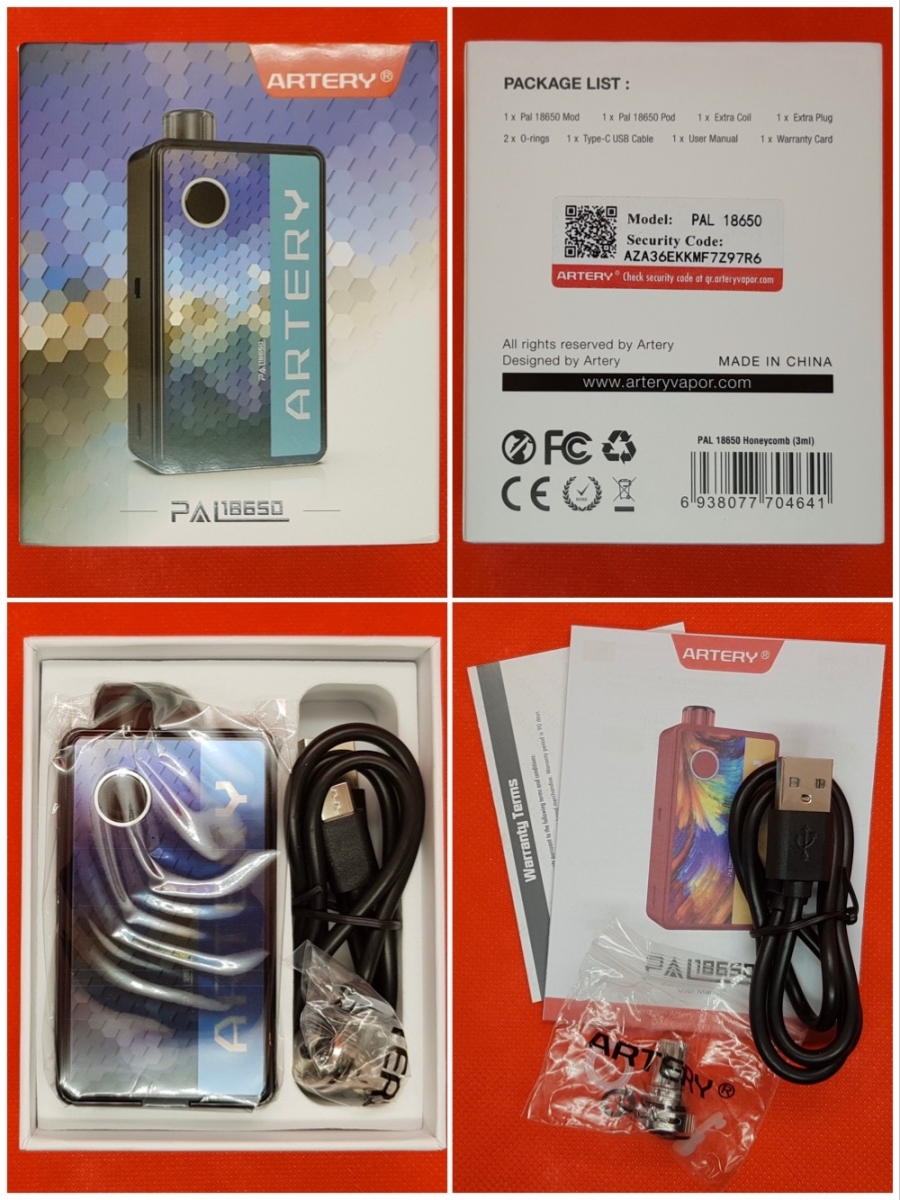 The Artery PAL 18650 comes with an outer sleeve showing the device in your chosen colour on the front, and a list of contents plus authentication code on the back. At present, only two colours are available: “black honeycomb”, which is what I have here, and “rainbow blasted” (red). Inside this, you will find a fairly plain box with just the Artery logo. The lid has finger cutouts for easy access and lifting this reveals an instruction leaflet under which you will find the rest of the kit laid out in a single layer.

The device itself is protected in a plastic sleeve, and the panels also have screen protector style covers on them to further protect the finish whilst in transit. There’s a usb-c cable and a second coil with afc base in a small bag, along with an assortment of spare o-rings. 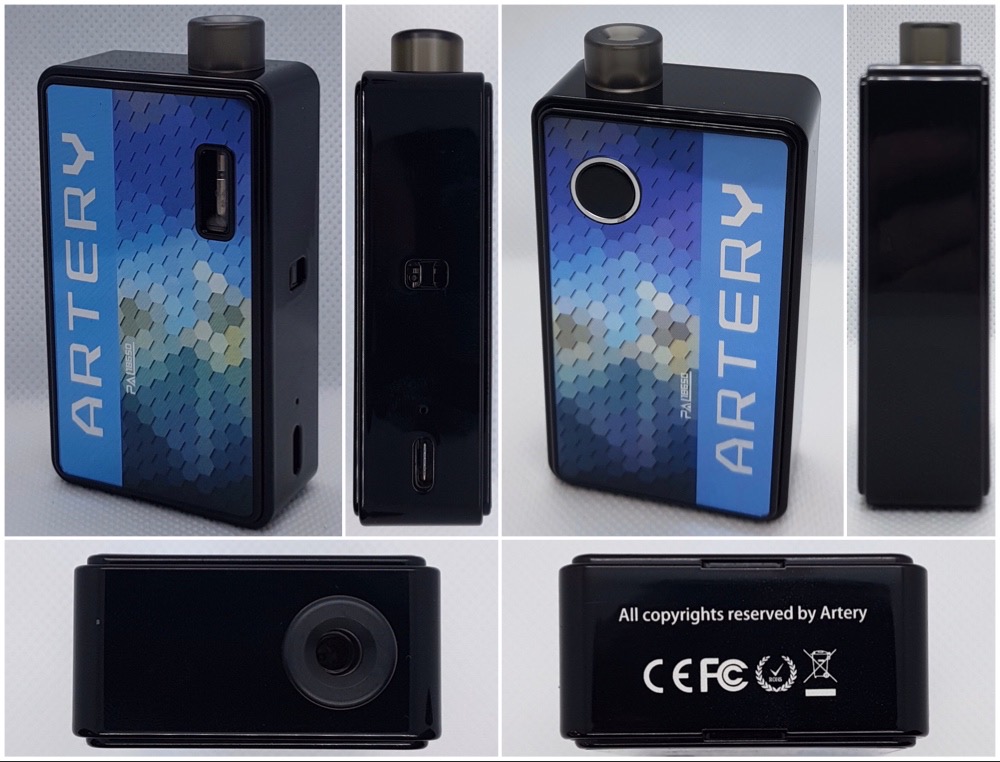 The PAL 18650 perhaps looks a little more like the PAL II Pro than the original PAL and, surprisingly, isn’t all that much bigger despite moving from an internal 1000mAh battery to a removable 18650. It remains fairly lightweight as well due to its aluminum alloy and polycarbonate chassis construction. 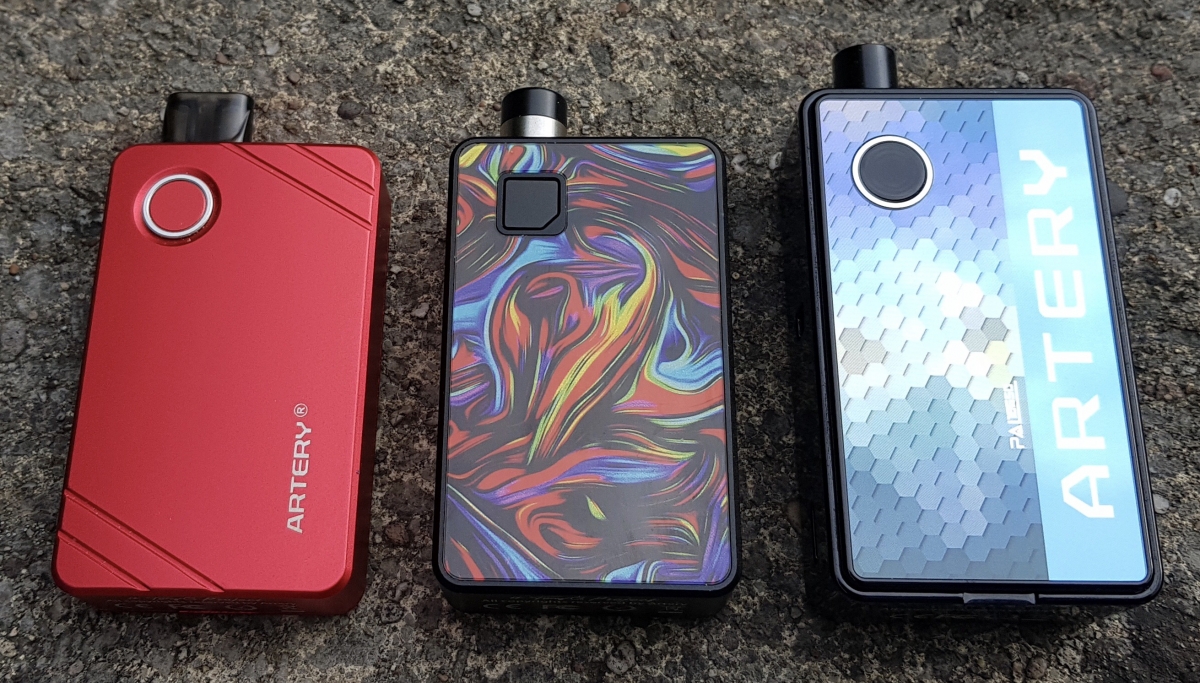 If you’re wondering why the slightly odd angles in the photos, well those side panels have a mirror finish, so much so that you could almost use them as a shaving mirror! Catch them in the right light though and they really do pop. Unfortunately there’s a fair amount of wiggle on both panels which make an annoying clicking sound as well, so if you’re the type that fidgets with things, this might drive you up the wall in short order. The high gloss finish also makes it a bit of a fingerprint magnet.

Under the button side panel, you will find the battery tray with a spring loaded pin at the top. The battery markings could definitely have been made clearer here but there is at least a ribbon to aid in battery removal. On the opposite side, you’ll find the pod itself along with a teeny tiny screen and the up/down buttons. The screen looks exactly the same as the one found in the PAL II Pro so if you’re a little older like myself then reading glasses are a must here. I’m happy to report that the annoying PWM noise from the Pro isn’t as noticeable this time though so it appears to be an all new board. The inclusion of an 18650 battery also means that it’s now capable of outputting 60 watts as well, which is adjustable from 5 to 60 watts in 0.5 watt increments.

Inserting and removing the pod could be easier. Unlike similar systems where you have to put the pod in base first at an angle, here you have to ensure this is lined up pretty much square on which makes me a little worried about the long term prospects of those power pins. This is slightly mitigated by the chamfered edge on the airflow base though.

The edges of the device are fairly blank apart from the airflow and usb-c port on one side and a 510 compatible drip tip up top. There’s an led light behind the USB port to show the approximate battery capacity but this is so dim you’ll barely notice it. Should you need to use the onboard charging then the PAL 18650 charged at 0.96amps with everything remaining nice and cool. I’m glad artery went with a standard 510 because I find the included drip tip just a little too short to be practical. I find this style of kit equally comfortable for either right or left handed use so this could be perfect for all those southpaws out there, and the power button is perfectly placed for use in either hand. 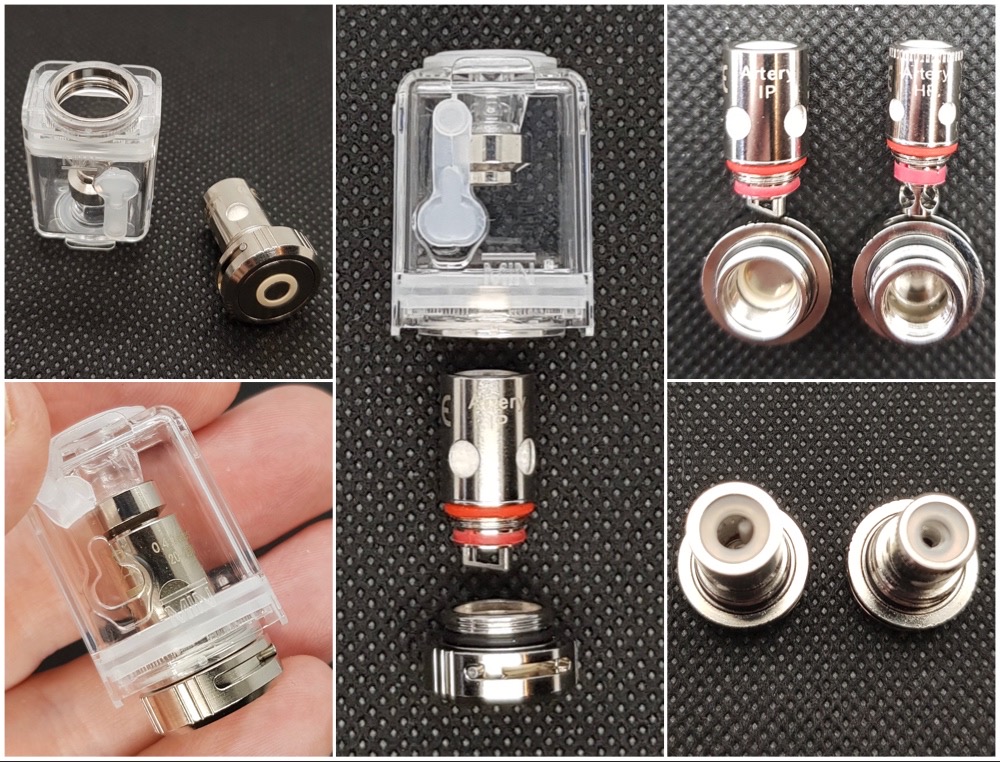 The pod itself uses a standard pod/coil/afc assembly, although here the afc base is threaded into the pod rather than a push fit design. Construction is PCGT which means it should be resistant to most liquids and has a 3ml capacity (2ml for TPD regions). The fill port is fairly low down on the pod which seems counterintuitive but artery suggests filling with the device laid flat so this actually works surprisingly well in practice and the keyhole design means I haven’t suffered from any annoying airlocks whilst filling either.

The PAL 18650 supports IP coils, first seen in the artery nugget aio, and HP coils from earlier artery PAL releases. These coils are different sizes hence the two different afc sections that have been provided in the box. The kit includes a 0.4Ω mesh IP coil for a restricted direct lung vape, and a 1.4Ω round wire HP coil for a mouth to lung experience. Several other HP coils are available so if you have a favourite from earlier releases, those will also work here, plus an rba section is also available as a separate purchase.

I hadn’t used the IP coil previously so I was keen to try them out, it’s rated for 20 to 28 watts but I found that it performed a little better at 30 watts personally. Flavour is decent, as you would expect from a mesh coil, and I don’t think you would be dissatisfied by its performance. There’s been minimal condensation under the tank as well. The HP coil also performed well, although my choice would be the 0.6Ω mesh coil in this application.

If you’re a fan of the previous Artery PAL series but always wished you had a bit more battery life, then there’s much to recommend here with the introduction of an 18650 version without a massive increase in size. Panel fit could be better, but I’m really nitpicking on that point as I’ve encountered worse. So if you’re in the market for a budget billet box style device you could do a lot worse especially with Sourcemore's current price of $21.47.

Many thanks to Sourcemore for sending the Artery PAL 18650 over for review. 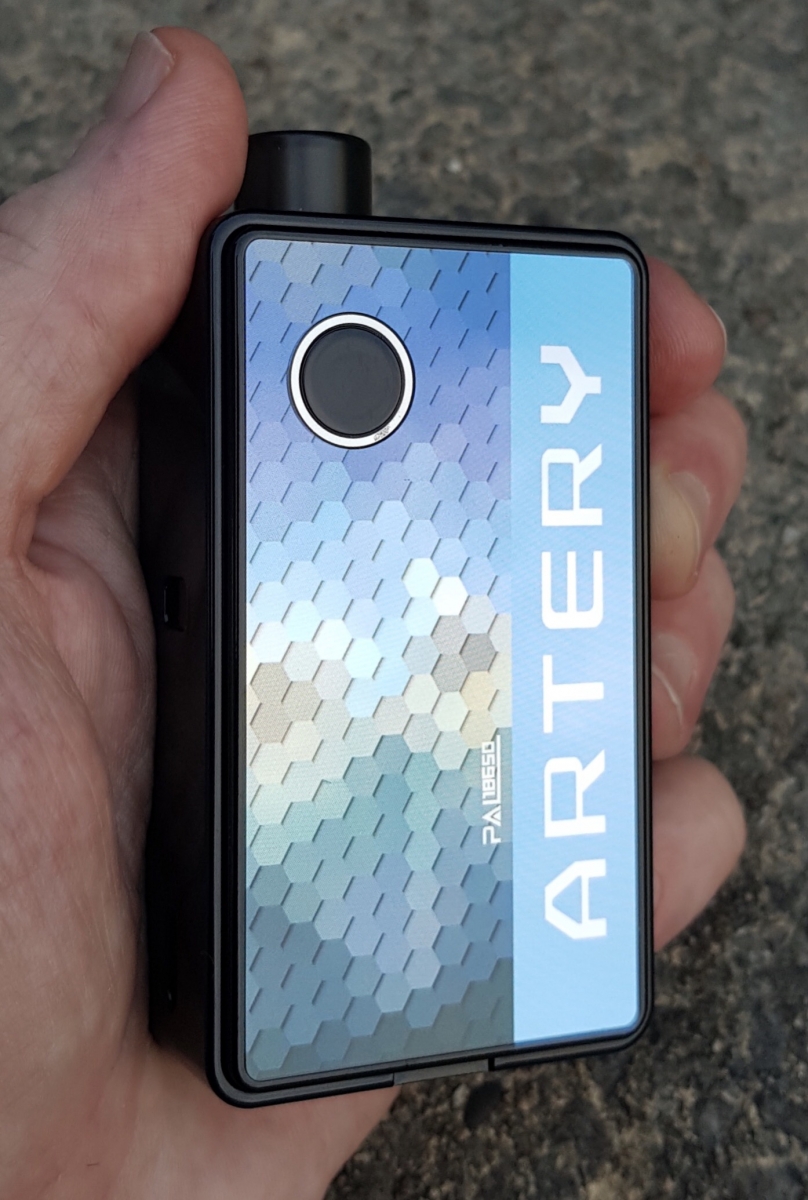