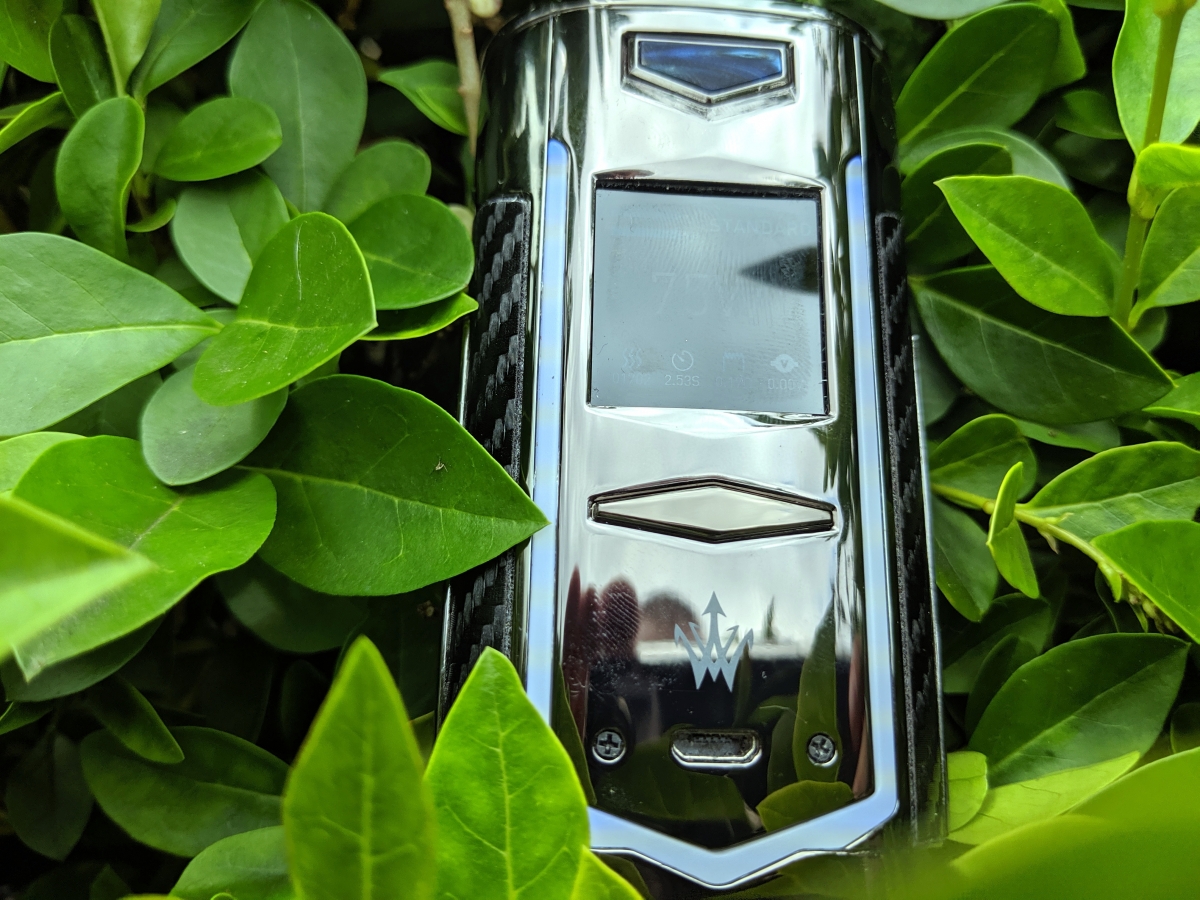 Welcome back to another Sacred Vape review and this time we are looking at what could well be the first device on the market to try and compete with the big boys.  Ladies and Gentlemen, I give you...the Voopoo X217.

Voopoo are a company that need no introduction, they have been real big players for the past 18 months and rightfully so with the excellent Drag mod. It has been a massive seller, probably one of the biggest selling devices of all time, with the Drag 2 proving to be just as popular. So where do Voopoo go from there? They look to step it up a notch by bringing out a bigger battery mod and trying to be the best powerhouse on the market. Matching it with a stunning design, 10 months in the making and the last work of Woody Vapes before they were taken over by Voopoo, the X217 is aiming to be a really massive product within the vaping community.

Does Voopoo Deliver again or are they over reaching as they have done on occassion in the past? Well, let’s find out.

About the Voopoo X217

The Voopoo X217 is, as far as I know, the first dual 21700 device from the company. The mod comes with a stunning design and an all around quality that you have come to expect from this manufacturer.

The device takes dual 21700 batteries (or 18650 via the adaptors supplied) and fires up to 217 watts. It comes with a front fire button, two navigation buttons, a coloured screen and a front USB port. The battery compartment is covered with a magnetic battery door on the bottom of the mod with easy to use clasp. On the back there is a resin strip, because what would a Voopoo mod be without resin? On the top you will find a centralised 510 pin which can easily seat up to a 30mm atomiser which is quite deceiving considering the size and shape of the device.

Going inside now and the Gene chip has ditched the Fit options and has been given a much better menu system to match the classy looks on the outside. The menu system comes with all the usual features with temp control, wattage, power curve and variable voltage with all temperature options provided. You get all the other little options such as date/time and changing the light colour/light up style. I had forgotten, the mod comes with 2 strip lights down the side when it is fired or in standby mode. Five clicks turns the device on and off and 3 clicks takes you into the menu.

So lets get into the pros and cons now shall we? 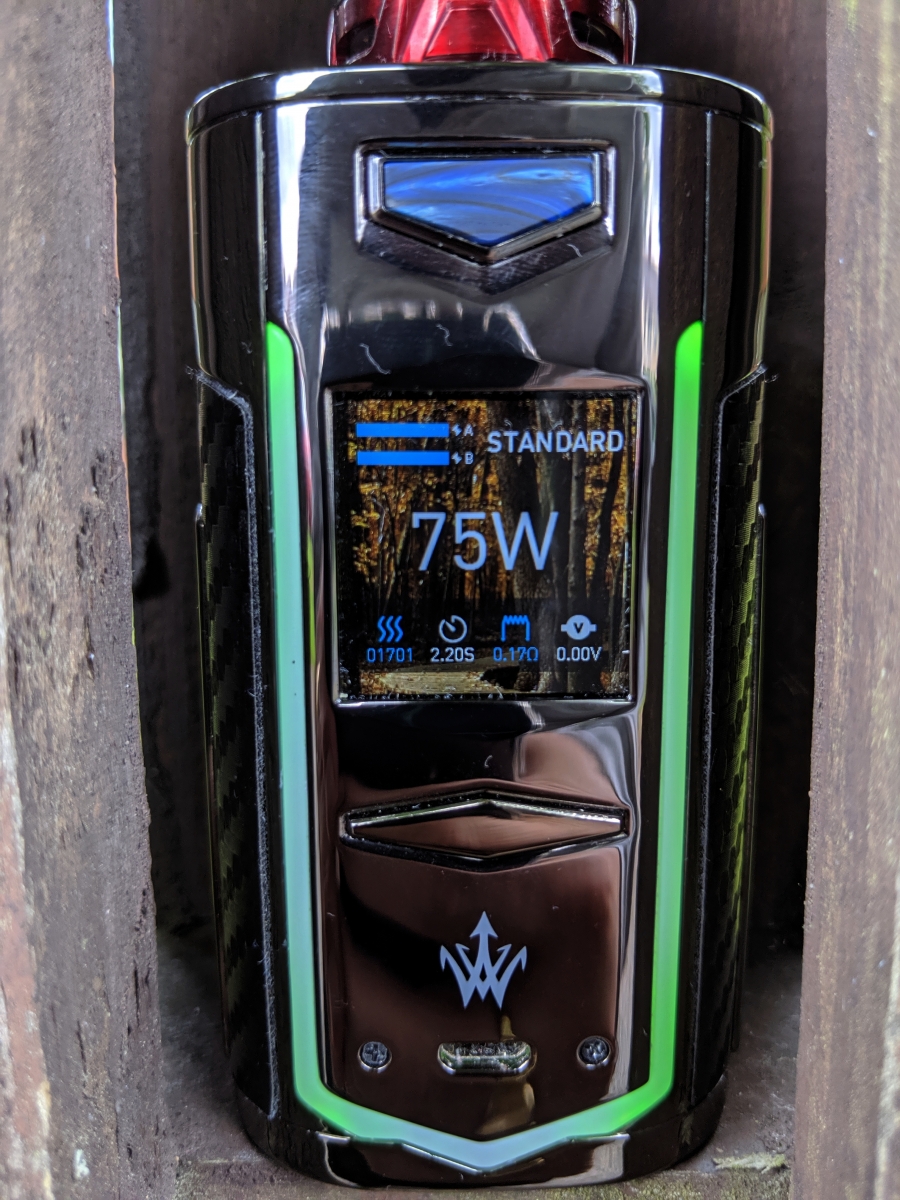 You can’t really start anywhere else but on the looks of the mod and it is absolutely stunning. Beauty is in the eye of the beholder but I have to say that this one looks incredible. Compared to a simple box mod with its name written down the side, the X217 has a classy look about it. In fact, say it quietly but it kinda looks like a G class style mod, not original but straight away it offers high expectations. The shape of the device is very comfortable to hold despite the larger size and there is a nice weight to it with the batteries inserted which really gives you the impression of a high build quality. Even the metal body doesn’t seem to be a fingerprint magnet other than the front of the device so another nice touch. I am even a fan of the front lights that really make the whole design pop, again subjective that one.

So enough gushing on the looks of the device, how does it perform? The magnetic style battery door is fantastic, both easy to open/close but secure enough to not come open in your pocket. The top housing being able to take bigger atomisers is another lovely feature that gives vapers more options than a standard 25mm tank. The fire button is nice and clicky and the device itself is really responsive with quick accurate firing. The screen is clearly set out without overloading you with information, and the menu options inside give you a nice array of ways to vape with the fantastic Gene Chip. Battery life on this is incredible, easily a day and a half with regular to heavy use which adds around half a day give or take over a dual 18650 Drag 2.  So a pair of batteries at fair usage will last 2 days at the very least. Losing the Fit options is a pro. All in all the device looks and works fantastic, surely there can’t be any cons with it?

On to the flip side now and the first one I will start with is going to be the real big thing that everyone has talked about….battery rattle! Yes there is battery rattle inside, even with the dual 21700s fitted. Admittedly, the more you use it the less you notice but there is certainly movement. Incredible that after so long they still haven't fixed it. So that is something to consider when you pick the device up. The next con is a personal one for me and that is that the fire button is a little small on the front. It doesn't feel 100% natural using your thumb and perhaps if it was a bit bigger or a little lower down then maybe that would have alleviated the issue, who knows?  The weight may be an issue for a few people as the device does feel a little bulkier and heavier than similar ones on the market, which does trade off against the build quality. But if you don’t want a heavy mod then you may not get along with this. Other than that, there aren’t many things I can fault it on, I am trying!

Now this is where I have to tell you whether I recommend the device and summarise it up into one neat package. First and foremost, let’s consider the device itself.  If you want a mod that looks incredible and performs just as well but at a mid-range price tag then this is going to really interest you. Sure it has it's little niggly flaws such as the battery rattle, but if you can get past that then you can potentially own a mod that will stand out in a crowd and that is saying something with the sheer amount of options on the market. So onto price point for this mod. You honestly could be looking at around £50 for it, which for the classy style will be well worth your time. Would I recommend this device?  Yes! It is a fantastic device for the price and it may not knock the DNA chip off it's pedestal but at the very least, it outclasses most others mods currently in the market today. 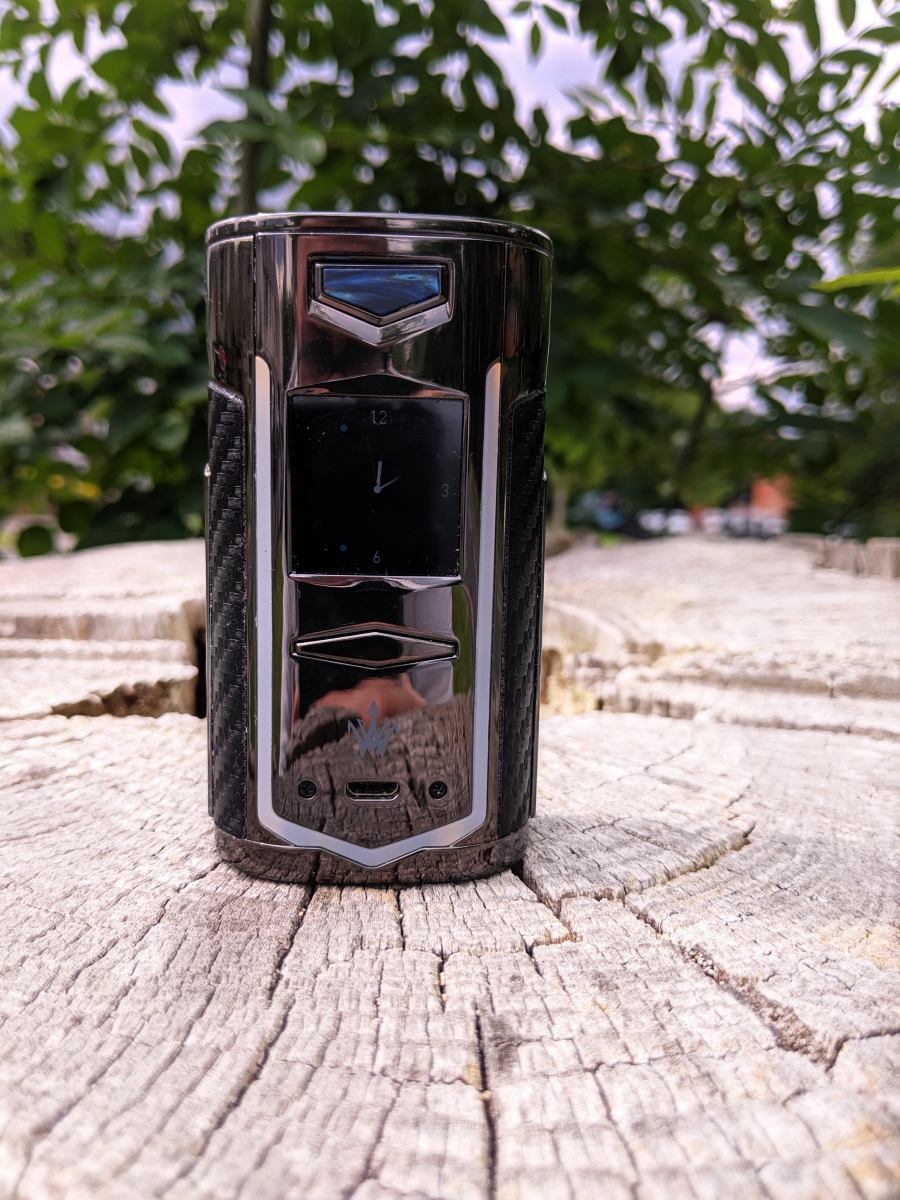