A short while ago, our good friends at Dispergo Vaping sent over their new Okay Orange range for review. It was yet another stellar range from one of my favourite juice makers, so I was dead chuffed when they said that they had expanded the range. Even better, they sent over a couple of bottles for me to try. If you haven’t already checked out the first Okay Orange review, I would recommend giving it a quick read as will bring you up to speed with the story so far with the general presentation and the story behind the name as well as all the basic information you might need. This time, I am going to jump straight in and get on with the taste testing to see if these are worthy of their places in the original line up. 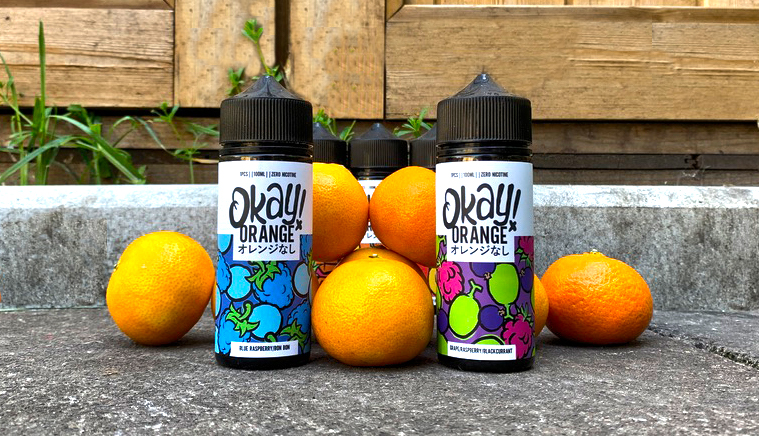 “Blue Raspberry Bon Bon by Okay Orange, features a sweet yet tangy all American favourite Blue Raspberry with the mouthwatering chewy base of a Bon Bon.”

If you have followed my juice reviews, you will see a bit of a theme with blue raspberry juices. As a rule, we don’t get on well, so I was a little disappointed when I opened the package and saw this one pop out. Thankfully where so many fall short, this one rises above and then some. Maybe it is because it isn’t a straight blue raspberry flavour, but for me it works so much better. Dispergo really excel at the more technical aspects of flavour matching and this is no exception. Initially the raspberry flavour comes through, strong and sweet but with enough sharpness to keep things interesting. If you are hoping for an authentic berry, that isn’t what this is but that wouldn’t have worked so well as this is, as the name suggests, a candy flavoured e-liquid and this is where the master stroke comes in. I only recently discovered how nice bon bons are, that combination of sweet chewiness and a dusting of light sugariness is just amazing. I really don’t know what took me so long as I love sweets, better late than never though. This juice fully captures the delights of the confectionary, you get a really wonderful full mouth chewy feel, bursting with mouth-watering raspberry candy flavour, and this is followed by the light dusting of the sugar coating which is delicate but lifts the flavour to a new level. If you like candy flavours done well, you will love Blue Raspberry Bon Bon.

“Rich, black grapes mixed with tangy raspberries, finished with blackcurrant to give the burst of berry along with some added chewy notes. Balanced to perfection.”

Another one of Dispergo’s magic tricks is to take something that sounds simple and turning it into a masterclass of complexity, and that is exactly what they have done here. Yes there are just three flavours but the way they blend and intertwine, dipping in and out as you vape, makes this an outstanding juice. I will warn you that if you like subtle flavours, this is not going to be for you, this is a full on taste explosion. My first inhale left me stunned, it is seriously intense and I hadn’t really expected that. Not that I minded as it was amazing. Each flavour is clearly distinct, the grape is dark and rich, the raspberry is sweet and sharp, and the blackcurrant is such a deeply complex flavour. You can easily pick out each note but as you do, the next one comes up and does it’s thing. Even more impressive is that although it is such a rich, complex, in you face flavour, it never gets too much and I can easily vape this all day. I can safely say that I was blown away by this one and Grape, Raspberry and Blackcurrant has jumped right up to the top tier of my favourite juices of all time.

Well the team at Dispergo have done it again. I already loved the Okay Orange range, and these two late additions are definitely worthy of the place here. Now of course taste is very subjective so if you aren’t in to berry flavours, you won’t dig these two juices, and same if you aren’t a candy vaper, but if they fit your tastes, you are in for a couple of very special juices.

That said, you don’t just have to take my word for it as, with all their juices, these are covered by the Dispergo Taste Guarantee. This means that if you aren’t completely satisfied, you can send it back to them and change it for something else. This is a completely free service, you don’t even have to pay for the return shipping, Dispergo have got you covered. I just love this idea as it can be pot luck buying juices blind so it is great that you won’t be stuck with a big bottle of juice that you really don’t like.

If you want to give these a try, you can pick them up for £14.99 or two for £25, and this includes free nic shots. Many thanks again to Dispergo for sending these wonderful e-liquids in for review. 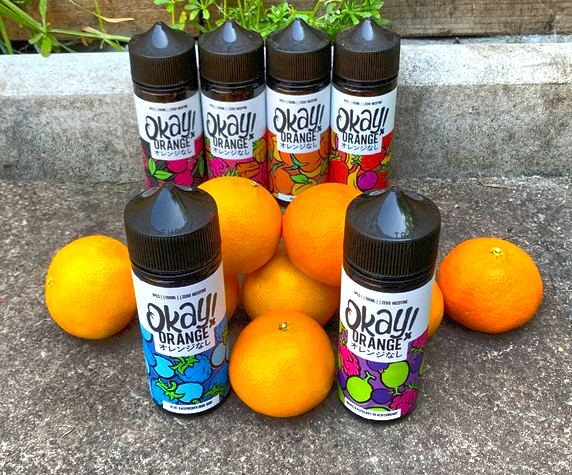