A guide to Nicotine Salts

Nicotine salts is a term you might have seen popping up quite a fair bit recently, and many of you might be scratching your heads as to what they actually are. Here's a quick guide to get you up to speed.

Nicotine salts is a term you might have seen popping up quite a fair bit recently, and many of you might be scratching your heads as to what they actually are. It's definitely not something you put on your chips, rather it's a very effective form of nicotine that differs slightly from the freebase nicotine we are used to in our day to day eliquids. It's become very popular in the USA, and nicotine salt products are starting to make their way over to the UK market.

What are nic salts?

On average, when smoking a cigarette it takes around 6-7 seconds for the nicotine hit to have an effect, and vaping freebase nicotine tends to take longer for this effect to take hold, whereas nicotine salts work quicker and provide the hit sooner.

Who made nic salts first?

Do nicotine salts benefit people making the switch from smoking to vaping?

There are more than a few people out there who have struggled at first with switching from smoking to vaping, because they don't get the near instant gratification of a nicotine hit that they would get from a cigarette. They also struggle with the harsh throat hit that high strength ‘traditional’ eliquid can provide, which is off putting at first to a new user and requires persistence to get used to.

Nicotine salts work differently, and are able to provide that nicotine hit quicker, satisfying nicotine cravings within a few puffs, and the throat hit is far smoother with a higher nicotine concentration. This is perfect for someone trying to quit smoking and move over to vaping, and a big reason why the Juul has been such a runaway success in the USA.

What sort of vaping products use nicotine salts?

Perhaps the most famous product to use nicotine salts is the one that started it all, the PAX Juul, which had been proven to be immensely popular in the USA. For a very brief period of time you could purchase a Juul in the European Union from a couple of vendors, however the TPD legislation put paid to that due to the nicotine content in Juul pods, and as such the Juul is no longer available in the EU. 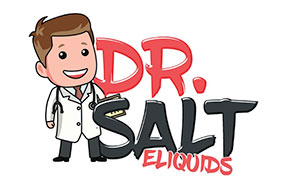 The strongest strengths of these e-liquids are intended for use in refillable pod system devices such as the Limitless Pulse, starter kit devices such as the Eleaf iCare, or tanks with high resistance coils and mouth to lung draws, such as the Aspire Nautilus 2. Lower strengths are also formulated and geared towards RDA and Sub Ohm tank users. At present, the cost of these eliquids is slightly higher than the eliquids we are used to using, however many people will find that their bottles of nicotine salt based eliquid last substantially longer than usual due to the more effective nicotine hit requiring less usage so the saving is there to be made by lower consumption rates of juice.

I have no doubt that the draconian 20mg limit imposed by the TPD on vaping products will adversely impact upon smokers using nicotine salt based products to help them make the switch from smoking to vaping, which is a real shame due to how effective nicotine salts can prove to be in harm reduction. It without a doubt limits the choices available to them within the nicotine salt market.

The Juul has proven to be one of the most popular and successful devices at getting people to stop smoking and start vaping in the USA, and this is thanks to the 50mg nicotine salt content found within its pods doing a superb job at replicating the nicotine hit a smoker would get from a cigarette. A 20mg pod just doesn't have the same effective hit that a 50mg one provides, meaning that increased use is required in order to achieve satisfaction, which would in turn lead to increased spending on replacement pods with new users, which may put them off and potentially back onto smoking due to the amount they have to spend on replacement pods.

One way that nicotine salts can still be effective with smokers making the switch is that they can use the highest strength 20mg nicotine salt eliquids with refillable devices such as the Nautilus 2 and the iCare, however there are still many users that would prefer the simplicity of a high strength nicotine salt pod system device over a refillable device, and due to the lower power and tighter draws with pod systems a 50mg strength would really be required with these.

I personally have no doubt that these products will increase in popularity here even further over time, however it is a shame that the TPD imposed 20mg limit prevents these products from becoming a viable option for people wishing to quit smoking, as I'm sure that the higher strength options would only benefit harm reduction. Time will tell however, and I'll be following developments within the nicotine salt market closely.