The Independent European Vape Alliance, which claims to be “the only pan-European vaping association”, has launched a new campaign aimed at educating smokers about the harm reduction potential of vaping compared to combustible tobacco. It says that “far too few smokers know the actual facts about e-cigarettes, making them less likely to switch to a significantly less harmful alternative.”

The Independent European Vape Alliance says it is, “the only pan-European association aimed at uniting national associations, companies, manufacturers and wholesalers in the vaping industry and providing them with responsible representation at the European level. IEVA’s founding principle is to contribute to harm reduction and public health. E-cigarettes have a significant positive impact and should be recognised as a harm reduction tool because vaping is not smoking.”

The Independent European Vape Alliance states that the lack of understanding has serious consequences. According to the European Commission, “Tobacco consumption is the single largest avoidable health risk, and the most significant cause of premature death in the EU, responsible for nearly 700,000 deaths every year. Around 50% of smokers die prematurely.”

Independent studies have shown that the switch to vaping is often an effective way to stop smoking completely. In the UK and New Zealand, government agencies strongly encourage smokers to switch to e-cigarettes and advise healthcare professionals to suggest e-cigarettes as an alternative when counselling smokers. The result: the smoking rates in both countries have been significantly reduced.

“The developments in New Zealand and the UK are examples of progressive and enlightened public health policies. Political and public health leaders should take a close look at these results. Vaping can make a significant contribution to reducing smoking rates,” said Dustin Dahlmann, President of the Independent European Vape Alliance.

Many independent scientific studies provide clear evidence that vaping is significantly less harmful than smoking. These results are the focus of this campaign and can also be read on the https://vapingfacts.eu/ website.

Reasons for lack of factual knowledge in the population

Many smokers hesitate to switch because they are unsettled by negative claims about e-cigarettes which have little basis in fact.

A team of international researchers examined the 24 most frequently cited vaping studies published in medical journals.

The researchers came to a worrying conclusion: “The findings are shocking: almost all of these studies were found to be methodologically flawed; they lacked a clear hypothesis, used inadequate methodology, failed to collect data relevant to the study objectives, and did not correct for obvious confounding factors."

The European awareness campaign will take place over the coming weeks via the social media channels of the international members of the Independent European Vape Alliance. 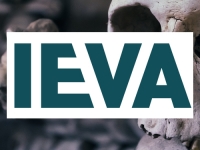