Professor Nick Hopkinson has hit back at a Lancet article that claims prescription vapes would be “another public health catastrophe”. Prof Hopkinson is the chair of the UK’s anti-smoking charity Action on Smoking and Health and has frequently made positive statements about vaping. His letter to The Lancet lists out a number of key facts to debunk those opposed to vaping.

Hiding behind “the precautionary principle”, The Lancet has run multiple negative articles and editorials about vaping where the text is littered with the words ‘might’, ‘could’, and ‘possibly’. Assorted authors have been given free rein to make personal attacks on harm reduction advocates, infer that vaping leads to drug use, and somehow linking EVALI to Covid-19 and linking them both to vaping.

The journal that claims it promotes “the best science for better lives” all too often ignores science when it comes to tobacco harm reduction and electronic cigarettes.

The authors of the original piece state: “The UK Medicines and Healthcare products Regulatory Agency is considering prescription of e-cigarettes on the National Health Service. This consideration heralds the next big revenue stream for big tobacco, whose lobbyists have campaigned for the prescription of e-cigarettes as UK smoking rates dwindle. We absolutely disagree that ‘doctors, medical leaders and health campaigners welcomed the move’.”

Professor Hopkinson says that their criticism of the UK Medicines and Healthcare products Regulatory Agency's decision overlooks “a wealth of evidence suggesting that use of these devices is substantially less harmful than smoking as well as a Cochrane review and actual use data showing that, by providing an alternative source of nicotine, e-cigarettes can be an effective aid to support people to quit smoking.”

The vape knockers fall back on the fallacious position of claiming there are “immediate toxic effects of e-cigarettes”, laughably saying that the risks from vaping “far outweigh those of conventional cigarettes”. They justify this position by pointing to pseudoscience and the roundly debunked claim that vaping caused the EVALI lung disease outbreak in the United States.

Hopkinson points out that the three pieces of evidence offered up to support their position include two hospital case reports of people who admitted to using illegal cannabis products and one where no smoking history was given.

“These reports are therefore of little relevance to the use of consumer-licensed vaping products available in the UK, which are regulated in accordance with the EU Tobacco Products Directive. These references are even less relevant to any putative future product that had been through the medicinal licensing process to allow it to be marketed as a smoking cessation aid,” he explains.

Professor Nick Hopkinson also works as a consultant physician at the Royal Brompton. When the UK Medicines and Healthcare products Regulatory Agency originally made its announcement, he said: “Most of the people that I see in clinic have lung disease which is caused and worsened by smoking. Despite this many still smoke, trapped by an addiction which for almost all of them began in childhood. There is already good evidence that commercially available e-cigarettes enable people to switch away from smoking to a much safer alternative. However, the development of medicinally licensed e-cigarettes would be a really important step forward, providing patients and healthcare professionals with an additional tool to break dependence on smoking, backed up by the reassurance that comes from a rigorous authorisation process.” 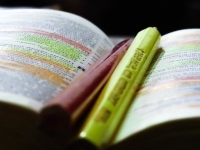