“Among smokers seeking help, most do not achieve smoking cessation even with intensive treatments. Some 80% of smokers treated in clinical trials where various selection criteria apply and more than 80% of those receiving intensive treatment in routine care smoke 1 year later,” the authors of the study state.

Their words will resonate with most vapers who struggled to quit tobacco use until they discovered vaping. Patches, gum, and counselling all failed where custard or strawberry e-liquid succeeded.

NRT hasn’t been a complete failure though; designed with ‘cut down to quit’ in mind, the idea is to gradually wean the user off nicotine dependence. “The approach, however, is costly, the quit rates that it generates are low,” they say, “and achieved only with regular behavioural support and monitoring.”

“The rise of e-cigarettes has now provided a new impetus to explore this issue further. E-cigarettes have been shown to provide help to smokers attempting to quit.”

The team noted that vaping has helped people to quit smoking or reduce the volume of cigarettes they used who weren’t planning on quitting. It is this aspect that they find revolutionary – a 9% smoking cessation rate after one year, but they do note that a previous study looking at this aspect had no control group not receiving e-cigarettes.

A key to vaping, they believe, is the link to vaping helping smokers to reduce the volume of cigarettes they smoke. Helping to break a habit is something that traditional approaches have and continue to fail to achieve in the majority of cases.

This study was a randomised controlled trial (RCT), a gold standard in research. It was conducted with clients at a stop smoking service conducted at Queen Mary University of London. They worked with a total of “135 smokers (median age = 40 years, 51% male) previously unable to stop smoking with conventional treatments.”

“Participants were shown three different refillable EC products (Innokin T18E, Smok and TECC mini with variable voltage) and explained the principles of their use. They were instructed to obtain one of these, or another product of their choice, together with initial samples of e-liquid with the strength and flavour of their choice, either via a voucher for up to £40 at a local vape shop that agreed to provide this service or via other suppliers and claim a refund against their receipt of up to £40.”

“Regarding flavour preferences, only a minority opted for tobacco flavoured e-liquid. Fruit flavours were the most popular.”

None of the participants moved to using sealed pods or disposables, preferring to stick with their refillable units.

This study did not provide the intensive multi-session face-to-face behavioural support previous work did, so the team were unsurprised to see that overall quit rates were lower – but what they did note was that vaping worked better than NRT options, and was more marked than in Hajek’s previous work.

They noted that NRT only works when a professional is constantly encouraging the smoker to quit, “[ecig] use seems to require less effort, possibly because [ecigs] are better than NRT in providing what smokers seek.”

They concluded: “In smokers unable to quit using conventional methods, e-cigarettes were more effective than nicotine replacement therapy in facilitating validated long-term smoking reduction and smoking cessation when limited other support was provided.”

Another sterling piece of work that again proves the efficacy of vaping. 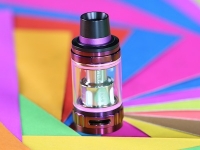