The World Heart Federation (WHF) is demanding governments around the globe implement strict regulations on e-cigarettes. Its policy brief relies on half-truths and lies to push for a “determined effort to stop the e-cigarette epidemic in its tracks.”

The WHF says: “Electronic cigarettes, also known as e-cigarettes, have become an increasingly popular alternative to conventional cigarettes, particularly among young people. This is primarily due to aggressive marketing strategies and misleading claims by manufacturers, which have led to a widespread belief that e-cigarettes are a healthy option compared to regular tobacco cigarettes. These claims, however, appear to ignore the growing number of studies that link e-cigarettes to a range of health issues, including an increased risk of cardiovascular disease.”

The organisation says that studies have found that e-cigarettes contain and produce dangerous substances which can affect the heart, respiratory system and brain.

Although acknowledging, “there is some evidence that vaping can help smokers quit”, it states that vaping has the opposite effect on non-smokers, “who are more likely to start smoking after taking up vaping”.

Then the WHF launches into full-on tin foil hat territory when stating: “a growing body of research shows that e-cigarettes are unhealthy products designed to be addictive and hook first time users, particularly teenagers – a key target market for e-cigarettes manufacturers.”

Its new policy briefing, E-Cigarettes: A New Threat to Cardiovascular Health, claims to “explore the available evidence”, but it will surprise nobody at this point to discover that it doesn’t. The document simply serves to hunt out weak pieces of work that support its short-sighted approach to call for “stricter regulation and greater oversight of e-cigarette sales and marketing”.

“Like the many tobacco and nicotine products that precede them, e-cigarettes carry significant health risks. Yet despite evidence to the contrary, vaping continues to be marketed as a healthy alternative to smoking, and an increasing number of people are falling into the trap. Unless governments take immediate action, the global e-cigarette market is projected to reach USD 26.8 billion by 2023.”

The document downplays the strong independent evidence form the United Kingdom by choosing to ignore it entirely, preferring flawed studies and junk science.

“In addition, the industry has also been pushing for e-cigarette-friendly regulation while continuing to oppose effective regulation of conventional cigarettes and other tobacco products.

“The tobacco industry has a long history of using deceitful and misleading claims to advertise its products. One of its current objectives is to ensure that e-cigarettes are perceived as safer or harmless alternatives to conventional tobacco cigarettes. To this end, the industry has funded several studies that severely downplayed the dangers of e-cigarettes.”

IMAGE BY CLKER-FREE-VECTOR-IMAGES FROM PIXABAY

IMAGE BY GORDON JOHNSON FROM PIXABAY 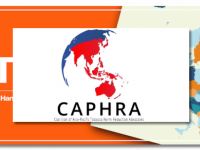 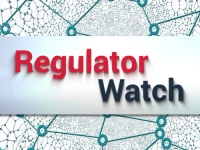