The "Build Back Better" nicotine tax will hurt Democrats in 2022, according to the American Vaping Association (AVA). The Bill was passed by the House of Representatives in a 220-213 vote and now passes to the Senate. Without concerted consumer action, it is looking as though American vaping is about to receive another nail in the coffin.

Heading into the vote, the American Vaping Association cautioned House Democrats that the excise tax on nicotine products contained within the BBB bill will harm public health and alienate millions of voters heading into the 2022 midterm elections.

The new tax hike proposal came as a surprise to harm reduction advocates. When the Biden White House released their proposed framework for the bill, absent from the plan was a scheme previously floated by House Democrats that aimed to raise $96 billion over ten years by dramatically increasing federal exercise taxes on cigarettes and all other tobacco and nicotine products.

Following its introduction in September, the proposal came under fire as a regressive tax that would violate President Biden's pledge not to raise taxes on American families making less than $400,000 per year. White House press secretary Jen Psaki refused to say whether President Biden supported that element of the plan.

Then, two days before House Speaker Nancy Pelosi called for a vote, House leadership filed a manager's amendment to add a provision to the Biden BBB bill targeting only nicotine vaping products and pouches with a new federal excise tax of 2.7 cents per milligram of nicotine.

By eliminating the tax hikes on cigarettes and other established products, the tax is now estimated to only raise $9 billion over the next decade. Under such a tax structure, many adults would end up paying more in federal excise taxes to vape than to smoke cigarettes.

The AVA says that this late addition to the bill attracted fresh criticism by progressive and conservative sources, questioning what this tax says about Democratic priorities.

Democratic Senator Joe Manchin said: "With where we are right now, a tax on nicotine? That doesn't make any sense to me whatsoever."

AVA’s President, Gregory Conley commented: “"Senator Manchin is correct to oppose this harmful tax. There is no valid reason to impose new taxes on tobacco-free nicotine products, particularly at a time when American families are feeling the impact of rising inflation. By aiming to make smoke-free alternatives more expensive than smoking, House Democrats are sending a message to millions of Americans that their health matters less than protecting the wallets of billionaires.

"Just as opposition to cannabis reform has hurt Republicans in many areas of the country, the refusal of congressional Democrats to rethink their messaging on nicotine will cost them working class voters in 2022 and beyond."

The vote in favour of the Bill runs totally contrary to the advice delivered by Michael Pesko, who said that new taxes on vaping products will lead to more combustible cigarette smoking by both youth and adults. 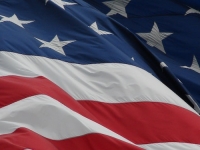