Aotearoa Vapers Community Advocacy (AVCA), a consumer group in New Zealand, is calling on the Kiwi government to ensure that vaping is square and centre in its smokefree action plan. The organisation says there is mounting pressure on the Government to take all the necessary steps available to achieve the country’s decade-old smokefree ambition.

The request comes as Associate Health Minster Dr Ayesha Verrall is preparing to release a discussion document on a draft action plan to meet the Smokefree 2025 targets.

While the NZ Cancer Society recently launched a petition to drastically reduce the number of tobacco stockists, AVCA (1) is now calling on the Government to urgently rethink its approach to regulating vaping.

From 11 August, it’s proposed that all but three vape flavours - mint, menthol, and tobacco - will be removed from general retailers such as supermarkets, service stations and convenience stores.

The Ministry of Health is currently reviewing submissions on its draft vaping regulations. However, that work must dovetail with the country’s smokefree action plan, Nancy Loucas, co-director of AVCA, told Planet of the Vapes.

“Finalising the vaping regulations and the smokefree action plan must not been done in silos. The two are intrinsically linked, with vaping an effective tool towards Aotearoa achieving the smokefree goal. It should be regulated proportionately.

“As the most effective smoking cessation tool in history, vaping has been key to reducing our national smoking rate in the past decade. Going forward, encouraging smokers to switch to much safer and less expensive vaping products is absolutely critical to achieving smokefree,” she said.

The tobacco harm reduction advocate says she realises that achieving Smokefree 2025 is now unlikely, however all is not lost with the Associate Health Minister elevating it as a priority workstream since her appointment late last year.

“Dr Verrall is a public health expert and a strong proponent to getting Smokfree 2025 back on track. She knows it will require some drastic measures and has the knowledge and determination to make this 2011 goal finally happen,” continued Ms Loucas.

AVCA believes the imminent discussion paper on a draft plan to meet New Zealand's Smokefree 2025 aspirations needs to focus on access around both tobacco and vaping.

“If we want to avoid Kiwis returning to cigarettes then the Government’s plan to limit vape flavours needs to be purged before it comes into play. We expect this contentious issue, and ways to ensure more smokers can successfully switch to vaping, will feature as distinct discussion areas in the Government’s paper out soon,” she added.

AVCA also hopes everyone involved in tobacco harm reduction in New Zealand will be actively called upon and listened to in the shaping of the smokefree action plan.

“To achieve smokefree all the right incentives and interventions will need to be rolled out. If we don’t take big steps, then New Zealand won’t be smokefree for nearly two more decades and Maori won’t be for another four decades. So, it’s now or never,” she says.

Nancy Loucas says if the smokefree discussion paper doesn’t adequately deal with the Government’s vaping strategy and regulations, then ministers should. Cabinet will be asked to approve the Ministry of Health’s finalised vaping regulations by the end of June.

“2021 is arguably the most critical year from Smokefree 2025. We have hugely consequential vaping regulations being finalised and a smokefree action plan being formulated. Commanding an absolute majority, this Government can be bold. We now wait with bated breath,” she says.

Image by cmccarthy2001 from Pixabay 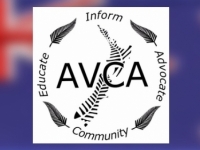