Aeschylus, the so-called Ancient Greek father of tragedy, reputedly said, “in war, truth is the first casualty.” The United States has been waging an insane war on vaping and tobacco harm reduction and truth has become redundant to authorities which no longer care about educating the public or being seen to tell the truth. The Indiana High School Athletic Association and the Indiana Department of Health are the latest tragic exponents.

“The Indiana Department of Health and the Indiana High School Athletic Association are joining forces to communicate the risk of serious lung disease caused by vaping to every high school athlete, student and community in Indiana,” they say.

For the two organisations to be persisting in a lie that has been debunked by experts around the world, and one no longer supported by the USA’s Centers For Disease Control, beggars belief.

Professor Peter Hajek, the Director of the Tobacco Dependence Research Unit at Queen Mary University London, explained last year: “An outbreak of acute lung injuries has developed in the USA, affecting mostly young people who vaped illegal marijuana (THC) cartridges. Indeed, it later turned out that all laboratory samples taken from people with confirmed diagnosis, of whom some denied THC use, contained a contaminant found in these cartridges (Vitamin E acetate, used to improve THC viscosity).”(2)

Other lies the Athletic Association and the Department of Health are propagating includes a claim that there is an “epidemic” of vaping in the state, “especially among teens.”

Epidemic is defined by the Oxford English Dictionary as: “a sudden outbreak of infectious disease that spreads rapidly through the population”. Even if there was a high rate of vaping taking place, it certainly couldn’t be described as an epidemic. The thing is, like in the United Kingdom, there is no problem with large numbers of non-smoking teens taking up vaping. 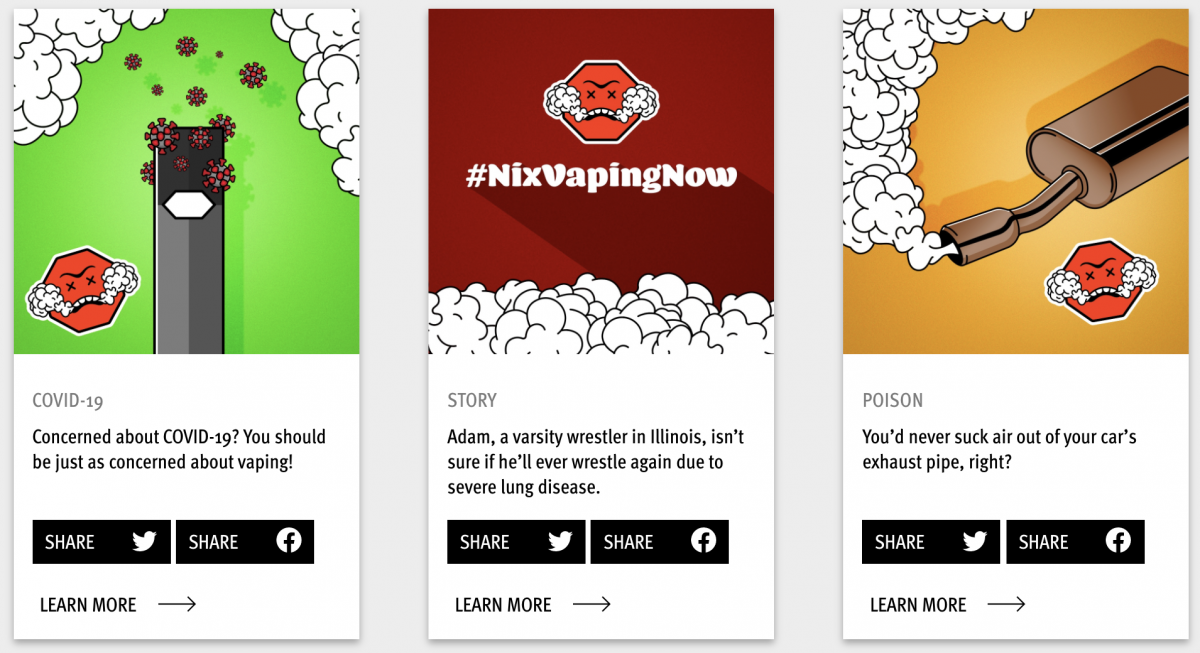 Cherry picking from the worst, most scientifically illiterate studies possible, their website goes on to claim formaldehyde, arsenic, and lead is found in vapour. There is no mention of the amount found, that the volume is drastically reduced from that found in tobacco smoke, nor that compounds like formaldehyde are created naturally in the body or emitted from sofas.

An independent study(3) last year found identical levels of heavy metals in the blood and urine of vapers and never-smokers/vapers.

The liars even try to make out that e-liquid contains nail polish remover, that vapers are more at risk from COVID-19, and that “vaping can give you the lungs of a 70-year-old”.

If the Indiana High School Athletic Association and the Indiana Department of Health genuinely cared about the state’s teens then maybe they could try telling them the honest truth for a change?