Aotearoa Vapers Community Advocacy (AVCA) believes the opportunity is still there for the New Zealand to do the right thing on eliquid flavours. Despite the Smokefree Environments and Regulated Products (Vaping) Amendment Act 2020 now in play, “the Government could still opt to follow the evidence, not the emotion, when it comes to final decisions around the availability of vape flavours”.

“Nearly a year since a Parliamentary petition on vaping flavours closed, and exactly six months since the Government’s vaping legislation was passed, the petition organiser has submitted a supporting supplementary submission at the Health Select Committee’s request,” says AVCA1.

AVCA’s petition to Parliament requested: “That the House of Representatives debate the Government’s proposal to limit flavoured nicotine e-liquids to mint, menthol and tobacco.”

Over 17,000 people signed the petition before it closed on 31 March last year. Disappointingly the petition was not formally accepted by Parliament until 10 August last year – five days after the vaping legislation had been passed.

AVCA co-director Nancy Loucas says all is not lost because the Ministry of Health has now opened submissions on its draft vaping regulations. Limiting vape flavours to just three for general retailers, such as service stations, has still to be confirmed ahead of the proposed 11 August 2021 implementation timeframe.

“We believe the proposal to limit flavours is counter to the views of experts - the Ministry of Health and Hapai Te Hauora - and will not help achieve Smokefree 2025. We know vapers quit smoking with fruit and dessert flavours, not tobacco, menthol, or mint flavours, as they are not looking for a cigarette taste but to move away from cigarettes,” Ms Loucas wrote in her submission to the select committee.

She completely dismissed suggestions of a Kiwi youth vaping epidemic as the result of media sensationalism, stating that a comprehensive study of young New Zealand secondary school students last year well and truly putting that myth to bed.

From 2016 to 2018 AVCA ran its own Vape It Forward (VIF) holistic mentoring programme with adults who had tried to stop smoking using conventional methods, she told the select committee. It proved successful, especially for Maori participants, with data collected confirming that the majority of the new vapers had found success using fruit and dessert flavours. They did not want tobacco flavours, and very few wanted mint or menthol.

“Having only tobacco, mint and menthol available in rural localities with no access to bricks and mortar specialist vape shops will limit the success of those smokers, and current vapers, to become and stay smokefree. The very people with the highest smoking rates, who suffer the most harm from smoking, are wildly disadvantaged by the restrictions put forth, to combat a ‘youth epidemic’ that does not exist in Aotearoa New Zealand,” Loucas stated.

“I am hoping my petition signed by 17,357 Kiwis is finally taken seriously. We don’t have to make vaping a lot less attractive to adult smokers on 11 August. If we are to ever achieve a smokefree country - where only 5% or less of the population smoke – we need to support smokers to quit, not take the best tools away.”

Vapers and interested parties can add their comments to the proposals for regulations on the Smokefree Environments and Regulated Products Act website2. 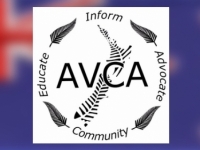 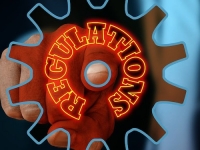 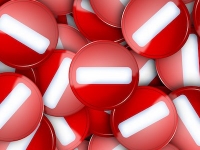