Researchers from the University of Bath’s Tobacco Control Research Group (TCRG) recently published a study which explored the Twitter activity around the eighth meeting of the Conference of the Parties to the World Health Organisation (WHO) Framework Convention on Tobacco Control. The study resorted to labelling different groups that posted Twitter messages, instead of discussing the messages posted.

“This UK study used highly inaccurate and unfair descriptions that undermined the quality of the research and the reputation of the University of Bath. From as far away as New Zealand, we’ve raised concerns over the speculative method it employed without using any scientific evidence in labelling tobacco harm reduction advocates”, says Ms Loucas.

She pointed out that the University of Bath TCRG’s own website confirms it has received significant funding from Bloomberg Philanthropies - the influential multi-billion-dollar group that leads the opposition to tobacco harm reduction products.

Consumer groups believe the funding from Bloomberg Philanthropies has not only prejudiced the quality of research work of University of Bath’s TCRG but also made it a mouthpiece of Bloomberg, an organisation that wants to ban smoke-free products while rejecting calls to outlaw cigarette smoking.

“Michael Bloomberg is on record saying vaping should be banned, and the major recipients of his money fail to distinguish between products based on relative risks and thus end up protecting cigarettes by attacking low-risk alternatives.”

She says the Bath study contains all manner of allegations about who funds who and for what. Further, it was unfortunate that the researchers did not go to the extent of perusing the websites of the organisations or applying any scientific method in their assumption.

“The speculative method employed by Bath researchers has no place in any scientific study, which should make readers question any of the findings that are produced by those who choose to play such games,” she says.

The discriminatory labelling by the Bath researchers has drawn protests from groups such as the Association of Vapers India, which advocates for less harmful alternatives to combustible cigarettes. It has since written to the journal raising objections over being cast as a tobacco industry front group without any evidence.

"This is sadly a blatant attempt to rob consumers of their voice so that the Bloomberg network, which the authors belong to, can keep influencing governments to impose bans on lower-risk alternatives which could have helped address the tobacco-related health crisis,” says Ms Loucas.

She says tobacco use causes one million deaths a year in the Asia-Pacific region alone, and the voice of consumers using smoke-free alternatives need to be respected, not attacked.

“Rather than a multi-billion-dollar group using its money to disparage and try to discredit vaping advocates and consumer groups, it should be working alongside us. In low-income Asia-Pacific countries, where people cannot afford medical treatments to deal with the consequences of tobacco use, harm prevention is a key,” she says.

Image of Michael Bloomberg edited from AFGE, CC BY 2.0 <https://creativecommons.org/licenses/by/2.0>, via Wikimedia Commons [link]. Not edited in any way that suggests the licensor endorses me/our use 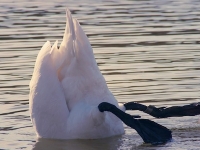