The latest issue of Pediatrics journal is carrying yet another anti-vaping research paper. This one pops the broken ‘gateway’ record back on the turntable; “e-cigarette use is associated with a higher risk of cigarette smoking among adolescents who had no prior intention of taking up conventional smoking.”

Researchers looked at data of more than 8,000 U.S. adolescents, ages 12-17, who had never smoked. Then they looked at later data to see what smoking rates were.

Just because a teenager expressed that they were unlikely to smoke in a year’s time, an awful lot happens in their lives. Pressures change, a likelihood to engage is risky behaviour increases with age. 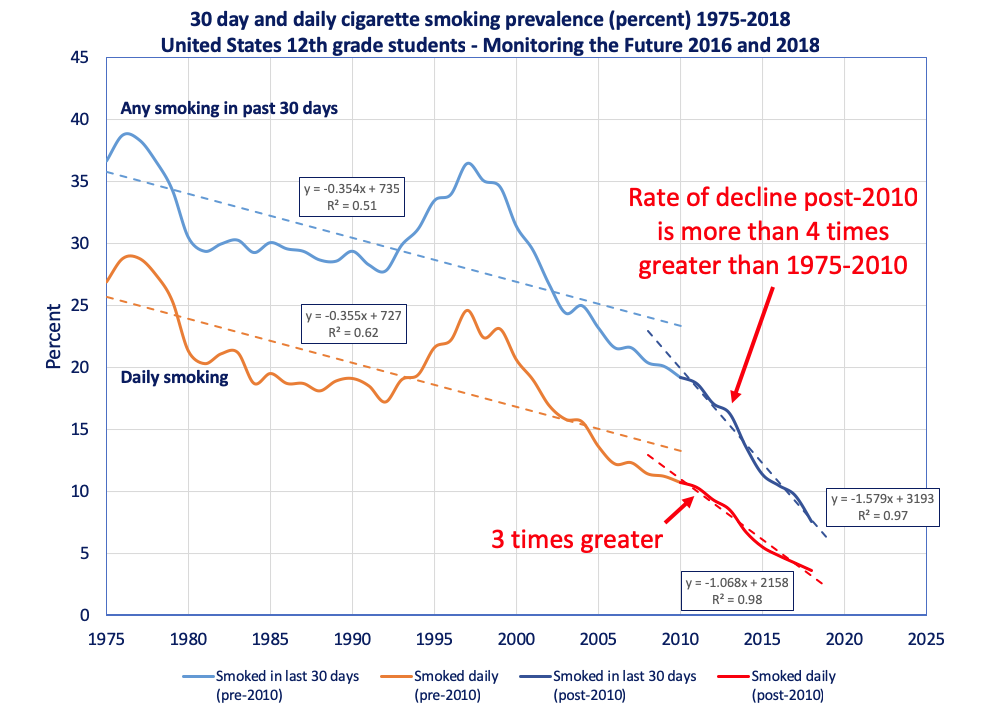 The simple solution would have been to speak to smoking teens directly about their motivation and influence – but that wouldn’t have given Owotomo the conclusion he desired to write: “Abstinence from e-cigarettes can protect teens from becoming future smokers and should be framed as a smoking prevention strategy by all concerned stakeholders. Paediatricians are best positioned to educate patients and families on the clinical and psychosocial consequences of e-cigarette use and should support education campaigns and advocacy efforts geared to discourage adolescent e-cigarette use."

Action on Smoking and Health has been running annual surveys monitoring any possible link between vaping and smoking in youths. The latest one confirmed t=previous findings that teens vape “mainly just to give it a try”, a large majority of never smokers (93.8% in total) have never used an e-cigarette, and almost every vaper was already a smoker.

What people like Owotomo choose to ignore is that the rise of vaping coincides with record numbers of teens stopping smoking. It’s a pretty funny gateway into tobacco that produces the results depicted in Clive Bates’ graph above.

Despite declining rates here, as in the States, 280 children a day are still picking up the smoking habit, according to ASH’s Deborah Arnott. The organisation says that GPs prescribed 1,994 prescriptions for nicotine patches or gum to youngsters aged 17 or under in 2019. If vaping helps adult smokers to switch, is it so wrong that children have access to it too if it works?