New research by the Independent European Vape Alliance (IEVA) has conducted European survey that finds 80 percent of vapers stopped smoking completely. The body unites companies in the vaping sector, operating across Europe, which are independent of the tobacco industry.

The organisation says: “The founding purpose of IEVA is to fight with one voice against local and community regulations, which are not suited to vaping products and their potential in terms of public health and health risk reduction.”

It adds, the trade body strengthens the “independent vaping industry of shops, retail and manufacturers all throughout Europe and beyond”, and represents, “e-cigarettes as a category in opposition to tobacco”. Its members include Voopoo, Uwell, Chubby Gorilla, Geek Vape, Juul, Smok, and Vaporesso (among others).

The survey repeats findings from other surveys demonstrating the importance of flavoured eliquids to vapers and how they contribute to successfully transitioning away from tobacco products.

“More than 80 percent of smokers who switched to e-cigarettes have completely stopped smoking,” says IEVA. “Around 65 percent of vapers in Europe use fruit or sweet liquids. These are two important results of a survey carried out by the European Independent Vape Alliance. More than 3,300 European e-cigarette users took part." 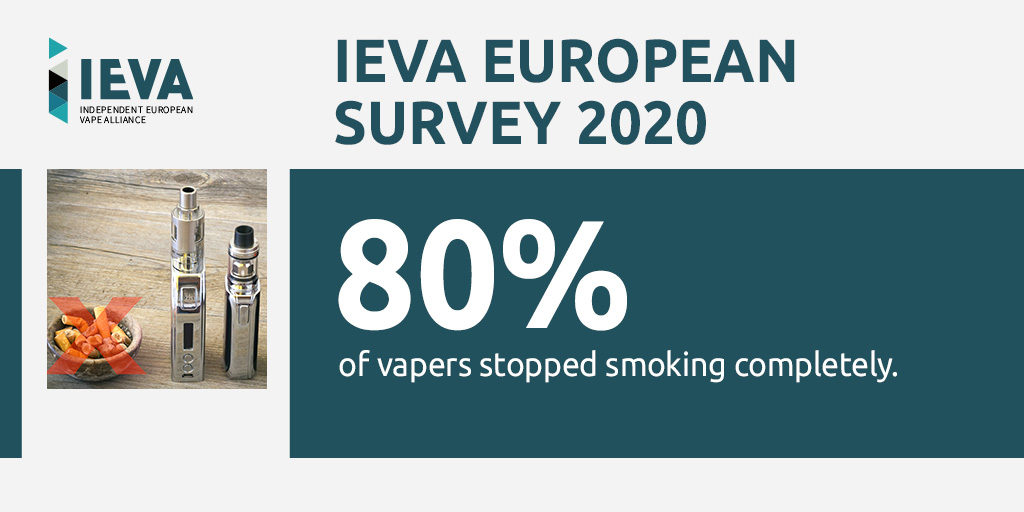 “The European survey shows: E-cigarettes are a widely used method in Europe to stop tobacco use. 81 percent of vapers have completely stopped using tobacco. Further twelve percent have reduced smoking with the help of e-cigarettes.

IEVA believes the findings demonstrates the importance of flavours. The survey found the variety of flavours appeared to be one of the most important reasons for vapers to use e-cigarettes: 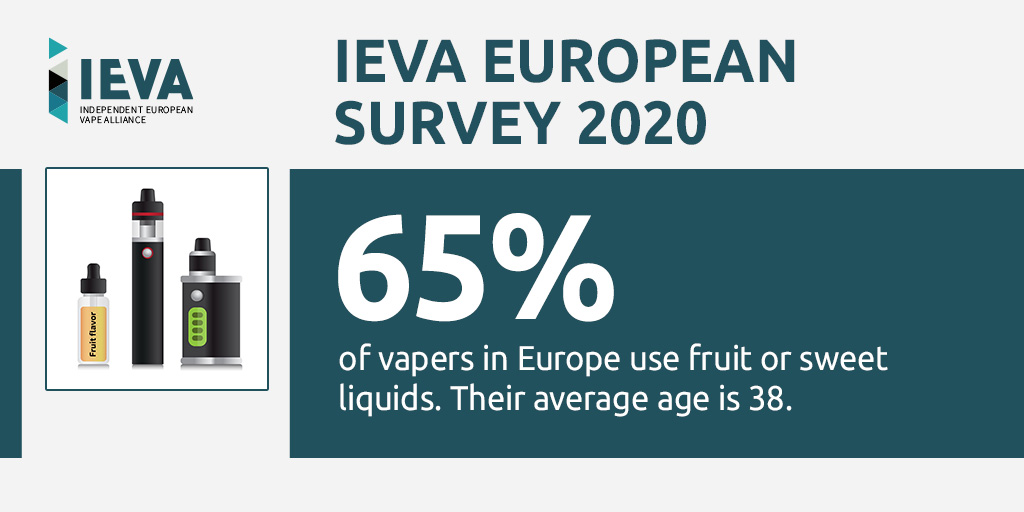 IEVA asked the participants how they would react if all liquid flavours except tobacco flavours were banned. The response given demonstrated the problems the European Union faces should it press ahead with a prohibitionist approach. Just 20% of vapers said they would switch to the limited range of tobacco flavours.

A third of respondents stated they would source pre-made juices on the black market, with almost 10% confirming they’d simply bin ecigs and go back to smoking cigarettes.

Dustin Dahlmann, President of IEVA, said: “Our survey confirms previous research that e-cigarette flavours are crucial for adult smokers. A flavour ban must be avoided at all costs, because it would lead many vapers to buy unregulated products on the black market or to start smoking again. And this would endanger the great opportunity that many more smokers will stop smoking with the help of the e-cigarette.”

Image by TheAndrasBarta from Pixabay