Action on Smoking and Health (ASH) has spoken to the media about a legal loophole it has discovered whereby free electronic cigarette samples can be given out to children legally. While this is a situation that vapers and vaping organisations would agree needs addressing, chief executive Deborah Arnott has stoked the flames by telling journalists there is a “fear” of a “sharp rise in popularity of e-cigarettes among teenagers, as seen in the US”.

ASH is “a public health charity that works to eliminate the harm caused by tobacco”, but this appears to be rapidly suffering from mission creep as it frequently strays into fighting nicotine use.

The organisation has produced sterling work that has demonstrated British youth use of vape products is exceptionally low, especially in those teens who have not previously smoked. Its own studies have highlighted the lack of a gateway from vaping to smoking, and Deborah Arnott has repeatedly expressed her support of vaping as a quit method and concern that adults are dissuaded from trying to switch due to bad press coverage.

The good work and positive comments appear to be pushed to the back of the cupboard when a tobacco company is involved. Arnott reported that they discovered a 17-year-old girl had been given a Vype pen accidentally by a person working for a British American Tobacco promotions subcontractor.

She told the Observer: “The hypocrisy of BAT is staggering. The company’s website piously states: ‘It’s essential that any tobacco or nicotine products are not marketed to youth. Given the nature of our products, we take seriously our commitment to market them responsibly and only to adults.’ How can they say that doling freebies out like sweets to children counts as responsible marketing?”

British American Tobacco has explained it had been assured by the third-party promotions company that adequate training had been conducted. Promotion agents are aware that they can only hand out a sample if:

British American Tobacco has confirmed that it will be addressing the matter with its provider.

Neither ASH nor The Observer clarified if the girl was a current smoker. ASH has previously expressed its concern that 280 children a day initiate smoking [link]. While opinions may vary on the acceptability of smoking teens having access to reduced harm products such as vape devices, they will coalesce around the fact that this loophole exists.

“A review of the regulations is required by law and is expected to be launched imminently. We have written to the public health minister to make her aware of this gaping hole in the government’s e-cigarette regulations and to urge her to use the review to plug this legal loophole,” Arnott added.

Did the cause of harm reduction need the story to be spun in such a way as to whip up fear over a potential teen epidemic?

A single zero-hours contract part-time employee and a single example of a mistake being made do not highlight serial poor behaviour from the tobacco company. Arnott’s response appears to be a gross overreaction and ASH failed to respond when Planet of the Vapes put that point to it.

ASH is not an anti-nicotine nor an anti-vaping organisation. It needs to remind itself of that fact. If it is genuinely concerned about bad press deterring adult quit attempts then it needs to stop creating such stories.

Image by Alexas_Fotos from Pixabay 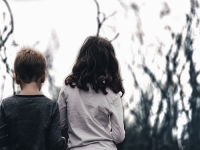