Researchers at the University of East Anglia (UEA) have looked at ex-smokers who lapse back to tobacco use. Sarah Victoria Gentry, Emma Ward, Lynne Dawkins, Richard Holland, and Caitlin Notley found that smokers who had switched to vaping didn’t consider their quit attempt over if they briefly lapsed – unlike those who tried to quit using other methods.

The study, “Reported patterns of vaping to support long-term abstinence from smoking: a cross-sectional survey of a convenience sample of vapers”, has just been published in the Drug and Alcohol Review journal.

The team looked at a sample of 371 participants with experience of vaping, and tobacco-smoking abstinence and/or relapse completed an online cross-sectional survey about e-cigarettes. Factors associated with smoking relapse were examined using multiple linear and logistic regression models.

The researchers said that while vapers may occasionally have the odd smoking lapse, “they don’t see it as ‘game over’ for their quit attempt and it doesn’t have to lead to a full relapse. The findings suggest that vaping encourages not just smoking cessation, but long-term relapse prevention.”

Lead researcher Dr Caitlin Notley, from UEA’s Norwich Medical School, commented: “E-cigarettes are the most popular aid to quitting smoking in the UK. Our previous research has shown that e-cigarettes are really important for helping people stay smoke free – by substituting the physical, psychological and social aspects of smoking.

“We wanted to know what happens when people who have switched to vaping, lapse back into smoking. It’s really important to understand this so that we can develop advice, guidance and support to help people stay smoke free long term - particularly as relapsing back to smoking cigarettes is so harmful.”

From the original cohort, they interview 40 ex-smokers who had switched to vaping. About half confessed to brief relapses back to tobacco use or prolonged dual use. They found this was most likely during social situations such as going to the pub or at parties.

The team said that vapers think of the slips back to cigarettes differently when they have switched to vaping, compared to other quit attempts.

“In the past - a brief smoking lapse would almost always lead to a full relapse, and people would usually feel like a failure for slipping up. But this was before people started switching to vaping,” added Dr Notley.

“The difference is that, for some vapers, the odd cigarette was thought of as being ‘allowed’. For others, an unintentional cigarette made them even more determined to maintain abstinence in future. Either way, it didn’t necessarily lead to a full relapse back into smoking.

“Because vaping is a more pleasurable alternative, our research found that a full relapse into smoking isn’t inevitable when people find themselves having the odd cigarette.

“There has been a lot of theorising around the process of smoking relapse after quit attempts. But all of these date back to pre-vaping times. This fresh evidence makes us question the usefulness of that understanding now that so many people are choosing to switch to vaping. For ex-smokers, vaping offers a pleasurable, social and psychological substitute to cigarettes – and it powerfully alters the threat of relapse. The old ‘not a puff’ advice may need revisiting.” 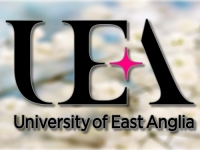 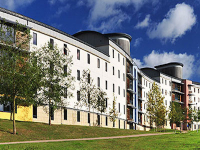