The Devonshire and Meads branch of the United Kingdom’s Labour Party, based in Eastbourne, East Sussex, says it is working in the Ward “to make it a better place to live for everyone in our community.” This contrasts strongly with its promotion of a press release from Black Buffalo on Facebook, where the company makes some wild allegations.

“Black Buffalo is the world’s only smokeless tobacco alternative that delivers the same experience as traditional smokeless products, just without any tobacco leaf or stem – the taste, the texture, the rich dark colour and, yeah, the nicotine,” says the company. [Link]

It provides its products in Mint, Straight, Peach, Blood Orange, and Wintergreen flavours.

Part of their growth strategy appears to be regurgitating the worst attacks on vaping from anti-harm reduction organisations in the United States. Originally, an article originally appeared on an online publication called The London Economic, something registered to a hotdesking office in London [Link]. 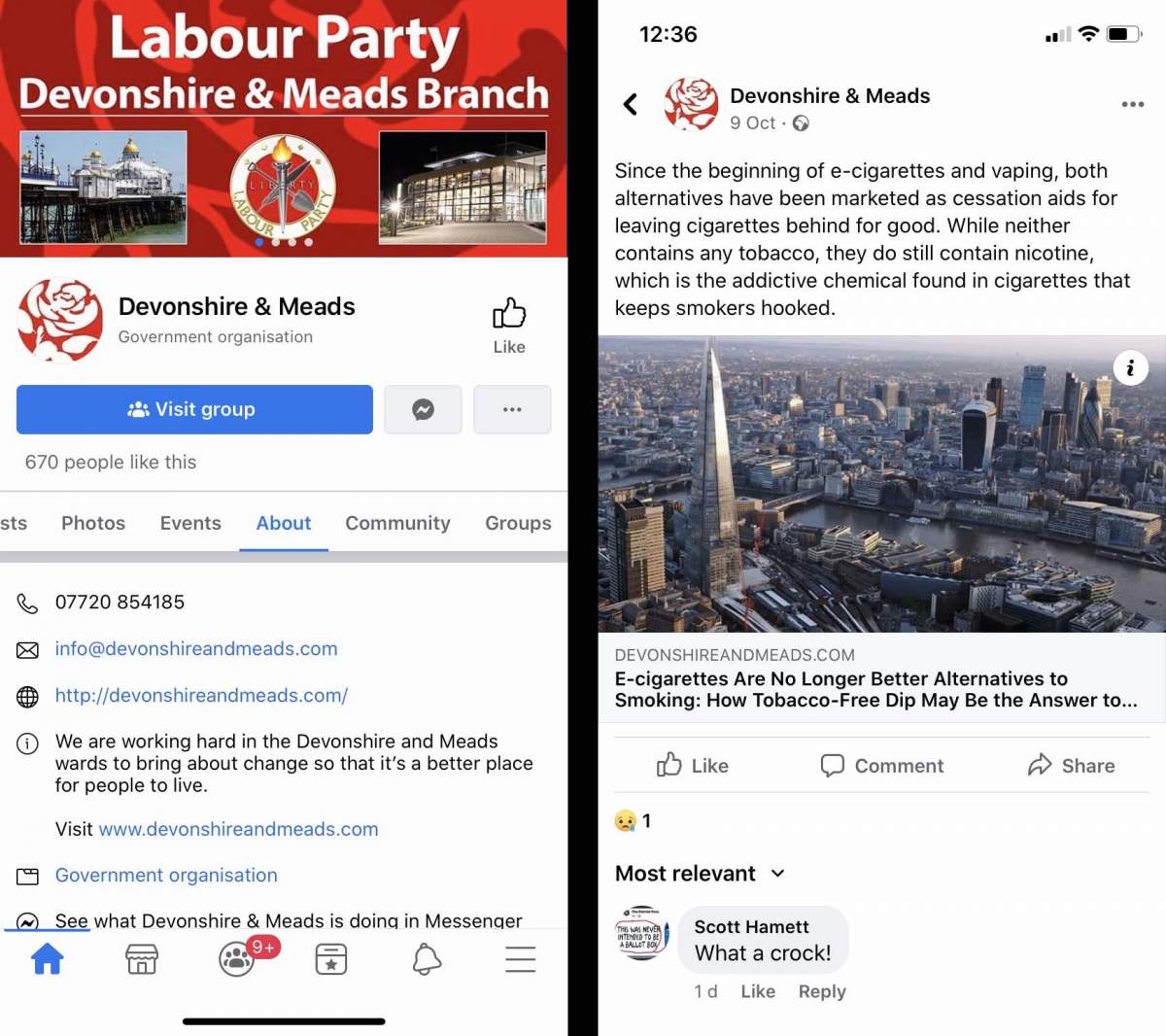 Devonshire and Meads Labour Party placed the article in full on its website and promoted it to accounts via its Facebook page on Sunday. The headline ran: “E-cigarettes Are No Longer Better Alternatives to Smoking: How Tobacco-Free Dip May Be the Answer to Vaping Crisis”.

It begins by attacking vaping because it contains nicotine. An odd leading statement given it answers the question “Does black buffalo contain nicotine or tobacco?” by responding, “Nicotine: hell yes. Tobacco: nope. Black Buffalo contains tobacco-derived nicotine in our tobacco alternative long cut and pouches, but no actual tobacco leaf or stem. Our tobacco alternative dip products contain the same nicotine content as traditional smokeless brands.”

Then it veers off into an outright lie: “After years of vaping and using e-cigarettes, smokers began to run into some issues; mainly that vaping and e-cigs really weren’t that far off from smoking cigarettes, and even had some detrimental effects on health.”

Public Health England, the NHS, Cancer Research UK and ASH all state that vaping is orders of magnitude safer than smoking. 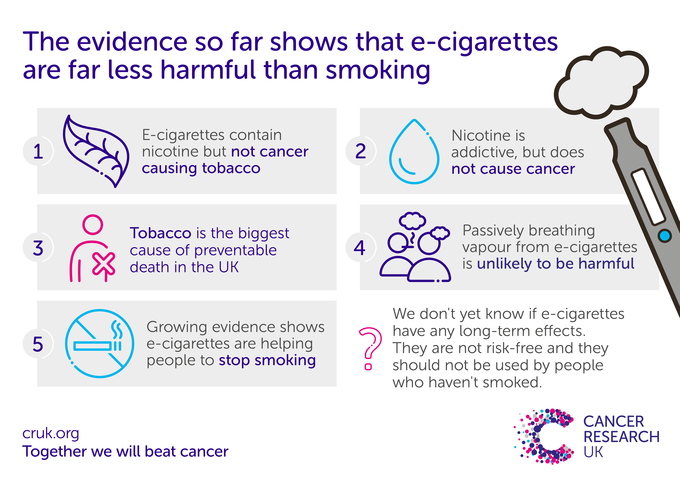 The article goes on to claim that eliquid contains a chemical found in antifreeze. A bottle of anti-freeze contains a large quantity of water – the argument may as well also warn people off from drinking cups of coffee, eating oranges, and to stop taking baths.

“Additionally,” claims the Labour branch, “it’s been found that smokers who use these products to quit actually weren’t more successful in their efforts.” Worse, they suggest that vaping is "a fraud”, leaving users “just as addicted and presented significant health risk”.

This is wholly untrue. The NHS says: “Many thousands of people in the UK have already stopped smoking with the help of an e-cigarette. There's growing evidence that they can be effective. A major UK clinical trial published in 2019 found that, when combined with expert face-to-face support, people who used e-cigarettes to quit smoking were twice as likely to succeed as people who used other nicotine replacement products, such as patches or gum.”

The Labour branch claimed vaping, “increases the likelihood of a COVID-19 diagnosis”. Again, this has been refuted by many bodies and the evidence to date shows that nicotine users are less likely to present in hospital with severe COVID-19 symptoms, although those who do suffer worse outcomes.

They even included this statement: “Vaping and e-cigs are just as addictive, still cause health problems, and are in no way healthier or safer than cigarettes.”

The final 379 words of Devonshire and Meads Labour Party’s article is nothing but a promotion for Black Buffalo’s products.