Sting Free AB’s award-winning nicotine pouch innovation has received patent approvals in the United States and Europe. Sting Free Technology makes snus and nicotine pouch products more accessible to adult consumers by eliminating the stinging sensation on the sensitive gum associated with their use. Sweden leads Europe in combatting tobacco related illness and disease thanks to snus, which is currently banned as part of the Tobacco Products Directive.

Sting Free AB is a Swedish Start-up company that was founded by the Chief Executive Officer Bengt Wiberg, a retired economist and lifelong snus user, who is also the inventor of the technology.

Sting Free AB has proudly announced that its US patent application has been approved by the United States Patent Office (USPAT), and the European Patent Organization (EPO) has issued an intention to grant European patent which will cover 39 nations. The company already holds the Swedish patent rights to this invention.

The company says: “The patent covers a new and improved pouch technology wherein one side of the pouch is impermeable to liquids. Products that can utilize this technology include snus, moist snuff, tobacco-free nicotine pouches, CBD etc. This allows manufacturers of pouched oral nicotine products to easily create new products with vastly different characteristics than those currently on the market.

“Chief of these new attributes is that the impermeable side removes the stinging sensation on the users’ gums that is common to most of these products. In addition, the technology also allows manufacturers to enhance flavors, pH levels and nicotine release profiles of their pouch products.

Sting Free AB’s vision is that the technology will bring the so-called “Swedish Experience” regarding pouched snus to the rest of the world. The Swedish experience is the fact that Swedish men have by far the lowest smoking prevalence, as well as the lowest tobacco mortality, in the European Union. Swedes do however have the same level of tobacco consumption as the EU average due to the fact that 24% of men and 7% of women are snus users on a regular basis.

The opportunity presenting itself is huge; the current smokeless tobacco product market is predicted to be worth USD$15.6 billion globally across 2020, and analysts believe this is set to grow to USD$22.2 billion by 2025.

Bengt Wiberg told Planet of the Vapes: “We foresee that the already impressive market growth for pouched products containing nicotine will increase substantially, when more manufacturers and brands adopt our Sting Free technology.

The Golden Leaf Award jury in NYC previously awarded Bengt the "Most exciting newcomer to the industry", and said: “Snus is widely acknowledged to be significantly less harmful than smoking and thus presents considerable opportunity for tobacco harm reduction. However, the stinging sensation associated with snus acts as a deterrent to many would-be users.

“The invention has attracted considerable attention already and could easily be considered the greatest snus innovation since the invention of the pouch.”

Image by Bengt Wiberg from Pixabay 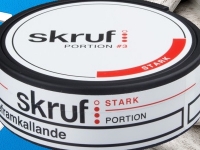 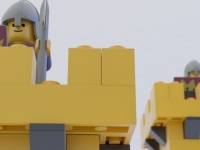 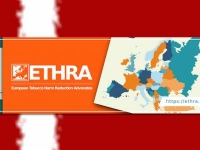