An administrator for the Therapeutic Goods Administration (TGA) wrote: “I have considered the 82 submissions that opposed my interim decision, including 77 submissions from individuals who, in general, had family members who were trying to quit smoking or were smokers themselves, and were advocating for access to heated tobacco products (HTPs) or e-cigarettes as an alternative to smoking.”

Considered, then promptly ignored; the TGA chose to focus on just the negative submissions and selectively cherry-picked from the USA and the UK in its warped prohibitionist approach.

The 2018 report from Public Health England considered evidence about HTPs in its last update. From 843 papers, it considered the 20 most important or relevant. The team said that although there is a lack of independent research, they concluded:

In announcing the granting of marketing authorisation to Philip Morris Products S.A.’s IQOS Tobacco Heating System, the FDA said: “This marks the second set of products ever to be authorized as MRTPs [modified risk tobacco products] and the first tobacco products to receive ‘exposure modification’ orders, which permits the marketing of a product as containing a reduced level of or presenting a reduced exposure to a substance or as being free of a substance when the issuance of the order is expected to benefit the health of the population.”

Ignoring the clear decision that heated products do offer lower risk, The TGA lied: “The Analysis of FDA’s IQOS marketing authorisation and its policy impacts which found that the evidence PMPSA submitted did not demonstrate reduction in long-term disease risks and that IQOS aerosol emits toxins with carcinogenic and genotoxic potential. This research also outlined further risks to users, including hepatotoxic, cardiovascular and pulmonary risks.”

Doubling down, the TGA ignored Public Health England’s research review, choosing to focus on just an article in the British Medical Journal, which said HTPs could, “entice youth to try and continue using these products”.

Anti-science nonsense. Afterall, why bother with actual independent research evidence when you can reply on the tainted views of the Centres for Disease Control and the World Health Organization? 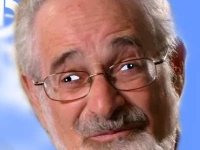 WHO Doesn’t Get Reduced Harm?