Planet of the Vapes attended the media briefing to launch this year’s Global Forum for Nicotine 2020 (GFN20) where Professor Gerry Stimson and Professor David Sweanor spoke about its importance. Going online for the first time due to the current COVID-19 pandemic, the organisers opened up the opportunity for everybody to attend for free.

Professor Gerry Stimson is a public health social scientist, with over 40 years’ experience of research and advocacy. He was one of the founders of drugs harm reduction in the 1980s and helped develop and evaluate harm reduction in the UK as a response to HIV/AIDS. He has advised the UK Government, WHO, UNAIDS, UNODC, World Bank and numerous governments on issues relating to drugs, HIV infection and AIDS, and alcohol. He is an advocate for tobacco harm reduction as a key public health strategy for reducing smoking related harms. He has published over 220 scientific publications and several books, is an Honorary Professor at the London School of Hygiene and Tropical Medicine, and Emeritus Professor at Imperial College London.

Gerry said the organisation to put the annual event online had to shift its emphasis “only a couple of months ago” when the conference in Warsaw was cancelled. GFN20 had taken the best part of a year to arrange the main conference and a plethora of satellite events for 600 people – now there was a race to put it online, but this meant that now 1600 people had registered.

“There’s a big task ahead of us,” he continued, but this referred to the need for GFN to exist. “Nicotine is up there among the 3 most favourite drugs – the number of smokers globally remain stable due to population changes.”

He called the cigarette “a dirty nicotine delivery system”, highlighting that it is the combustion that causes all of the problem. If you can separate nicotine from it, like in vaping, snus and Heat-Not-Burn, it gives “us a huge potential to switch people away from smoking.”

But there are huge obstacles, warned Professor Stimson. The inroads made to safer nicotine products is minimal 3-4% of smokers globally due to misleading science and a major campaign against tobacco harm reduction.

These alternative nicotine products are a “free gift to public health”, he contends, “it doesn’t cost people any money”.

Professor David Sweanor is an adjunct professor, Faculty of Law, and chair of the advisory board of the Centre for Health Law, Policy & Ethics at the University of Ottawa. He has been actively involved in tobacco and health policy issues since the beginning of the 1980s, working globally, and with numerous groups, including the International Union Against Cancer, World Health Organization, World Bank and the Pan American Health Organization. David played a key role in achieving many global precedents in tobacco policy. He currently focuses much of his tobacco and nicotine related efforts on risk reduction strategies.

Professor Sweanor began by invoking Michael Russel: “People smoke for the nicotine but they die from the tar.”

He called for risk proportionate regulation as, “We have the potential for the biggest breakthrough in public health. We need to use the principles of reason, science, humanism – to look at what’s there and work out what we can do.”

The pair were asked about the role taxation can play. David Sweanor said: “Absolutely, yes. There should be differential taxes for differential risk – the bigger the difference in price the more likely consumers are to switch – ecigs should be as low in price as possible compared to cigarette. Reducing that spread discourages people.”

Gerry added that individual choice lay at the heart of driving people to vaping, and that included price. “Safer nicotine products have to be cheaper,” he said, “but there’s more we can do to make them accessible. No doubt countries will be concerned about the loss of tax revenue – but please don’t do that by pricing nicotine safer products.”

Given the continual concerted attacks being launched on vaping and tobacco harm reduction, POTV wondered if including the main proponents in the conference might help – people like Stanton Glantz, Simon Chapman or Martin McKee.

Gerry said his experience of the drugs field was that it was full of hatred and hostility – but this paled to the tobacco harm reduction field, “It is a nightmare – there’s almost two camps and it’s very difficult to reach across. They feel very threatened by nicotine safer products, one of the main reasons being because they didn’t invent it.”

He added that it’s a real challenge for them and how they integrate tobacco harm reduction into their old approaches. “Secondly,” he continued, “the disruptive technology appears to them come from the tobacco industry.” They fear that this might be an industry ploy to keep people addicted.

“How do you overcome it? With difficulty. We need to challenge people’s fundamental beliefs – it’s more than just arguing the evidence, it comes down to world views.”

Invitations were issued and ignored in previous years and so they are not contacted directly – although “it’s open to everybody, there’s an open access freedom philosophy. I’d like everybody to join in and it’s only by talking we can find areas of agreement.”

This position contrasts with the one adopted at a recent tobacco control conference which banned anyone who had a relation to the fourth level consanguinity (3rd or 4th cousins) who ever had anything to do with the tobacco industry, a ludicrous barrier to open discussion.

David followed up: “If you look at the history of change and innovation, it has always been met by resistance. The opposition to bicycles, vaccination, automobile safety…Yet these things manage to move forward, you can slow innovation - but you can’t stop it. If you look at all the barriers and attacks, we’ve still had the biggest growth. Imagine if you could approach this in a rational way? Can you approach people and talk to them? No, because some people are barred from doing so by their contracts.”

He pleaded with tobacco controllers to “Come on side, come and look at harm reduction.”

“Those who claim you shouldn’t engage because they are your enemy is absurd. The facts are really clear here – this situation is very concerning, but this is the benefit of the GFN as it allows people to challenge their views. A lot of my abstinence only colleague don’t have that information/knowledge to make decisions.”

Gerry pointed out that, in general, things move pretty slowly. He illustrated this by highlighting that the last innovation in tobacco before vaping disrupted it was the Bonsack cigarette rolling machine, “It led to new ways to marketing because they rolled off the production line so quickly.”

It took about 50 years for cigarettes to displace other forms of nicotine products like cigars – “that disruptive technology took fifty years!” Vaping is only about 10 years in, “but we can’t wait 50 years, we need to find ways to speed it up. Three times more deaths than HIV, tuberculosis and malaria combined and we’re kind of stuck, we still have a lot of smokers, 20% of the adult pop of the world, harm reduction is the missing ingredient.”

“To me it seems so obvious and unethical to deny smokers a safer alternative to smoking.” 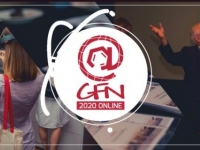 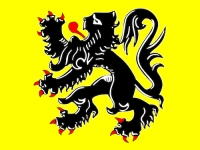