Researchers at the Penn State College of Medicine have “discovered” that adults like vape flavours and will attempt to circumvent any ban. Meanwhile, the American Cancer Society looked at the impact of JUUL withdrawing flavoured products and found that sales of all products continued to rise.

At the same time as studies were highlighting the failure of vape bans, The Heartland Institute wrote: “Hawaii lawmakers are responding to what they have titled an ‘epidemic’ of tobacco use among Hawaii youth, but flavour bans are ineffective policies to divert youth tobacco use. Further, banning flavours in e-cigarettes will eliminate tobacco harm reduction options for adults who have used vapor products to quit smoking.”

The Institute continued to highlight how flavours are not the reason that young people adopt vaping: “Lawmakers should … understand that youth are not using vapor products because of flavours, but rather because of peer pressure”

JUUL spinelessly withdrew some of its flavoured juice products in an effort to combat the flack it was receiving from tobacco controllers and public health experts (with little interest in the health of the public).

Liber, Cahn, Larsen, and Drope looked at how this measure impacted on sales in a paper published in the American Journal of Public Health.

The researchers concluded: “After a decline in sales following JUUL’s decision to withdraw some flavoured products from stores, JUUL sales recovered within weeks and surpassed their previous maximum in those same channels, as consumption shifted to the menthol/mint and tobacco flavours that remained on shelves.”

Moreover, “a new surge in fruit-flavour sales by non-JUUL brands was observed.”

The tired trope that flavours hook children has long run its course. Tobacco controllers fixate on it because it’s an emotive argument, not one grounded in science. They choose to ignore that flavours actually are a motivator for adult smokers in getting them to switch and keeping them of cigarettes.

HealthDay News is reporting that Penn State researchers have found that about 50% of adults said they'd find a way to buy flavoured juice even if they were banned from the U.S. market. “It turns out that adults like dessert-flavoured e-cigarettes, too,” they report.

"Many of the participants in our study indicated that they used e-cigarettes as a means to quit smoking or avoid relapse, and these flavors may be part of the reason why they end up using e-cigarettes in the long term," said Dr. Ping Du.

Adding a word of warning, Du added: “The evidence we've collected says that adult, long-term e-cigarette users with a preference for sweeter flavours may face health risks trying to obtain or make their preferred flavours.”

Image by Steve Buissinne from Pixabay 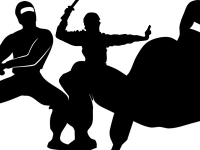