Professor Robert West, University College London, has knocked media coverage of vaping and made a plea to legislators in India to consider the evidence rather than the hysterical opinions of ideological anti-vape campaigners.

“We also have evidence in the United Kingdom, where e-cigarettes have become popular, that the population's rate of quitting smoking has become higher as the prevalence of e-cigarettes use has gone up.”

“So, we have population-level evidence and we also have evidence that people who use e-cigarettes, when they were trying to stop smoking in the population were more likely to succeed then if they use nothing at all. Now it is extremely rare to have evidence from all these three sources including clinical files, observational studies and population-level data and all of them showing a very similar thing.”

“There is a lot of controversy whether e-cigarettes might encourage people to stop smoking. The evidence in both the United States and United Kingdom at the population level is very clear that it doesn't. The rates at which smoking prevalence have gone down in the UK and in the US are at least faster and following the introduction of e-cigarettes than it was before e-cigarettes came in the market.”

“E-cigarettes are not completely safe, you are inhaling a material into the lungs and other things that will irritate and potentially cause harm to lung tunnel. Any form of tobacco smoke is extremely dangerous however, when it is compared with cigarettes, the concentration of toxic chemicals in the e-cigarette vapour is substantially less and most of the harmful chemicals that are present in cigarettes are not present in e-cigarette vapour.”

“Again, you see lots of stories in the press and papers out in the scientific literature which are claiming that e-cigarettes are as harmful as cigarette smoke. However, these are highly misleading because they are not making appropriate comparisons with cigarette smoke.”

“So, you have to look at it dispassionately and look at the evidence on-ground to understand ‘what is it that the evidence is telling us?’ So, unfortunately, many of the stories that we get told, and if I can understand is that it gets very difficult for the regulator to say who is telling the truth or what is going on here. Many of the stories that experts are putting forward are false. Now, one way, which I think, that you can tell whether an expert is someone to be trusted or not is if they caveat their remarks.”

Image by Murthy SN from Pixabay 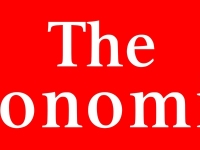 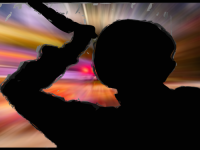