The Advertising Standards Authority (ASA) received complaints that adverts on buses illegally targeted an underage market because they were used by school children. The ASA assessed the complaint and decided Vape Nation had not broken any of the standards.

Two complainants reported Vape Nation to the ASA. The complaints were over an advert appearing on the back of a South Shields bus, which featured the text “88vape Premium Shortfills Shop Online” and a picture of refill bottles. The second complaint was about an advert on the side of a Chesterfield bus, which included the text “88vape.com PREMIUM E-LIQUIDS 50+ FLAVOURS ONLINE”. The complainants said these buses are used by school children and therefore the marketing campaign was directed at them.

Vape Nation Ltd said the adverts were placed on buses that were being used on commercial routes. The bus companies for both adverts confirmed to their media agency that they were only displayed on buses intended for commercial use by the general public and not on designated school routes.

Global Outdoor Media Ltd, who owned the media for Go North East buses which operated the bus route on which the first advert was seen, said: “it was part of a non-targeted bus campaign and was displayed on buses run on general public service routes”.

Go North East confirmed that “the bus hosting the first advert was not a designated school bus, but was assigned to general public service routes open to all passengers”. They confirmed that at certain times of the day that route included bus stops at school locations.

The bus company TM Travel operated the bus route on which had the second advert. It responded that the advert was “not a designated school service and was registered as a normal stopping service accessible by all members of the public and provided information about the bus timetable. Adverta, who owned the media for TM Travel buses which operated the bus route on which ad (b) was seen did not provide a comment.”

The ASA noted: “The CAP Code required that ads for electronic cigarettes must not be directed at people under 18 years of age through the selection of media or the context in which they appeared and that no medium should be used to advertise e-cigarettes if more than 25% of its audience was under the age of 18.”

It said: “Ads (a) and (b) appeared on the back and side of buses that operated on commercial routes which served schools along those routes. We considered that because the ads appeared on buses, and therefore appeared in an untargeted outdoor medium, they did not appear in media that was specifically directed at under-18s.”

“While we acknowledged that buses on those routes would be likely to carry a higher number of under-18s at certain points of the day during term times, they also served the wider community along those routes throughout the day. We therefore considered that the overall audience of the ads was unlikely to be significantly skewed towards under-18s. We therefore considered the ads did not directly target people under the age of 18 through the context in which they appeared.”

Image by Ana_J from Pixabay 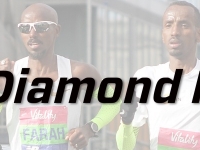 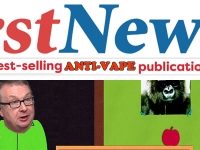 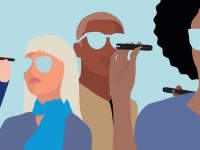 ASA Not Blu About Ads