Battery giant Samsung has followed up writing to a number of vape retailers by pleading with the American Vaping Association (AVA) that it should spend time and money telling vapers not to buy or use Samsung’s products. With many vapers pledging to stop buying all Samsung products, this could prove to be a detrimental move by the company.

In a letter addressed to AVA’s president, Greg Conley, lawyers for Samsung write to tell him that they act on behalf of Samsung in “the defense of product liability lawsuits involving the unauthorised use of lithium-ion batteries in vaping devices”.

Terming them “illegal sales of Samsung lithium-ion batteries for vape use”, the lawyers go on to state that Samsung “expressly prohibits the sale and use of its batteries with vaping devices due to the potential risk of overheating.”

The letter says that the company has placed warnings on its packaging, website, and issued “numerous cease and desist letters”.

“We are seeking the AVA’s assistance in preventing future injuries in the vaping community and future sales of Samsung batteries in vape shops and elsewhere,” they continue.

The letter helpfully goes on to list all of the steps the AVA can take, at its own expense, to support Samsung’s attempt to protect itself from frivolous lawsuits.

Conley humorously responded: “Samsung has asked AVA and I to ask all of you to stop using and selling its products for use in vaping devices. I'm not Samsung's puppet, though, so just use a damn battery case, practice battery safety, and please leave me alone.”

Samsung cells are no more dangerous than any other major brand used for vaping, and pose the same risks when people fail to treat them with respect. Store and charge them safely, don’t carry them in pockets with keys or change, and stick within the working parameters of the battery. 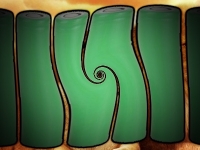