The Lancet published an editorial attacking vaping which included multiple examples of errors and misdirection. Thirty-eight harm reduction experts have submitted a response calling out the inaccuracies and misinformation and calling for a more dispassionate approach to the science surrounding electronic cigarettes.

Last October, The Lancet carried an editorial titled, “E-cigarettes: time to realign our approach?” It focussed on 1080 lung injuries and 18 deaths, attributing it all to vaping, because “all report[ed] using e-cigarettes”.

The anonymous author or authors claimed, “e-cigarettes have an uncertain provenance, containing a mix of ingredients,” and even stretched to asking, “how different are e-cigarettes from combustible cigarettes?”

The editorial claimed the blame did not lie with vitamin E acetate in e-cigarette liquid, rather that “the features were more consistent with airway-centred chemical pneumonitis from inhaled toxic substances.”

It said that claims vaping is safer than smoking and works as a quit smoking tool were “weak”, and that “no solid evidence base underpins the marketing claims that e-cigarettes are healthier than cigarettes or that they can support quitting”.

Laughably, the piece even claimed vaping was inspiring a “renormalisation of smoking”. It concluded: “Surely it is time to align the public health approach to e-cigarettes with that of cigarettes.”

The letter has just been published by The Lancet. Those who have added their names include:

The signatories say: “The inaccuracies and misinformation in the Editorial about e-cigarettes do a major disservice to evidence-based public health.”

“The latest evidence from the USA indicates that the outbreak of acute lung injury is strongly linked to the vaping of contaminated illicit marijuana products. Although a small minority of affected individuals had not reported using cartridges containing cannabis oil, it is possible that they did not wish to reveal such information or had been using other illicit contaminated products. The outbreak appears to be limited to North America where, and unlike the EU including the UK, vaping products are relatively free from regulatory oversight. The EU also imposes strict marketing controls on e-cigarettes, which perhaps explains why uptake of regular vaping (as opposed to experimentation) by youth younger than 18 years in the UK is low, confined predominantly to smokers, and is accompanied by a continuing decline in youth smoking to record low levels.”

“Equating the dangers of vaping with those of smoking ignores dozens of studies that show substantial differences in the risks associated with cigarette and e-cigarette use. The evidence of efficacy of e-cigarettes in helping smokers quit is not weak; the results of a randomised controlled trial5 have shown two times higher quit rates by people using e-cigarettes than in people using medicinal nicotine replacement therapy, confirming similar findings from population data. E-cigarettes have an important role to play in preventing death and disability from tobacco use, and, while remaining vigilant over potential adverse effects is vital, the effect on public health of denying smokers the choice to use e-cigarettes could be devastating.”

Will The Lancet and those contributing to the editorial cease scaremongering and look at science dispassionately? 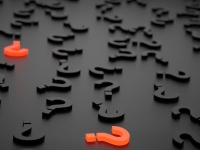