Despite the British vaping boom, a study conducted by British vaping retailer Electric Tobacconist has found that the smoking and vaping public is put off using electronic cigarettes due to its negative portrayal in the media. Over a third of respondents are worried and two-fifths are unsure about the relative safety of vaping.

Google Surveys sought the UK public's views on using e-cigarettes as a smoking-cessation tool, and if they believe the devices have a public-health benefit for Electric Tobacconist. The company says: “It comes at a time of intense focus on e-cigarettes in the United States, with ongoing negative news about vaping in the American media and, this month, a ban on most flavoured e-liquids by the Trump administration.”

The company found that most people who took part in the survey (34.9%) did not believe that vaping has a public health benefit and 26% said they were not sure, while 24.1% said it was possible that e-cigarettes were good for public health and just 15% believed they were beneficial.

When asked about vaping scare stories in the US, the majority of those polled (40.4%) said they didn't have an opinion because they didn't know enough about it. Over a third (35%) said the news stories on vaping fatalities in America were a concern for them. And just under a quarter (24.4%) said they were "not at all" bothered by the recent US vaping headlines.

Delving further into what has been happening with vaping in the States, and almost one-third of respondents (31.2%) said they believed the negative media coverage of vaping was possibly whipped up by the media and generally unfounded and 14.6% said it definitely was. A total of 22.2% said they didn't think this was the case, while 32% didn't know either way.

As a result of the disinformation, almost a half of the respondents said they would not recommend vaping to a smoker they knew. 31.5% said that they might try to convince a smoker to transition to vaping and 19.6% said they definitely would urge a smoker to switch.

Respondents were also asked if they thought e-cigarettes would help to make Britain a smoke-free country, as the government is aiming for by 2030. A total of 42.7% didn't think so, while 17.2% believed they might be able to help with the ambitious target. Meanwhile, 11.2% agreed that they could help and more than a quarter (28.9%) did not know whether vaping could help with the goal or not.

Electric Tobacconist Managing Director Pascal Culverhouse commented: “Our survey shows that most people are put off vaping by the negative media coverage, while at the same time they are not trustful of these news stories — most especially from the sensationalist tabloids.”

“And we also know that many people just don't have the facts about vaping as an effective way to get off cigarettes and boost public health in the UK. There's still a lot of misinformation and lack of understanding.”

British medical and health authorities, including the National Health Service, have been urging smokers to switch to e-cigarettes because their research shows they pose little harm to human health compared to the well-known hazards from smoking.

Public Health England, the country's main health-advisory body and tasked with improving public health across the country, has issued a series of advisories on e-cigarette use and currently says that vaping is "at least 95% less harmful, and of negligible risk to bystanders" compared to smoking combustible cigarettes. It also says that "switching completely from smoking to vaping conveys substantial health benefits". [link]

Image by ErikaWittlieb from Pixabay 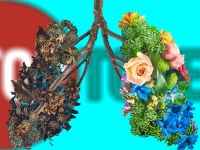 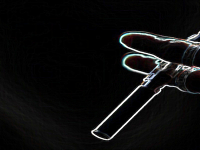