The public has never been more misinformed about vaping with stories ranging from heart problems to lung disease. The corrupt MSA-fuelled (Master Settlement Agreement) American measures have been replicated around the world, and people (in ever growing numbers) actually believe ecigs are more dangerous than cigarettes. This has sparked a bizarre turn of events as investors pile their investment money back into Big Tobacco.

Investment specialists at The Motley Fool website have had a lot to say about putting money into tobacco companies recently. “British American Tobacco (LSE: BATS) shares have made a solid start to 2020, up 6% in just less than three weeks,” it writes. “British American has kept its earnings growing, albeit at a slower pace than in the past. After a 5% hike in EPS in 2018, analysts are expecting 2019 to have generated another 8%. And there are similar gains on the cards for the next two years.”

With competition from vaping facing mounting problems, not least from the moves to ban vaping or severely restrict flavours of eliquids in the United States, “regulatory changes are always going to cause a headache for tobacco companies. However, BAT believes that some new regulations being brought in by the US Federal Drug Administration could have a positive impact on its business.”

“Only a few weeks ago, the share price was boosted further following confirmation that the firm is complying with all US guidelines for the tightening regulation around vaping. This should allow the company to be agile in keeping up with the shifting sands of the vaping market, avoiding unnecessary fines or a hit to sales.”

It’s not just BAT, Imperial Brands is being touted as an “unholy bargain” for investors at the moment. With the share price dropping 20% over the last year and a dividend yield of 14.9%, commentators are saying “it’s well placed to scale up when regulations are clearer [and] positioned to deliver sustained profitable growth”.

The Motley Fool points to the fact that senior employees at Imperial Brands are putting their own cash into the business, such is the level of confidence. For example, science director David Newns has put £1.4m into the company’s stocks as the tobacco firm’s value is predicted skyrocket by 50%.

This isn’t restricted to this side of the Atlantic. Vice reports that “Wall Street Is Buying Cigarettes”, and cites an expert, writing “Buy stock in Altria, one of the largest cigarette producers in the world.”

It quotes him saying: “Cigarette volumes have been declining in the U.S. since 1983, and so far, profit has kept growing nicely. We do accept that growth will slow gradually, but we don't expect any sudden decline. In fact, we think that the decline of e-vapour means that the outlook is now better.”

Let’s just let that sit for a moment. The decline of e-vapour means that the outlook is now better?  Many will consider this to be a lamentable state of affairs.

Image by Lorenzo Cafaro from Pixabay 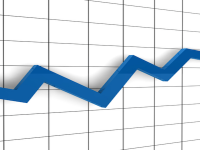 Is The Vape Market Doomed? 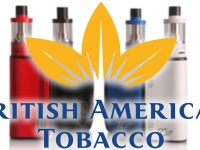