Dame Sally Davies made numerous negative statements about vaping when she was Chief Medical Officer for England. Hopes of sanity returning to the office have evaporated with her replacement, Professor Chris Whitty, urging the Department of Health to seriously consider health claims made against electronic cigarettes.

The Chief Medical Officer for England is the UK government’s chief medical adviser and head of the public health profession. It doesn’t occupy all of his time as Whitty also serves as the Chief Scientific Adviser for the Department of Health and Social Care. He also continues to function as an NHS consultant at University College London Hospitals and the Hospital for Tropical Diseases (linking him with Martin McKee).

This morning, Whitty has told minsters that he holds reservations over vaping and that there continue to be “question marks” over the use of electronic cigarettes in the long term. It is being reported that he is urging them to take his concerns “very seriously”.

Despite all of the evidence showing there is no teen epidemic in the UK, he has moved to warn the government that he has “serious concerns” about tobacco companies using vaping to addict young people.

Whitty told Daily Mail reporters: “We need to make sure history does not repeat itself. The test of whether a product is being targeted at children is if it starts to be increasingly used by children and that will lead to action. If e-cigarettes are increasing in children then we should assume that they are being marketed towards them or at least pushed on them in some way, and deal with that very, very strongly.”

His statement is an absolute failure of logic as ASH UK’s report last year demonstrated that although there is a slight increase in teen use, vaping is displacing tobacco products.

“No-one would claim that e-cigarettes are safer than not smoking at all and so if you don't smoke, don't use an e-cigarette. If you're just using them for a short period to come off cigarettes that isn't such a concern, but obviously if they're using them for long periods it can be, because we don't know what the effect will be and we won’t know for many years.”

This fake objection has been rebutted numerous times: we don’t know what illnesses will develop in the long-term but we do know the numbers effected will be drastically down on the current rate of tobacco-related deaths.

Conflating the independent vape sector with the tobacco industry, he added: “The model of action for the cigarette industry is very straightforward. If you get people early, they get addicted to something which is going to kill them and then once they're addicted, they say it's all about choice.”

Whitty’s comments accompany his announcement that he intends on looking closely at CBD products – and (laughably) raised concerns about “trace amounts of the harmful tetrahydrocannabinol”.

It is beyond clear that tetrahydrocannabinol (THC) is not the harmful element in the American outbreak of EVALI lung disease. The CDC has finally stated that the problem relates to the Vitamin E Acetate cutting ingredient.

John Dunne, director at the UK Vaping Industry Association (UKVIA), responded to the Chief Medical Officer’s warnings on LBC this morning. He said: “The vaping market here compared to the US is far more advanced and regulated. We have not seen an uptake of similar lung issues as the US, which have now been linked to a THC liquid.”

Again, the Chief Medical Officer for England is failing to make clear evidence-based statements to allay worry. This one is also focussing on populist rhetoric grounded in an ideological stance rather than science. The CMO should stick to facts and not feelings. 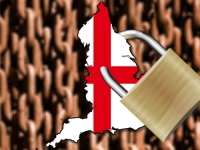 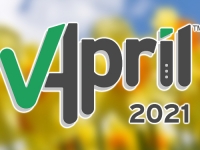 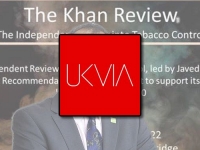