The World Health Organisation (WHO) posed itself a series of questions about vaping and then provided its own answers. The responses the organisation gives itself beggars belief, but at least it is due credit for being honest about its rank stupidity. Genuine experts slam WHO for being anti-vaping and disingenuous.

“The WHO has a history of anti-vaping activism that is damaging their reputation. This document is particularly malign” - Peter Hajek

The WHO questions and answers:

Q – Are e-cigarettes and other vaping products dangerous?

A – “There is growing evidence to show that ENDS use could cause lung damage…By 10 December 2019, the USA reported more than 2409 hospitalized cases and 52 confirmed deaths”

Q – Should ENDS be banned?

A – “Countries can choose. ENDS are currently banned in over 30 countries worldwide, with more and more countries considering bans to protect young people”

Q – Should ENDS be regulated?

A – “There is not enough evidence”

Q – What is WHO doing about ENDS?

A – “WHO regularly monitors and reviews the evidence,” and then proceeds to ignore the honest research.

If WHO aren’t going to be genuine about the facts regarding vaping, at least we have British experts who are prepared to raise factual points and highlight its errors. Dr Nick Hopkinson, Reader in Respiratory Medicine at the National Heart and Lung Institute Imperial College London, said: “We know that e-cigarettes are substantially safer than smoking, because the toxic substances present in cigarette smoke are either completely absent, or present at much lower levels.”

“Evidence from randomised controlled trials shows clearly that e-cigarettes can help smokers to quit. Smokers who switch completely to vaping will gain a significant health benefit. Long term use of e-cigarettes is not completely harmless, so people who vape should aim to quit that too, though not at the expense of going back to smoking.”

“Products on sale in the UK are regulated by the MHRA and have to meet the requirements of the EU tobacco products directive which limits their contents, strength and advertising.”

Professor Peter Hajek, Director of the Tobacco Dependence Research Unit at Queen Mary University of London (QMUL), added: “The WHO has a history of anti-vaping activism that is damaging their reputation. This document is particularly malign.”

“Practically all the factual statements in it are wrong. There is no evidence that vaping is ‘highly addictive’ – less than 1% of non-smokers become regular vapers. Vaping does not lead young people to smoking – smoking among young people is at all time low. There is no evidence that vaping increases risk of heart disease or that could have any effect at all on bystanders’ health. The US outbreak of lung injuries is due to contaminants in illegal marijuana cartridges and has nothing to do with nicotine vaping. There is clear evidence that e-cigarettes help smokers quit.”

“The authors of this document should take responsibility for using blatant misinformation that is likely to prevent smokers from switching to a much less risky alternative.”

Professor John Britton, Director of the UK Centre for Tobacco & Alcohol Studies and Consultant in Respiratory Medicine, University of Nottingham, was also damning of the WHO Q&A: “This WHO briefing is misleading on several counts. It implies that vaping nicotine is the cause of the 2019 US outbreak of severe lung disease, when it was in fact vaping cannabis products.

“It says that there is no strong evidence that vaping is an effective means of quitting smoking, when in fact there is clinical trial evidence of the highest standard demonstrating that vaping is more effective than the nicotine replacement therapies that the WHO endorse. It responds to the question of whether e-cigarettes are more dangerous than tobacco cigarettes by suggesting that we don’t know, when in fact they are clearly less harmful.”

“In these ways alone, the WHO misrepresents the available scientific evidence.”

The Q&A signs off with a glib phrase: “WHO strives to build a safer, healthier world for everyone, everywhere.” Everyone that is apart from smokers and ex-smokers who now vape. 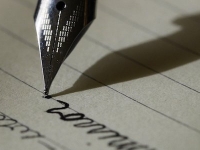 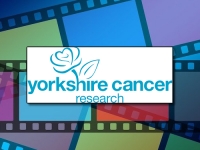