The Vaping Trade Association of New Zealand (VTANZ) says that delays to common-sense regulation of vaping is helping nobody, according to spokesperson Jonathan Devery. VTANZ sent Associate Health Minister Jenny Salesa a letter back in December saying that her reluctance to move forward with sensible regulations is a detriment to both adult smokers, vapers and children.

“The Government keeps promising to regulate vaping. However, with no end in sight independent Kiwi vape businesses are left hanging and many smokers remain confused about transitioning to something that’s actually 95% safer”, says Devery.

“We have been calling for regulation for several years now, and since 2018 the Government has been saying it’s only a month or two away, but still nothing. Surely the Government can make a pre-announcement of the proposed legislation before Parliament resumes? That would give considerable comfort to both consumers and local businesses,” he added.

Last month Prime Minister Jacinda Ardern said she was pushing for vaping regulation to be delivered “as soon as possible”. She also pointed to ongoing debate inside the Government as to what degree vaping regulations should mirror the country’s zero-tolerance smoking regime.

“The two should never be directly linked in any public policy but the longer this drags on, that is our fear. Cigarettes are the single most harmful product legally available across the counter. Vape products are harm reduction tool and represent a smoker’s best chance of quitting cigarettes for good. If they’re serious about Smoke Free New Zealand, we’re calling on the Government to encourage this transition, not confuse the two.”

Mr Devery says given the Government’s well-being focus, it’s important to note that cigarette addiction hits lower socio-economic communities the hardest. Despite another tobacco tax hike on 1 January, evidence suggests that such at-risk individuals do not quit smoking. Rather they just move to a cheaper brand of cigarettes, hence why the Maori and Pacific Island smoking rates remain largely unchanged.

Associate Health Minister Jenny Salesa says her goal is to introduce the Smoke-free Environments (Vaping) Amendment Bill by the end of this parliamentary term. She has already indicated that the Government will restrict marketing and ban the most successful flavours for adults.

“We are all for mandatory high safety standards, R18 sales, and are totally against youth marketing. However, all this talk and no walk means hundreds, if not thousands, of Kiwis who work in and around the local vape industry cannot fully plan their futures,” says Mr Devery. 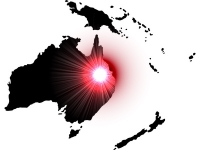 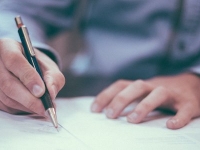 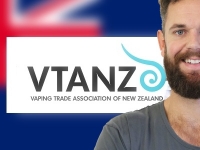