“In an era of anti-expert populism,” writes Anna McKie, “it is more important than ever to stand up for scientific truth.” Professor Linda Bauld has been doing precisely that for vaping – but has been attacked in the process. Now she claims that tobacco controllers are trying to dig up dirt to muddy her reputation.

McKie says that professionals attempting to speak out for truth and honesty places them at “high risk of personal attack”. One of those she spoke to about advocacy was the Bruce and John Usher Chair of Public Health in The Usher Institute at the University of Edinburgh, President of the Society for Research on Nicotine and Tobacco Europe, and Deputy Director of the UK Centre for Tobacco and Alcohol Studies. Bauld has been advocating for vaping since evidence began firming up the notion that it presented reduced risk to nicotine users [link].

Bauld was called “biased or lazy” by the tobacco industry. “For decades, they used well-established techniques to try and spread doubt about the science. The worst period I had was the trolling. The police were involved. I had hate mail delivered to my door. I had anonymous phone calls.”

But, according to McKie, “ironically, her more recent work suggesting that e-cigarettes are less harmful than traditional cigarettes has elicited criticism that she is now in the pocket of the tobacco industry.”

Bauld spoke about how many of the groups campaigning against vaping are “in effect prohibitionist, rejecting the role of harm reduction in public health policy regarding tobacco.”

Linda tells her that it “makes it really personal. You end up questioning: ‘Am I doing the right kind of science?’”

According to Bauld, there is now a group of people in Australia who are digging into her life and work in an attempt to find links between her and the tobacco industry so that they can discredit her statements. The publishing of the article drew protestations of innocence from many leading lights in the Australian tobacco control community.

Bauld told McKie: “They find meetings I’ve attended to see if someone from the tobacco industry was there so they can say I am biased. But the accusations [that she is taking money from e-cigarette companies] are fundamentally wrong. The industry attacks were really unpleasant, but these are professionally hurtful in a different way.”

Bauld claims that these attacks have prevented her from being published in journals and invited to conferences and that this helps contribute to misleading the public.

The full article, carried in the Times Higher Educational, is linked below. 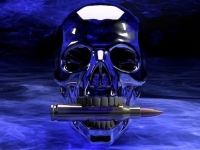