McKee Concerned For You and Yours

BBC Radio 4’s ‘You and Yours’ host Winifred Robinson asked, “How worried should we be about school age children vaping?” In order to provide a balanced a fair response to the question she invited Professor Martin McKee into the studio.

Robinson coloured the proceedings from the off by stating: “British paediatricians warn the number of British children smoking e-cigarettes is being grossly underreported in the official figures, and they are calling for tougher controls on vaping sales and marketing.”

Then Robinson accentuated how removed the BBC can be from delivering fair and balanced coverage of important issues by stating that “India has banned products from sale because so many young people are taking up vaping”. India has provided absolutely no evidence that this is the case and it is widely accepted the country is taking the action for corrupt financial reasons.

“In America, several states have banned flavoured e-cigarettes,” she continued (doing McKee’s work for him, “after 47 deaths and more than 2000 cases of lung disease, mainly among young men, again linked to vaping.”

Resembling a tweet from the U.S. Surgeon General, Robinson then invited a mother to give an anecdotal account of how her son had been caught vaping. He’d got away with it for so long, apparently, because the smelly habit that people object to “didn’t smell”.

“I literally don’t know a single family, of all our friends with children that age, where they haven’t been effected by vaping in the last year,” claimed the mother in her clipped received pronunciation. “And there are children from Year 8 up to age 18 who’ve all been effected.”

Vapers literally don’t know why people like this are interviewed as their personal stories lack any credibility. Never fear, Professor Martin McKee came along to put everything into perspective.

“I’m not convinced [by Public Health England saying regular teen use remains low] because the figures seem implausible,” said the Irishman, “when you look at the reports from schools and parents and elsewhere.”

Genuine annual studies are wrong, but anecdotes and guesswork are now what constitutes good science in McKee’s world.

“The figures that are published by Action on Smoking and Health, and also used by Public Health England, group together the 11-18 year old group, so the, the, lower you bring the age group down, of course, because vaping will be less common among 11 and 12-yr olds than it will be among older groups, that tends to reduce the headline figure,” he continued.

The headline figure that has demonstrated no shift, but he failed to add that bit in.

“This is something children and young people are reluctant to talk about,” he waffled. “We really do need to question how valid these figures are.”

Now he is claiming children are lying to ASH UK, Cancer Research UK and Public Health England, because they are ashamed to admit to something he has no evidence they’re doing but believes they are. McKee couldn’t get more ridiculous.

Martin McKee needs to remove his tinfoil hat, clamber off his ley line, put down his Guide To The Flatter Earth and stop waving his antivaxxers flag. If he has genuine evidence from the UK that vaping is prolific among teens then he should present it or shut up. He is a danger to the lives of smokers who may believe his nonsense.

How can the BBC countenance having people like this on when they are simply sharing opinions and feelings rather than evidenced facts? 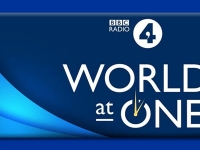 McKee The Out And Outlier 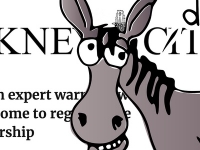 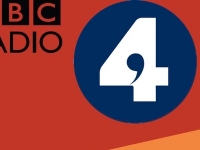