ALA Pushes Quit or Die

“Quit, don't switch”, exclaims the American Lung Association (ALA), because it is “very concerned about the increasing rates of vaping and the failure of the Food and Drug Administration (FDA) to crack down on the false quit smoking claims made by e-cigarette manufacturers”. Rather than abiding by its ‘tell the truth’ slogan, the ALA is going all out on the lies.

“The Food and Drug Administration has not found any e-cigarette to be safe and effective in helping smokers quit. While the e-cigarette industry tells smokers falsely that switching to their products is safer and can help them quit,” lies the ALA.

With nothing being safe, the ALA is ignoring the evidence that vaping works as a quit tool and is substantially safer than smoking. “Misinformation about e-cigarettes is rampant,” claims the organisation…conveniently missing out that it is one of the main sources that propagates half-truths and outright lies.

“Here are some straight facts about e-cigarettes,” it says. Apparently “e-cigarettes are tobacco products”. Rather than being at least 95% safer, the ALA says “vaping is in fact harmful”.

Doctor Albert Rizzo, ALA’s liar in chief, said: "One of the biggest problems with e-cigarettes is that many people have switched to e-cigarettes believing it will help them quit tobacco products, which it doesn't. Many of them become dual users, meaning they smoke cigarettes when they can and use vaping devices at other times.”

"E-cigarettes were designed to appeal to people who wanted to use something beside a cigarette, or in addition to a cigarette. Instead of helping smokers quit, e-cigarettes have rapidly created another generation addicted to tobacco products by marketing products that appeal to kids, including flavoured products like gummy bear, unicorn blood and bubble gum – even apple juice."

Such imbecility stands in stark contrast to the information being given out by the British Lung Foundation (BLF).

In its recent update, the BLF pointed out:

Vaping is not completely safe but it is at least 95% safer than smoking, with some experts saying it is even safer than that. Sensible advice is that non-smokers should not start vaping – but current smokers should try switching as soon as possible. 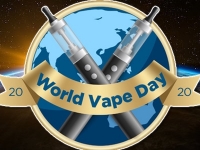 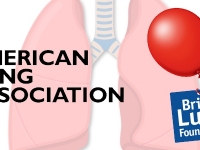