Sarah Hepworth, Tobacco Control Lead and Health Improvement Principal at Sheffield City Council, believes Smokefree Sheffield offers a “pragmatic approach” to tobacco related disease. She is keen that people understand the truth about vaping matters, especially in light of the scare stories cropping up following the US lung disease outbreak.

“Following reports of an outbreak in the US of serious lung disease and recent deaths linked to vaping the US Centre Disease Control (CDC) have discouraged people from vaping and there are moves to ban them in various US states such as San Francisco. Countries across the world such as Australia have already followed this line,” states Sarah.

She is keen that people understand the problems being seen in the United States are related to illegal fluids bought from the black-market containing cannabis products like THC, synthetic cannabinoids like Spice, and using the thickening agent vitamin E acetate oil.

“UK regulated nicotine products do not contain THC or Vitamin E acetate,” she says. “Vaping products should only be sourced from reputable shops who are compliant with the TPD regulations.”

“The UK has not, despite recent press reports, been hit by a similar epidemic: among a vaping population that stands at 3.6 million there are only two known cases of lipid pneumonia/lung injury. Unlike the US the UK Tobacco Product Directive requires all vaping products and e-liquids to be registered with the Medicines and Healthcare products Regulatory Agency before they’re sold in local shops.”

Dr Nick Hopkinson, British Lung Foundation’s Medical Director and Respiratory Medicine expert at Imperial College London, is quoted as saying: “It’s possible the patient’s illness could have been due to an allergic response to a component of e-cigarette vapour. However, in this kind of condition it can often be difficult to make an accurate diagnosis or know for certain what the cause is. This kind of lung disease can sometimes occur spontaneously without any obvious trigger. If this was a common problem or a significant risk we would expect many more cases.”

Sarah Hepworth says a review has been conducted in in Sheffield looking at the emerging evidence. She says the position on vaping and advice to smokers remains the same:

Image: Sheffield by Wiki user St BC at English Wikipedia 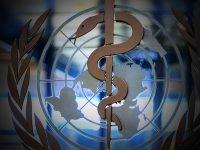