Dame Sally Davies left her post as England’s Chief Medical Officer at the beginning of the month but still believes her opinions hold weight as she calls for an American style ban on eliquid flavours. Experts have lined up to point out the shortcomings in her logic.

The doctor who failed her eleven-plus recently said: “Vaping is a lot safer than smoking tobacco and probably a good way to help people quit. But I would prefer it if we did not have flavoured e-cigarettes because I think that is the kind of marketing that can appeal to children. I think we don’t know what the long-term consequences are.”

Previously, Davies said: “I would not have them smoked in public places. I hate it when I walk past someone and they waft vapour over me. We are talking about pollution and we want people to live in clean air, so why do we let them smoke in public places and waft it all over us?”

She is also on record as inventing a problem, saying vaping butterscotch flavour can give vapers “butterscotch worker’s lungs”.

What flies over Davies’ head is that there has not been a single UK incidence similar to the lung issues occurring in some parts of the States.

John Britton, director of the Centre for Tobacco and Alcohol Studies at the University of Nottingham, told a briefing in London: “It looks as if it’s a cannabis vaping problem. It’s not happening here. It’s a US specific problem.”

Britton is concerned that approaches such as the one Davies proposes risks ruining the magnificent gains vaping has given to the nation’s smokers.

“Between 2011 and 2018, smoking in the UK has fallen by an average of 0.9 percentage points a year. That’s twice as fast as in the US, and three times as fast as in Australia, where e-cigarettes containing nicotine are illegal. It’s also as fast a decline as we have ever experienced in recent history.”

Worse, pronouncements like Dame Sally’s risk reversing those gains, according to Ann McNeil, professor of tobacco addiction at the Institute of Psychiatry in London. She said the recent University College London Smoking Toolkit Study suggested there was an increase in the proportion of people choosing (and failing) to go cold turkey instead of switching to vaping. She suggested misplaced fear messages was contributing to this situation.

“When asked about harms only 30% know the right answer, which is that vaping is less harmful than smoking,” said McNeill.

McNeill disagrees with Davies: “Many adult smokers say they need the flavours if they’re going to use e-cigarettes; it’s the flavours that make them palatable. Banning flavours might therefore prolong the smoking habit for many. It would be a great shame if people were deterred from using e-cigarettes because of what’s happening in the U.S.”

Britton addressed Davies’ other objection: “Vaping in an enclosed space... is a courtesy issue. There's no evidence of harm to other people. Most of what comes out in the vapour is water. It's a courtesy issue, and if you send the vapers out to smoke or to vape with the smokers you are putting them directly into contact with the drug they are trying to quit. You wouldn't send the methadone user out with the heroin addicts.” 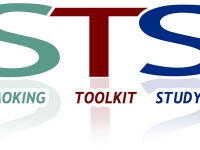 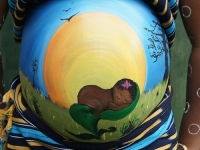 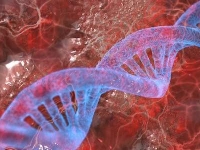