Tanks For Not Vaping

Army Foundation College Harrogate has declared vaping to be “unacceptable” for recruits and conflates it with smoking. Teen recruits joining the UK’s primary training centre this week will find that vaping is banned because it isn’t “isn't compatible with health, fitness and developing potential”. Lieutenant Colonel Richard Hall says he expects criticism of the action. The college has previously been embroiled in a bullying scandal.

Lieutenant Colonel Richard Hall said: “Most recruits don’t smoke on arrival, yet most do by graduation. This is unacceptable. We stand for health, fitness and developing potential and smoking isn’t compatible with this philosophy. We are banning it for recruits from next week and will be smoke free for all in 2020.”

“I expect critics... we have discussed College options at length over many months.  But fast forward to March and nobody will be saying ‘let’s build smoking shelters and factor smoke breaks into the programme to help our non-smoking teenagers cope with ‘stress’.”

Twitter user Gary McDade pointed out: “smoking isn’t illegal at 16. Think it’s a great initiative but wondering where it stands, banning something that is legal. Can someone be disciplined for doing something the law says they are allowed to do?”

Lieutenant Colonel Hall told him to, “Get with the spirit of this.” He went on to add that there’s “no issue on being a smoker as a member of staff - they just will not be allowed to smoke on camp or in front of recruits when deployed (already in place). Suspect this will become the norm across the MOD - makes sense to lead it here given the age of our trainees”.

Matt Simpson, Section Commander at AFC Harrogate, commented: “Agree with this decision massively. Having seen the influence a few smokers have on a platoon/company and how it grows as the intake progresses it was definitely a problem that's now been sorted.”

Regimental Sergeant Major Stevan Skinner added: “We have 1 x Coy at the College who started in March with 336 junior soldiers. 20 smoked and now over 130 smoke. Those who smoke 15 to 20 a day are spending £70 per week and a total of £3640 per year. I think that an incentive on its own as well as having a healthier lifestyle.”

3 Brigade’s Brigadier Scott Winter said: “What a great example. I could not agree more with this approach. We’ll soon be commencing our quit smoking campaign in 3 Brigade.” 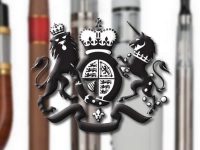 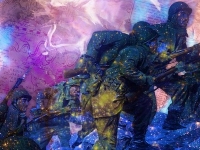 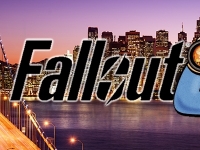