An ad for Diamond Mist Eliquids appeared on the side of a bus during April and May. It was reported to the Advertising Standards Authority (ASA) as it featured a man bearing a resemblance to the athlete Sir Mo Farah, and bore the phrase, “Mo’s Mad for Menthol”.

The advert featured an image of the eyes and eyebrows of a bald-headed man, along with the text: stated “Mo’s Mad for Menthol. Explore Our Vape Flavours: Find Your Favourite #switchtomist. Some Eliquids contain Nicotine Which Is A Highly Addictive Substance”.

The ASA received three complaints about the advert (that also featured in another form on the company’s Instagram page). The complainants “believed that the man looked similar to the athlete Sir Mo Farah, challenged whether the ad misleadingly implied that he had endorsed the product.” 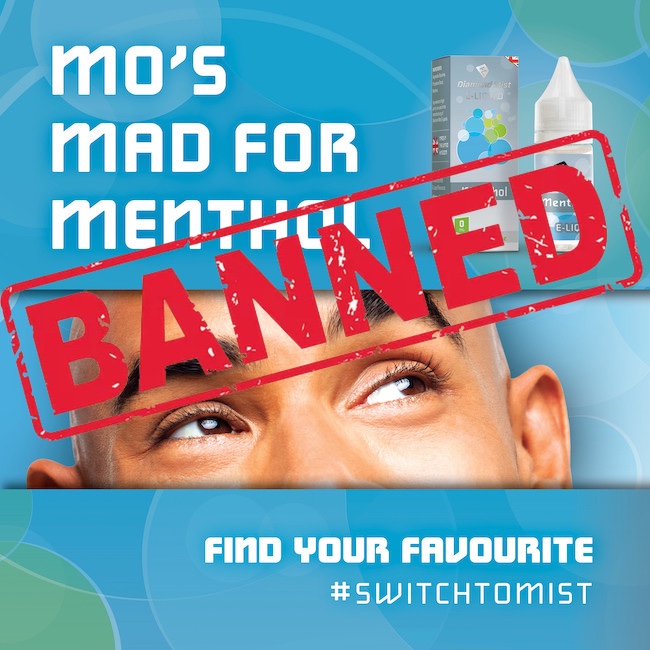 Diamond Mist Ltd claimed, “the campaign was intended to appeal to a wide number of people, inclusive of all genders and ethnicities. It was created to connect a range of personal names to the various e-liquid flavours they sold by using alliteration and a strong colour palette. The campaign included an ad based on the name Mo in addition to several other names, such as Claire, Lucy and Wang. They said that the skin tone of the model in the ad was not similar to that of Sir Mo Farah.”

The ASA upheld the complaints. The organisation said: “The ad featured the eyes of a male model with a bald head. While the ASA noted that the model’s skin tone was lighter than that of Sir Mo Farah, his bald head and eyebrow shape were reminiscent of Sir Mo’s. The first name Mo (short for Mohammed) was very common, but we considered that Sir Mo Farah was one of the most recognisable and well-known figures in the UK to go by that name. We noted that Sir Mo Farah had tweeted about the ad, saying that he did not feature in it and had not endorsed the product.” 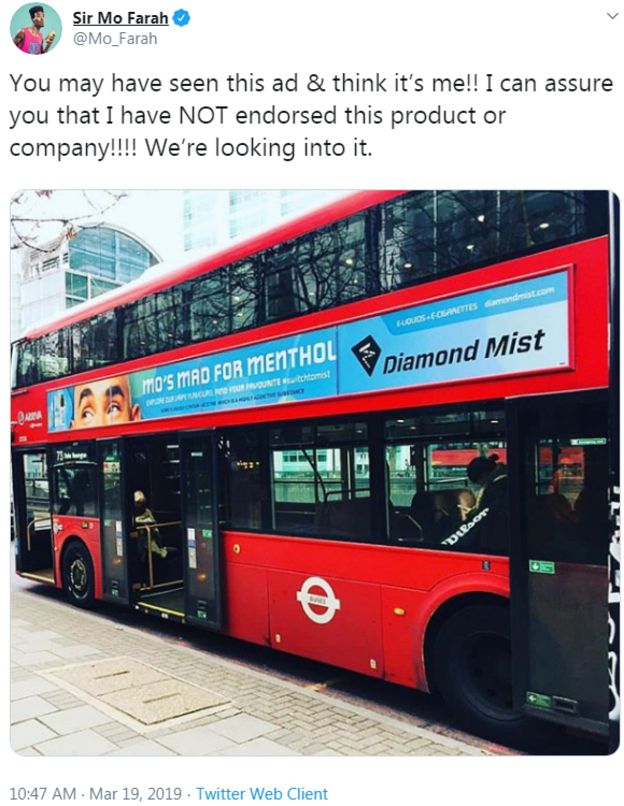 “We acknowledged the ad was part of a campaign that featured similar ads with straplines playing on the alliteration between a character’s name and an e-liquid flavour. However, consumers would see the ad in isolation and would not necessarily be aware of that context.”

“Overall, we considered that the ad was likely to give consumers the misleading impression that the product had been endorsed by Sir Mo Farah. We therefore concluded that the ad breached the Code. The ad breached CAP Code (Edition 12) rules 3.1 (Misleading advertising), 3.45 and 3.48 (Endorsements and testimonials).”

The ASA have instructed Diamond Mist Ltd not to use the advertising again and “not to imply that Sir Mo Farah, or any other person, had endorsed their products if that was not the case.” 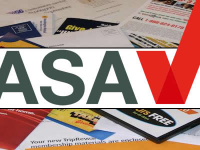 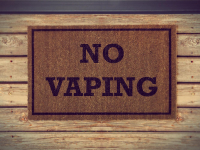