The World Health Organisation (WHO) has released a new report “On The Global Tobacco Epidemic”. It has been funded by anti-vape billionaire Michael Bloomberg, who also acts as WHO Global ambassador for Noncommunicable Diseases and Injuries Founder. Understandably, the document has been strongly criticised from many individuals and bodies.

Introducing the report, Bloomberg says: “This report shines a spotlight on global efforts to help people quit tobacco, and it details some of our most important gains. India, for example, has greatly increased access to services through an innovative program that allows participants to enroll [sic] and receive tailored support to quit on their mobile phones.” 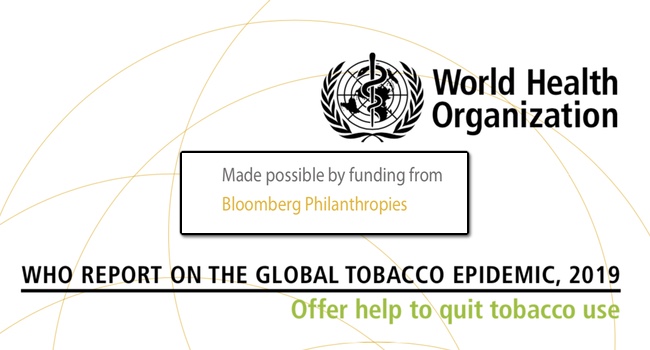 Holding India up to be an example of what nations can do to reduce the harm caused by tobacco is nonsensical given the ridiculous bans on vaping and the links between the government and the tobacco industry.

The report states WHO wants to address “challenges” such as the “hundreds of categories and brands of electronic nicotine delivery systems and heated tobacco.” Ever wanting to slam down restrictions, it adds, “These new challenges point to the need for further regulation.”

It says: “The tobacco industry has a long history of systemic, aggressive, sustained and well-resourced opposition to tobacco control measures. While some strategies are public and others more covert... all have the goal of weakening tobacco control.”

It attacks the Foundation for a Smoke-Free World (FSFW), pledges it will never cooperate with it and demands governments follow that lead. The FSFW offers funding to governments, universities, researchers, UN agencies, and other international bodies. The aim of this funding is only to reduce tobacco-related harm.

Last month, Michael Møller, the outgoing director of the UN Office at Geneva, wrote to UN Secretary General António Guterres. He questioned the purpose of the existing ban on tobacco company engagement and advocated a more collegiate approach. 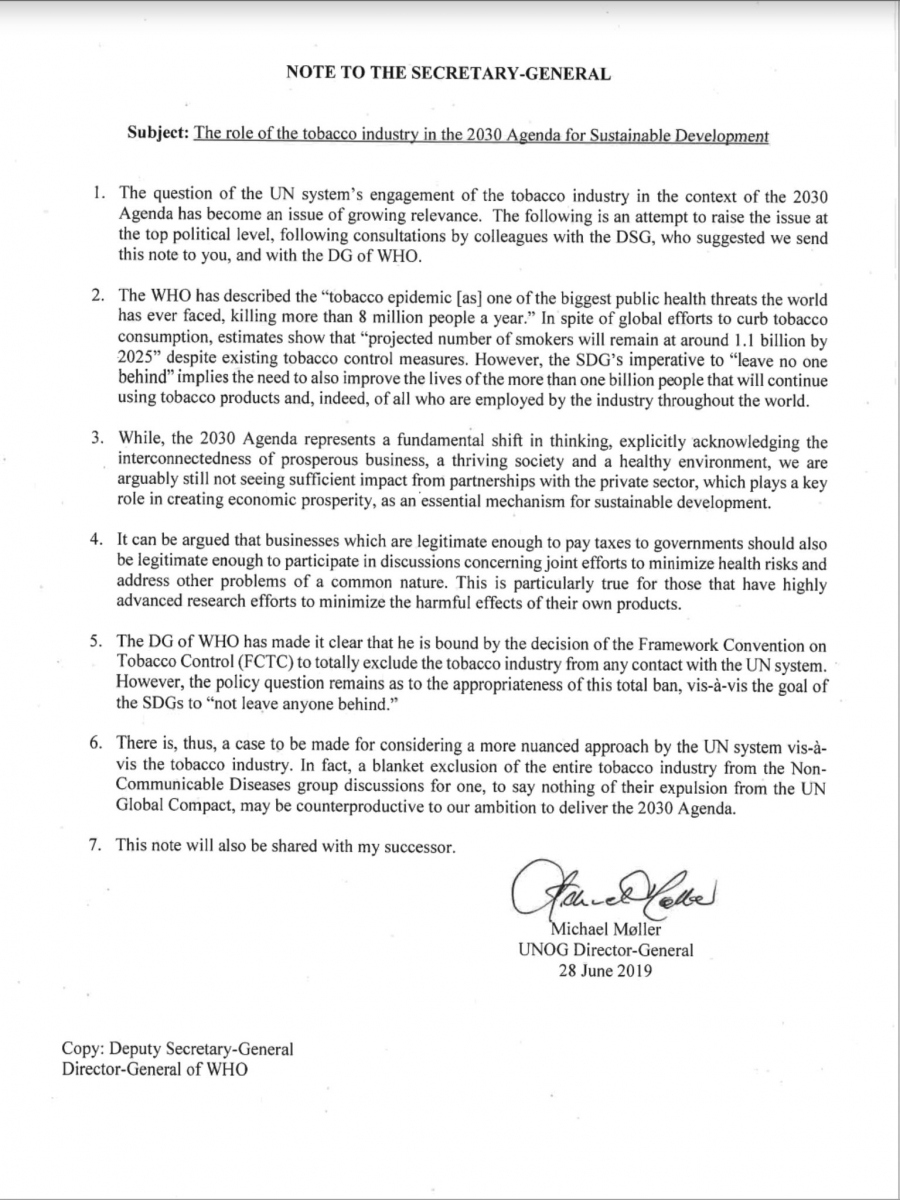 Vinayak Prasad, programme manager of WHO's tobacco control unit, said: “There is no difference between cigarettes and heated tobacco products except that in terms of exposure: the exposure is less and the smoke is not visible.”

Prasad went on to claim there is no evidence that vaping works as a smoking quit tool and probably works as a gateway into smoking.

Dr Moira Gilchrist, Vice President at Philip Morris International, said: “Group of unelected bureaucrats issue report funded by an ideological billionaire. They’re all in harm reduction denial. Out of step with science. Out of step with public opinion. The question is: Why?”

“The WHO report reiterates the discredited argument that e-cigarettes are a gateway for young people to start smoking. Yet only last month, research published by anti-smoking charity, ASH, found that vaping remains uncommon among young people and is almost exclusively confined to current or past smokers.”

Deborah Arnott, chief executive of ASH, spoke at the release of the charity’s findings: “We need to be vigilant and continue to monitor e-cigarette use among young people. However, smoking prevalence among children and young adults in Britain has fallen substantially since 2010, which doesn’t indicate that vaping has been a gateway into smoking.” 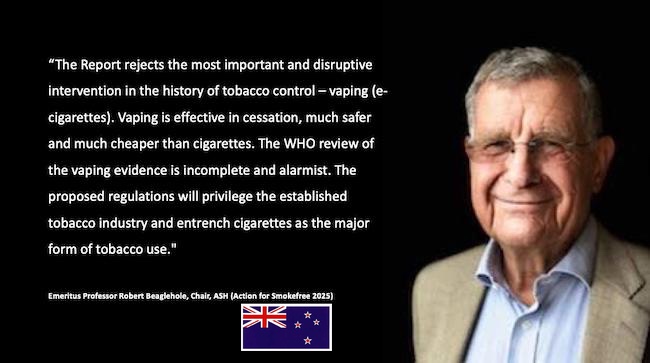 NNA Chair Martin Cullip said: “The UK boasts some 1.7 million former smokers who have converted from smoking to exclusively vaping instead. It is extremely likely that this behavioural shift has been driven by the availability of e-cigarettes and their promotion by public health in the UK. If the WHO truly wants to drive down smoking rates, it must consider the growing body of evidence that vaping is an effective way to help people to quit. The WHO and the tobacco control lobby seem to have abandoned health altogether in favour of just attacking industry.”

In contrast to Bloomberg’s WHO report, the NHS currently offers the following advice:

On nicotine, the NHS states: “While nicotine is the addictive substance in cigarettes, it's relatively harmless. Almost all of the harm from smoking comes from the thousands of other chemicals in tobacco smoke, many of which are toxic. Nicotine replacement therapy has been widely used for many years to help people stop smoking and is a safe treatment.”

And finally, the NHS adds: “There's no evidence so far that vaping causes harm to other people around you.”

It’s high time the WHO got on board with harm reduction for the benefit of everybody.