Facebook has unveiled a new policy to restrict sales and limit content related to alcohol, tobacco products, and vape paraphernalia. It means vaping is now classified as a tobacco product and this is likely impact pages and Facebook groups.

“To encourage safety and compliance with common legal restrictions, we prohibit attempts by individuals, manufacturers and retailers to purchase, sell or trade non-medical drugs, pharmaceutical drugs and marijuana. We also prohibit the purchase, sale, gifting, exchange and transfer of firearms, including firearm parts or ammunition, between private individuals on Facebook,” writes the social media platform.

Now, joining guns and illegal drugs, is a ban on selling vape products – placing vaping on par with firearms and classifying it as a tobacco product.

The selling of alcohol and tobacco products was already prohibited in certain places on Facebook, such as the Marketplace ecommerce destination. The announcement stretches the prohibition on the social network to what they refer to as “organic content” – the things we post and the groups we use.

Facebook announced that the new policy will “ban private sales, trades, transfers and gifts of alcohol and tobacco products on Facebook and Instagram, and it will enforce this updated policy with a mix of artificial intelligence, human review and reports from users.”

Questions have been raised in vaping groups about whether this will affect them – the likely answer is “Yes”.

The new policy applies to all groups that have been created for “the sale or exchange of these products”. Facebook said it would be alerting group administrators about the changes and this morning has seen a rash of groups changing their settings and titles.

“The company is enforcing the new rules and may remove any groups that do not make necessary changes,” according to the spokesperson.

Influencers and YouTubers will still be allowed to provide links to their content at the moment, but Facebook has said it is considering changes to its policy and the likelihood is that this will soon be banned. 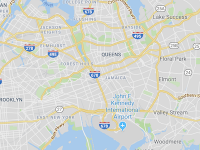