The Statistics on Smoking, England: 2019 report is a compendium published by NHS Digital, which also includes data from Public Health England and the Office for National Statistics. It shows smoking down, vaping up, no renormalisation of smoking and no gateway effect. In addition, youth vaping remains at very low levels and is confined to current smokers.

The new NHS report highlights how an enlightened approach to vaping and tobacco harm reduction has benefits for society by improving health and reducing costs. 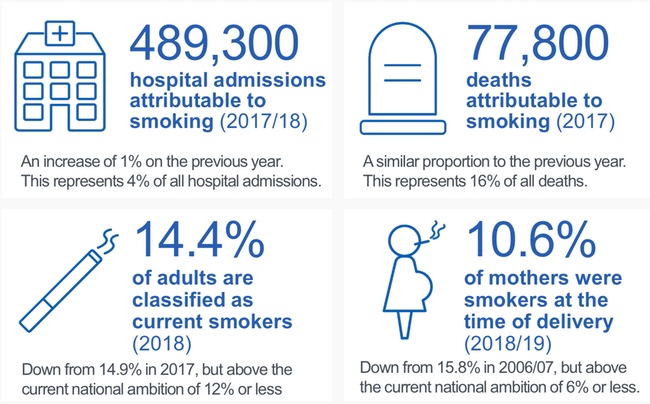 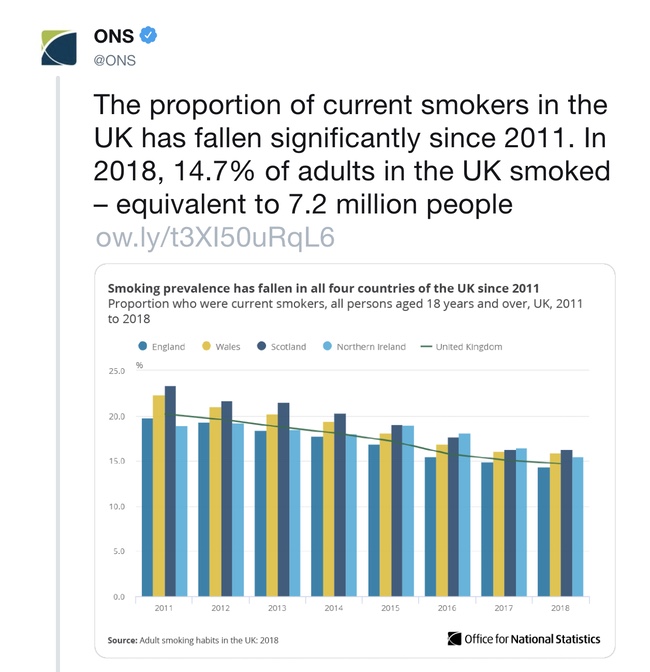 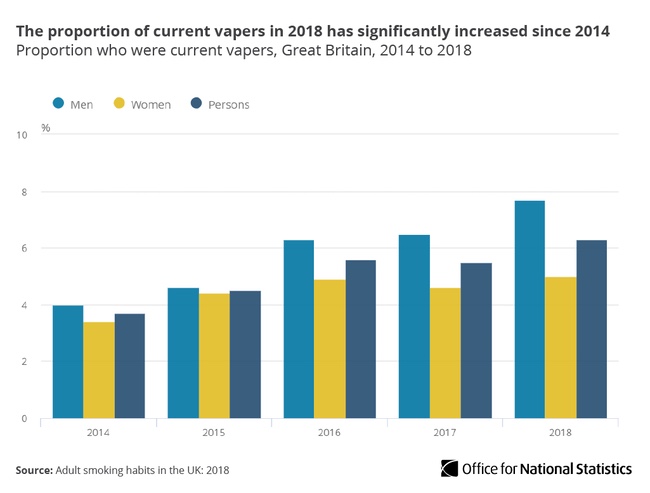 When it comes to perceived harm, 30% of current smokers still see vaping as offering a similar harm to smoking. Views of harm are influenced by having ever used a vape device: Smokers were more likely to believe e-cigarettes are less harmful if they currently use one; 89% compared to 62% of smokers who have never vaped.

Regular teen smoking has continued to drop. A quarter of pupils (25%) reported they had ever used e-cigarettes, up from 22% in 2014. Regular vaping has increased from 1% to 2% since 2014. This means tobacco-related harm has been reduced without triggering an “epidemic”. Boys were more likely than girls to be current e-cigarette users.