JUUL Labs, the company behind the JUULpod, has announced a dual-prong strategy for growing its vape market share in the United Kingdom. It is planning on broadening the number of products available coupled with redefining what JUULpods are. Predictably, voices of concern are being raised.

A national newspaper declared JUUL Labs as, “the firm behind US teen vaping epidemic” in its coverage.

JUUL has stated that it plans of adding it Apple Orchard “freshly picked apple flavour with a crisp finish”, Mango Nectar “tangy flavour with notes of tropical fruits”, and Alpine Berry “berry flavour with bright and fresh notes” pods to its current listings across 55,000 outlets.

The decision has been questioned due to the fact that the company agreed to pull these flavours from American stores following the Food and Drug Administration inventing the teenage vaping epidemic through massaging its data.

JUUL has products listed with convenience stores, Sainsbury’s and Boots the Chemist. It is currently in talks with other major supermarket chains to obtain further listings. This caused upset at a recent schools conference.

Shaun Fenton, the chairman of the Headmasters and Headmistresses’ Conference, said: “Children are not smoking. They are vaping instead. They see online personalities blowing smoke rings, which were cool in the 1940s and are cool again now. Kids are following them on social media.”

Luke Tryl, director of the New Schools Network, added: “Companies like Juul marketing flavours that will be attractive to kids are irresponsible in the extreme. I’m surprised Public Health England aren’t taking a stronger stance. If they don’t, then ministers should.”

Despite the linking of JUUL products to the slur that they are being marketed to American teens, JUUL does not reward social influencers for product promotion, has blocked all kinds of marketing that could be construed as aimed at younger people, has implemented an age verification process on its website, and curtailed the use of social media for promotion.

A JUUL spokesperson said: “JUUL Lab’s mission is to improve the lives of the world’s one billion adult smokers by eliminating smoking, the leading cause of preventable death. We are adamant that no young person or non-smoker should ever try our product. Since launching in the UK last year, we have implemented strict policies to prevent anyone underage accessing our product: exceeding legal and regulatory requirements.”

Dan Thomson, JUUL Labs UK managing director, explained what he saw as the benefits of the company joining forces with the Altria tobacco company: “We’ve got the biggest manufacturer of cigarettes in America to hasten their own decline. No one has ever done that. Our growth is not the result of marketing but rather a superior product disrupting an archaic industry.”

Money from the tie-up has been allocated to a UK marketing push, where JUUL plans on defining itself as a ‘wellness’ brand. It will aim to position JUULpods as a health product, building on the listing in Boots, and capitalising on Public Health England’s belief that vaping is a safer alternative to smoking. 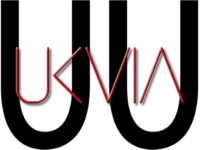 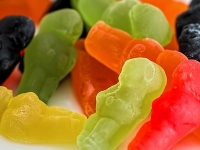 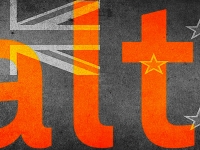