A report was released by the government last August and declared to be “a beacon of enlightenment”. Part of this document highlighted the woeful manner in which NHS patients were being treated, particularly in mental health settings. The New Nicotine Alliance (NNA) believes that, six months later, NHS Trusts are still to act on the recommendations.

The report stated: “NHS England should set a clear central NHS policy on e-cigarettes in mental health facilities which establishes a default of allowing e-cigarette use by patients unless an NHS trust can show reasons for not doing so which are demonstrably evidence-based.”

“We also find it very concerning that there is not a dedicated person within NHS England responsible for implementing the Government’s Tobacco Control Plan.”

The NNA believes the reference to the Tobacco Control Plan was to highlight that the government pledged “to support consumers in stopping smoking and adopting the use of less harmful nicotine products”. Public Health England has also stated that “e-cigarette use is not covered by smokefree legislation and should not routinely be included in the requirements of an organisation’s smokefree policy”, yet these government messages are still clearly not getting through to NHS trusts.

The organisation write: “A new report from Forest – drawing on Freedom of Information requests sent to 200 NHS trusts in England and widely covered by media on Monday – revealed very disappointing results. The use of e-cigarettes was prohibited by 55 per cent of NHS trusts in all their grounds including private cars in the car park, and only 14 per cent planned to amend their policy this year to lift restrictions.”

The NNA says: “A majority of NHS trusts are so out of touch with government policy on e-cigarettes betrays a distinct lack of awareness from NHS managers or, worse, a perhaps ideological and unprofessional reluctance to follow official guidance.”

“It is clear there is a haphazard and uncoordinated approach to the way vapers are treated while on hospital grounds and it seems to us that opportunities are being missed. Banning vaping throughout NHS sites is a blinkered and outdated approach to helping smokers to quit and relies once again on using a big stick where a carrot would produce far more positive results.”

“In their zeal to banish smoking entirely from hospital sites, NHS trusts appear to be hyper-precautionary to the point of being counterproductive towards e-cigarettes too. If the spectacular success of vaping in the past six or seven years tells us anything, it is that smokers – like everyone else – react more favourably to incentives than restrictions, but there is no incentive being offered by a trust which bans vaping everywhere. The only message it sends is that e-cigarettes are as hazardous as lit tobacco so should therefore be avoided.”

The NNA concludes: “We are in the second decade of the 21st century but NHS trusts seem to be stuck in the past and not yet caught up on where the government is going. If NHS England truly seeks to reduce smoking by any means, it should be more imaginative in its approach and, if nothing else, at least listen to the messages coming from government and its institutions.” 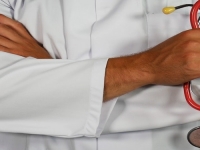